A Celebration of NSBE and the 50th Anniversary of the H. Fred Simons African American Cultural Center 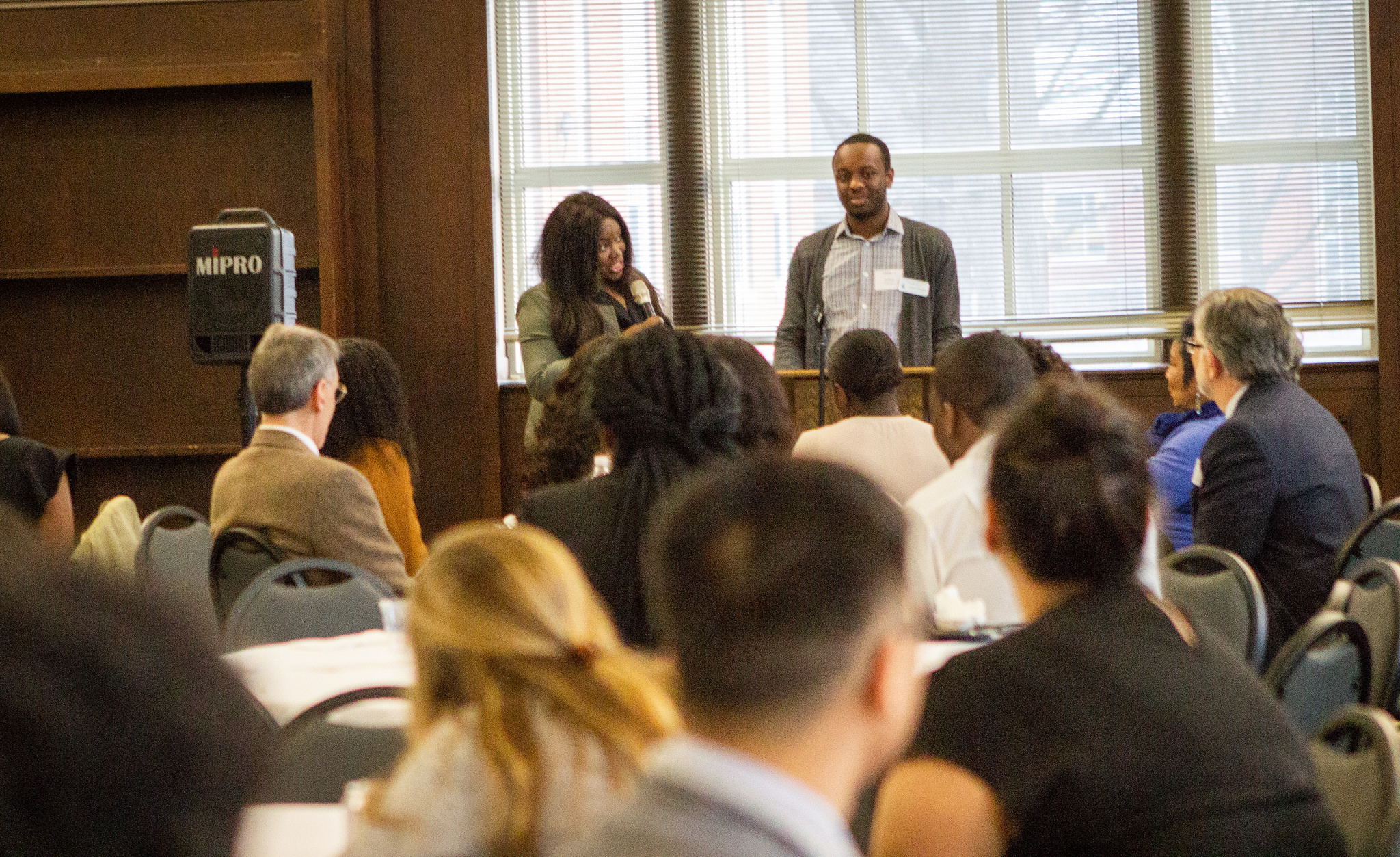 On Wednesday, April 18th the UConn chapter of the National Society of Black Engineers celebrated the 50th anniversary of the H. Fred Simons African American Cultural Center and reflected on their successful year.

The ceremony began with UConn NSBE president, Joshua Crittenden, speaking and recognizing the attending UConn alumni and graduating seniors, stating his thankfulness and appreciation for everything they did throughout the year.

After opening remarks from Crittenden, the graduating seniors were invited to the podium and recognized for their service to the school and their plans post-graduation. Some included jobs at Unilever, Pratt & Whitney, Mary Kay, and some were starting their PHD programs. Many were still waiting to hear back from prospects.

In remarks from Dr. Willena Kimpson Price, Director of the H. Fred Simons African American Cultural Center, she announced that Adriana Turkson, a junior mechanical engineering major, would be taking over after Crittenden graduates.Before handing over the mic, Price stated to Josh, “Your legacy at UConn will never ever be forgotten.”

At the close of the event, the National Chair Elect, Niasia Williams revealed that Crittenden was recently announced to be on the National Executive Board as the Engineering Diversity Chair, but before she swore him into his new role, she was able to get one last congratulatory word out to the assembled NSBE members: