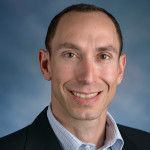 Ventimiglia will direct the university’s Information Systems and Technology Department, in addition to exploring new ideas for education at the institution.

“After an extensive search, we are delighted that Phil has joined us to not only lead information technology operations on the campus, but to help define and implement innovative strategies using technology solutions to advance the university,” said James Weyhenmeyer, Georgia State’s vice president for research and economic development.

“We believe Phil’s new role will be transformative for Georgia State as we continue to look at creative and innovative strategies supporting our goal to be a top urban research university.”

“Even though Georgia State is more than a century old, there’s definitely a willingness to change and try different things,” he said.

Moving beyond today’s online student portals and Massive Open Online Courses (MOOCs), the next step in innovation may not be completely technological, Ventimiglia said.

“The physical experience between the professor and the student is still critical, but how does it get augmented and improved?” he said. “My approach is not to come at it from a ‘we need these technologies point of view.’ It’s what is the experience and what are the benefits that we want to bring to the learning process.”

Ventimiglia grew up in New England. He holds an MBA from Yale University’s School of Management and a bachelor’s degree in electrical engineering from the University of Connecticut. He lives in Suwanee, Ga., with his wife Laura and three children.

She will oversee the DRS intelligence, computing, networking and sensor fusion businesses, including its Tactical Systems and Reconnaissance, Surveillance and Targeting Acquisition business among others.  The C4ISR group is headquartered in Arlington, Virginia, with major facilities in Florida, Alabama, Maryland, Texas, California and the United Kingdom.

“The breadth and depth of Sally’s industry knowledge, along with her established track record of proven results, make her the ideal fit to lead our C4ISR business,” Lynn said. “Her experience of more than 20 years at DRS and elsewhere within the defense industry will help ensure that our C4ISR group will maintain its competitive edge in world-class technology.”

During 12 years at DRS, Wallace has held a number of executive leadership positions in the Maritime & Combat Support Systems business group. As Vice President of Business Operations, she was directly engaged in every aspect of the business, strategically and operationally.  Prior to that, Wallace was Vice President and General Manager of the group’s Power and Control Technologies operating division in Milwaukee, Wisconsin, where she led her team to achieve significant growth.

Before joining DRS in 2002, Wallace was the Business Unit Manager for the Navy Controls Division of the Eaton Corporation. She began her defense industry career as a mechanical engineer at the Electric Boat Division of General Dynamics.

– Giovanni Castro (B.S Civil Engineering, ’96) has been named a resident engineer in the Glastonbury, Connecticut office of Parsons Brinckerhoff.

In his position, Castro will supervise construction activities on the Route 34 – Downtown Crossing Project in New Haven, a project of the City of New Haven with oversight by the Connecticut Department of Transportation. Prior to joining Parsons Brinckerhoff, he was a resident engineer for a Connecticut engineering firm, supervising a variety of highway and bridge projects. He is a member of the Society of Hispanic Professional Engineers.

As vice president, he will serve on the NCEES board of directors and as the zone’s administrative officer through 2015. Purcell is the technical director of the New Jersey Asphalt Pavement Association.  He has been a member of the New Jersey State Board of Professional Engineers and Land Surveyors since 2005 and recently completed his second term as board president.

– Benjamin W. Wargo (B.S. Civil Engineering, ’11), E.I.T., recently concluded two years’ service as a water and sanitation engineer with the Peace Corps in the Dominican Republic.  In his position, Wargo designed then managed the construction of a rural water

system carrying clean drinking water to the doorsteps of 36 families.  In addition to building the system, he collaborated with the community to form a water system management committee and create water usage contracts.  He also taught community members proper system maintenance practices and concrete batching techniques.  In order to prepare for his post, Wargo completed an intensive Spanish language course, enabling him to achieve fluency during his time in the DR. As a secondary project, he designed and assisted the community in the construction of a 50 meter-long gabion wall for erosion control. Wargo will be returning to UConn this fall to pursue a master’s degree in Transportation Engineering.