Matthew Combs (B.S. Civil Engineering, ‘11) joined the Stamford office of Erland Construction.  As assistant project manager and part of the dedicated team of professionals working on the East Windsor-based firm’s $61.4 million Summer House project, Combs tracks budget items, reviews drawings and coordinates the delivery of materials to the site.  Summer House, a twenty-one story luxury apartment building set to open next year, will include 226 units of apartment space, 2,700 square feet of retail and restaurant space, a roof deck and a fifth-floor pool overlooking lower Summer Street in Stamford.  He joined Erland in 2011. 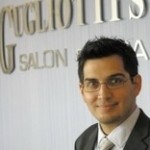 Martin Gugliotti (B.S. Mechanical Engineering/Materials Engineering, ‘01) was named one of 42 winners of the 2014 Hartford Business Journal 40 Under Forty award.  Given annually to Greater Hartford men and women who have achieved a great deal early in their careers and exhibit significant promise for future success, this year’s winners are entrepreneurs, executives, community leaders and up-and-comers.  Co-owner and artistic director at Gugliotti Salon and Spa and dean of students at International Institute of Cosmetology, Gugliotti also co-founded Le’Marca, a leader in innovative styling. Since its inception in 2000, Le’Marca has introduced a full haircare line, stylist tools and ECCO, a revolutionary hairdryer using half the power of typical dryers without diminishing performance.

Robert S. Yorgensen (B.Tech. Mechanical Technology, ‘85), president & chief executive officer of the solar manufacturer STR Holdings Inc., announced the company’s intention to sell a controlling interest to Chinese developer Zhenfa Energy Group Co. for $21.7 million by the end of the year.  Under terms of the agreement, STR will retain three of seven seats on the board of directors after the closing, including Yorgensen; he has been with the firm for 27 years.  After the closing, STR will remain based in Connecticut and its senior management team will continue running day-to-day operations.