Edward J. Fisher (B.S. Mechanical Engineering, ’56) recently published the third edition of his sixth book of fiction, Lands of In-KO-8 Trilogy, through Xlibris Publishing. Prior to becoming writer, Fisher served in the United States Air Force for 21 years and taught at Central Michigan University for 24 years, retiring as a professor emeritus. Kirkus Reviews describes the book as “a sci-fi saga of an alien world, recounting its wars, its near-destruction and its risky restoration.”

Andrew R. Gere (B.S. Civil Engineering, ’92) was promoted to chief operating officer at San Jose Water Company, a wholly-owned subsidiary of SJW Corp. In this position, Gere has primary and direct responsibility for all company field activities and departments. He supports and advises the CEO in decision making and has primary responsibility for design, development, implementation, reporting, and monitoring of key performance metrics, policies, and procedures for the company. Gere joined the company since 1995 and earned an MBA from Santa Clara University in 2002. 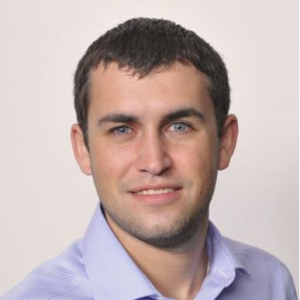 Carlo A. Guerriero (B.S. Materials Science and Engineering, ‘12) joined Mandiant, A FireEye™ Company, as a senior consultant. Previously, he was an advisory senior associate in Cybersecurity at PricewaterhouseCoopers (PwC) performing security assessments, penetration testing (ethical hacking), and cybercrime & breach response. As a student, Guerriero interned with PwC, BlumShapiro, and CIGNA. He is an ISACA® Certified Information Systems Auditor® and Certified Information Security Manager®.

Stay in touch with the School of Engineering. Join our LinkedIn alumni group to share your latest activities and learn what your fellow graduates are doing. You may also send your news directly to Heidi Douglas, Director of Engineering Alumni Relations. We love hearing from you!