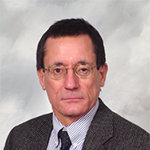 Jeffrey F. Paniati, P.E. (B.S. Civil Engineering, ’82) joined the Institute of Transportation Engineers (ITE) as executive director and CEO after more than 32 years with the Federal Highway Administration (FHWA). Paniati’s career with FHWA comprised a series of progressively more responsible roles and under his leadership they were recognized as a Top 5 Best Place to Work by the Partnership for Public Service. An ITE member for more than 25 years and a Fellow of ITE, he earned a master’s degree in civil engineering from the University of Maryland.

Rishi Kanth Saripalle (Ph.D. Computer Science & Engineering, ’12) accepted an appointment as an assistant professor in Computer Science at Illinois State University. His research and teaching will focus in the area of software engineering, model driven development, metamodeling and biomedical and health informatics. Prior to joining the university, Saripalle was a software engineer at the National Institute of Standards and Technology (NIST).

Heidi Ellis, CSE PhD 1994, has been nominated for a Women In Technology Award. She is a professor of computer science and information technology at Western New England University. Voting is here: http://www.redhat.com/en/about/women-in-open-source

Charles J. Innes (B.S. Mechanical Engineering, ’52) passed away on November 5, 2015 at Middlewoods of Farmington, Connecticut. He served with the U.S. Army during World War II and worked at Ingersoll-Rand and the Torrington Company for 28 years, retiring in 1982.