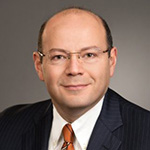 Arturo O. Araya (B.S. Civil Engineering, ’92) was named to the board of directors at BrainStorm Cell Therapeutics Inc., a leading developer of adult stem cell technologies for neurodegenerative diseases.  Araya was formerly vice president and head of Global Commercial for the Cell and Gene Therapies Unit at Novartis.  In that position, he led a cross-functional team to commercialize a global portfolio of cell and gene therapies.  He earned a master’s in Political Science at UConn and an MBA from the University of Michigan. 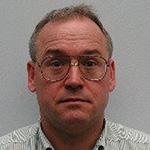 Mark R. Jaworowski (B.S. Chemical Engineering, ’84, M.S., Ph.D. Materials Science, ’89, ’98) was elected to the Connecticut Academy of Science and Engineering, a private, nonprofit, public-service institution patterned after the National Academy of Sciences.  Jaworowski, a fellow, physical sciences department at United Technologies Research Center, is an expert in the areas of corrosion science and the application of Green Chemistry principles to industrial process development.  The 24 newly elected members will be introduced, and the medal of science conferred, at the Academy’s 42nd annual meeting and dinner on May 22, 2017.

Two members of the UConn Academy of Distinguished Engineers, Kenneth B. Bowes, vice president of engineering at Eversource Energy, and David B. Carter, senior vice president, engineering, at Pratt & Whitney, were also elected to the Academy. 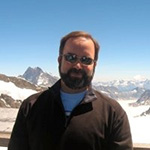 Steven C. Machuga (B.S. Chemical Engineering, ’86) has been promoted to vice president of worldwide operations at Skyworks Solutions, Inc., an innovator of high performance analog semiconductors.  Machuga has been with the company since 1999, most recently serving as Skyworks’ vice president of external manufacturing and operations engineering.  Prior to joining Skyworks, he worked for Motorola in various semiconductor engineering and manufacturing management roles.  Machuga holds a master’s degree in Chemical Engineering from University of Minnesota. 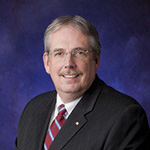 Robert “Bob” J. McDermott (B.S. Civil Engineering, ’77) was appointed president at Huitt-Zollars, Inc., a full-service engineering and architecture firm headquartered in Dallas, TX.  A founder and past president, McDermott will remain as Chairman of the Board.  Preceding this appointment, he served as executive vice president of the firm since 2001.  McDermott also holds a master’s degree in Civil Engineering from Lehigh University and an MBA from Keller Graduate School of Management.

Herbert (“Herb”) S. Levinson, 92, died on February 17, 2017 in New Haven, CT.  Levinson was elected a member of the National Academy of Engineering in 1994, elected an Honorary Member of the Institute of Transportation Engineers in 1997, received the ASCE Wilbur Smith Award, was a member of the Transportation Research Board (TRB), and received the Presidential Design Award for Excellence.  He was a senior vice president of Wilbur Smith and Associates, served on the faculty of the University of Connecticut and Yale University, and worked at his own firm.

Tina (Lizzi) Lewis (B.S. Electrical Engineering, ’55), one of the first two women to receive degrees from UConn Engineering, died on February 19, 2017 in Glastonbury, CT, following a courageous battle with cancer.  Lewis, inducted into the UConn Academy of Distinguished Engineers in 2015, received special recognition during the UConn Engineering 2016 commencement ceremony and the centennial Gadget Gurus Gala celebration in November. An upcoming Momentum article will provide more information about her remarkable life and career. In the interim, here is a video of Lewis speaking about her time at UConn.

Stay in touch with the School of Engineering.  Join our LinkedIn alumni group to share your latest activities and learn what your fellow graduates are doing.  You may also send your news directly to Heidi Douglas, Director of Engineering Alumni Relations.  We love hearing from you