Rohan Freeman, PE, LS (B.S. Civil Engineering, ’95) has received the esteemed 2018 CEO/President Award for a business of 100 employees or less as part of the Hartford Business Journal’s annual C-Suite Awards. Founded in 2009, Freeman Companies LLC is among the largest minority-owned and engineering firms in the Greater Hartford Area and specializes in land development, engineering design, and construction services.

Rob Infantino (B.S. Electrical Engineering, ’85), founder and CEO at Openbay, has announced the company closed an $8M Series A round of financing. The new round will be used bring artificial intelligence (AI) enabled solutions to market that provide automotive repair services to businesses and grow existing and new markets across all its offerings. Headquartered in Cambridge, MA, Openbay is privately held. 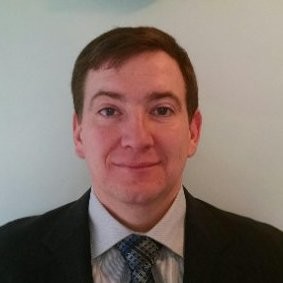 James M. King (B.S. Computer Science, ‘01) has been promoted to president at Eljen Corporation, an onsite solutions company for the treatment and management of septic wastewater headquartered in East Hartford, CT. King joined Eljen in 2010 following an extensive military career with the US Army, serving two tours in the Middle East as an officer, and leading as a transformation officer coordinating new policies and tactics for combat missions with the Pentagon. He earned an MBA from UConn Business.

John Krenicki, Jr. (B.S. Mechanical Engineering, ’84; Hon. D.Sc. ’07) was elected as a director at Devon Energy Corporation; his election expands the board to 10 members. Krenicki is a senior operating partner at the private equity investment firm Clayton, Dubilier & Rice, LLC. He previously worked at General Electric Co. for 29 years, including as vice chair and president and CEO at GE Energy. He has a master’s degree in management from Purdue University.

Kyle Sirignano (B.S. Civil Engineering, ‘14) has joined SeamonWhiteside as a civil engineering project coordinator based in the Mount Pleasant office. After graduating, he moved to Austin, TX working three years in the Land Development division at Stantec. A certified EIT, Sirignano passed the PE exam early and plans to earn his license in 2018.

Zachary Stone (B.S. Materials Science & Engineering, ’04) has been appointed as vice president of Operations at Vuzix Corporation. A leading supplier of smart-glasses and augmented reality (AR) technologies and products for the consumer and enterprise markets, Stone joined the company in 2016. He has more than 10 years of experience in manufacturing, quality controls, supply chain management and operations. Stone earned an MBA at the University of New Haven.

David Works, Jr. (M.S. Mechanical Engineering, ’96) has joined US Foods Holdings Corp. as executive vice president and chief HR officer. Before joining US Foods, Works was chief HR officer at Hackensack Meridian Health. He served in the US Navy submarine force for seven years prior to starting his career in industry. Works earned an MBA from Northwestern University.

Stay in touch with the School of Engineering.  Join our LinkedIn alumni group to share your latest activities and learn what your fellow graduates are doing, and follow our School of Engineering LinkedIn page to hear all the big news coming out of the school.  You may also send your news directly to Heidi Douglas, Director of Engineering Alumni Relations.  We love hearing from you!