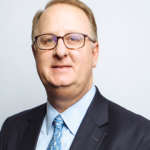 Craig W. Ashmore (B.S. Mechanical Engineering/Civil Engineering, ‘85) joined Platinum Equity, LLC as a principal responsible for senior level business development activities focused on identifying new acquisition opportunities.  From October 2009 to November 2013, he was Executive Vice President of Planning and Development at Emerson Electric Co., serving as a Member of Emerson’s Office of the Chief Executive. As head of Emerson’s M&A organization, Ashmore evaluated more than 500 potential acquisitions, executing more than 50 buy-side transactions with an aggregate cost of over $6 billion.  At Platinum Equity, he consults with executives at other large, global companies dealing with the same challenges he faced during a 22-year career as an executive and corporate dealmaker at the $25 billion global manufacturing and technology company.  Ashmore holds an MBA from Harvard Business School.

William L. D’Agostino (B.S. Chemical Engineering/Materials Engineering, ’84), PE, has been appointed Senior Vice President, Operations at InVivo Therapeutics Holdings Corp.  Prior to his new responsibilities, he held the position of Vice President, Manufacturing & Engineering. D’Agostino joined InVivo in September 2012.  Previously, he held the position of Vice President, Engineering at Angiotech Pharmaceuticals and was responsible for all product development and engineering activities across their international facilities. D’Agostino worked for Covidien for fifteen years, gaining extensive experience with the development, synthesis and clinical production of bioabsorbable polymers. He is co-author of the book, “Regulatory Strategies for Combination Products,” and co-inventor on fourteen issued U.S. and European patents for medical devices.  D’Agostino earned an MBA from the University of Dallas.

Bernard “Bernie” E. Gracy, Jr. (B.S. Computer Science & Engineering, ’85), vice president of strategy for digital commerce solutions at Pitney Bowes, was recently featured in a front page article of the Stamford Advocate business section.  Reinventing itself as a leading player in the growing field of location intelligence, social media giants Facebook and Twitter are among users of Pitney Bowes geocoding software, one technology transforming the firm and their 1.5 million clients worldwide.  Considered one of the top technologists at Pitney Bowes, Gracy is part of the team plotting that firm’s trajectory into the soaring sphere of big data technologies.  He earned an M.S. in Computer Science from Rensselaer Polytechnic Institute and an M.S. in E-Commerce from the University of Maryland. 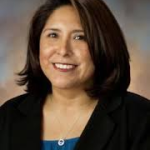 Monica T. Mohtasham (B.S. Electrical Engineering, ’04), senior project engineer at Pratt & Whitney, was named one of six finalists for the Connecticut Science Center’s Petit Family Foundation Women in Science Leadership Award.  Established in 2013 as part of the Science Center’s Celebrating Women in Science initiative, this award recognizes exceptional leadership in promoting participation and interest of women in STEM (science, technology, engineering and math).  The Women in Science SteeringCommittee narrowed the field of twenty applicants and faces the difficult task of choosing the award recipient.  Their decision will be announced in the coming weeks and the award presented at the Green Gala on September 27. 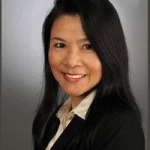 Yingli Wen (M.S., Ph.D. Electrical Engineering, ’89, ‘93) was named one of 50 Outstanding Asian Americans inBusiness for 2014 by the Asian American Business Development Center.  Honored for her professional and civic accomplishments that include teaching Chinese culture and language at the New York Chinese School in Westchester, New York, Wen is manager of the Electrical and Analysis Research group at the Con Edison Cable and Splice Center.  In 2011, she won a prestigious Technology Transfer award from the Electric Power Research Institute for creating a prototype arc recognition system for use in and around manhole structures. Arching faults are electrical discharges from a defective wire or cable that can cause burns or spark combustible materials and gases.