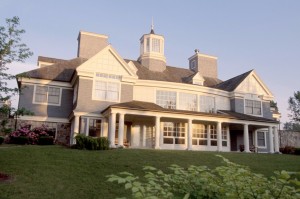 Stay in touch with fellow UConn engineering alumni. Visit our Engineering LinkedIn alumni page and fill us in on your latest activities or learn what your college friends are doing nowadays!  Some recent alumni news follows:

Research Center, appeared as a guest on The Space Show, hosted by David Livingston in July 2013.  Dennis discussed his space industry technology and capability analysis, “Advanced-To-Revolutionary Space Technology Options-The Responsibly Imagined.” In his role at Langley Research Center, he is responsible for Technical Oversight and Advanced Program formulation for a major NASA Research Center with technical emphasis in the areas of atmospheric sciences and structures, materials, acoustics, flight electronics/control/software, instruments, aerodynamics, aerothermodynamics, hypersonic airbreathing propulsion, computational sciences and systems optimization for aeronautics, spacecraft, exploration and space access. He received his M.S. degree at the University of Virginia. He is a member of the prestigious National Academy of Engineering and was inducted into the University of Connecticut’s Academy of Distinguished Engineers in 2003.

Richard Mastracchio (B.S. Electrical Engineering/Computer Science, ’82), a NASA astronaut, is scheduled to travel to the International Space Station in November. Rick, a native son who grew up in

Waterbury, joined NASA in 1990 as an engineer in the Flight Crew Operations Directorate and was selected an astronaut in 1996.  He holds M.S. degrees from Rensselaer Polytechnic Institute and the University of Houston-Clear Lake. Rick was inducted into the University of Connecticut’s Academy of Distinguished Engineers in 2003. He has been sharing his mission training and preparations via Twitter.  He’s encouraged followers to join his training via the “Ride with Rick” monthly trivia question series; winners will have their photos sent to space and photographed in orbit with him.  To see training and mission posts from Rick on Twitter, follow: @AstroRM.

Trent Molter (Ph.D. Materials Science ’08) founded and serves as CEO of Sustainable Innovations, of Glastonbury, CT.  With a partnering organization, ICL Industrial Products in Israel, Sustainable Innovations recently received a $900,000 grant from the U.S.-Israel Binational Industrial Research and Development organization. The company is engaged in innovative research and development involving an expandable electro-chemical architecture and other novel technologies. The firm was profiled in the Sunday, August 25 issue of The Hartford Courant (“Mainstreet,” B4).

Morton K. Pearson (B.S. Mechanical Engineering ’74), P.E., Chairs the Engineering Advisory Council at Trinity College.  He is one of five Mechanical Design Technical Discipline Chiefs for Pratt & Whitney, responsible for the aftermarket engineering business segment, insuring that mechanical design practitioners, tools, and processes produce superior mechanical solutions.  His team maintains the mechanical design system and works closely with other United Technologies organizations to assure that best practices and experience are captured and used, and that tools, practices and processes are common, where applicable.   He received his M.S. from Rensselaer Polytechnic Institute of Hartford.

Jeffery F. Rotman (B.S. Civil Engineering ’83), P.E., has joined the Ports and Harbors section of HDR, Inc. as a Senior Project Manager.  He will work in the company’s Corpus Christi, TX office. Jeff has more than 30 years of structural engineering experience in the public and private sector. Jeff earned a master’s degree in finance from Fairfield University. HDR is a global employee-owned firm providing architecture, engineering, consulting, construction and related services through our various operating companies.