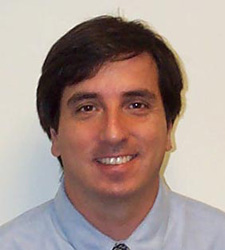 Current Employment
“I am currently the Vice President of Transportation and Structures Engineering at CME Associates, Inc. (Woodstock, CT). I manage the East Hartford branch. I am responsible for the oversight of all transportation and structural related projects at CME. We specialize in bridge design; however, we cover all types of structures, including buildings. Two areas of structural engineering that we specialize in are heavy load transport and accelerated bridge construction.”

Career Highlights
“I was hired by the Connecticut Department of Transportation following the collapse of the Mianus River Bridge in 1983. The bridge program that emerged following that catastrophe exposed me to literally hundreds of different bridge projects over the next 13 years. Several of our bridge designs won major awards, including the design of a railroad bridge over Route 66 in Middletown, and a historic reconstruction design for a Merritt Parkway Bridge in New Canaan. Both won first place in the national “Prize Bridge Awards” of the National Steel Bridge Alliance.

At DOT I was assigned to a special trouble-shooting team that investigated bridge problems such as overpass truck collisions, beam fractures, and fatigue cracking investigations. I worked with Professor John DeWolf to develop a portable strain monitoring system that could be used to study behavior and fatigue on existing bridges. John and his students did a lot of the leg work, and I assisted with some of the overall guidance This very successful system has literally saved the DOT several million dollars by accurately determining the need for rehabilitation of existing bridges.

By 1996, the DOT bridge program was winding down. I decided to make a major career move and join CME Associates to develop a structural engineering division from scratch. The company was owned by P. Bradford Cheney (B.S. Civil Engineering ’81), my brother’s roommate at UConn. He persuaded me to make this move, and in the last 11 years, CME has grown from fewer than 10 employees to almost 50 employees. The structural division also expanded to include transportation engineering during this time.

One of our most interesting projects involved the design and construction of the Route 151 bridge over the Salmon River in East Haddam, a 250-foot long single span steel plate girder bridge and one of the longest single spans in Connecticut. Another major focus at CME is accelerated bridge construction techniques, including the use of large scale heavy load transport vehicles. CME recently engineered the move of the Providence River Bridge in Rhode Island. The six million pound bridge was erected 12 miles from the construction site, lifted 35 feet in the air, loaded onto a series of transport trailers, transferred to two barges, and then shipped to the project site. This project was featured on the television show “Mega Movers” on the History Channel.”

Reflections on UConn
“I enjoyed the interaction with the faculty during my time at UConn. I still remain close to many of my former professors. The structures professors taught us how to think beyond the equations and develop an understanding of the behavior of structures before plugging numbers into the computer. My UConn education prepared me very well for professional life.

I must credit the late Jack Stephens with the direction of my career. I ran into Jack just after graduation, and he told me he had heard that ConnDOT might be hiring engineers in the near future. Jack gave me an application and put in a good word for me. Two months later, the Mianus River Bridge collapsed, and the rest is history.”

Ongoing Interactions
“A few years ago, the Civil Engineering department asked me to teach a graduate course in bridge engineering at the off-campus site in Manchester. I developed a course entitled “Design of Transportation Structures for Extreme Events.” I was honored to be asked to do this, and I thoroughly enjoyed assisting the department with this effort.

I have also participated as a co-advisor to the UConn Steel Bridge Club. The CE students design, fabricate, erect and load test 1/10th scale steel bridges. Teams are judged in erection speed, weight, and deflection under a 2,500 lb. load. We have entered eight bridges and have become a regional leader in the event. The competition normally draws 10 local universities. Only the top two or three teams move on to a national competition. UConn has either won or placed in the top three spots five times in the last eight years and gone on to the national contest.

Last week we traveled to the University of New Hampshire and qualified for our fifth national competition by finishing third out of 11 teams. I continue to enjoy working with the students and seeing how hard they work as they approach this event. I am very proud of all of the teams that I have had the pleasure of working with. We look forward to traveling to the University of Florida for the national event this year.”