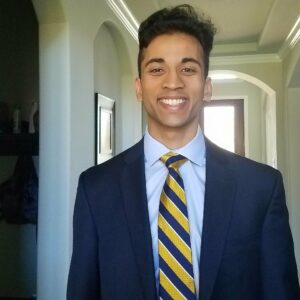 Abhi Namala ‘14 (mechanical engineering) is on a mission to not only help college students, but young professionals who are struggling to find like-minded roommates to live with.

Namala recalled first-hand experience of discovering the need for a roommate when he moved to Tampa, Fla. after college for a job. Namala discovered that living in downtown Tampa was prohibitively expensive, and without any roommates lined up or connections in the area, he was forced to take a cheaper apartment with a much longer commute.

After that, he felt compelled to create a service that not only makes living costs cheaper, but allows young professionals to explore a career avenue that they otherwise may not have been able to pursue due to astronomical apartment costs.

According to Namala, after doing extensive research, he found that there was nothing else on the market that connects roommates very easily. Currently, according to Namala, the way most people are attempting to find roommates are less desirable and more complicated options like Craigslist and Facebook. Namala desired to create a simpler option to fix this issue.

Namala, along with his teammates Mark Krosky ‘13, an economics graduate from the University of Connecticut; and Vrud Patel ‘17, a computer science engineering graduate of Florida Southern College, said that a roommate pairing mobile application is something that they have been thinking about for a long time.

While the mobile app idea is currently in the very early stages of market research and development, Namala and his team are excited to reach out to the UConn student body and other colleges for feedback, ideas and support.

“College is the ideal test ground”, Namala said. His goal is to understand the demand for a roommate matching mobile app like this, what students want in the mobile app, and the roommate criteria that they find most important. Finding the right people and asking the right questions are what is important to Namala at this point in time, which is why the team has a hefty survey goal of 400 responses.

Namala, who graduated from the UConn School of Engineering nearly six years ago, attributes his problem-solving abilities to the School’s focus on putting students in different scenarios and giving them the tools to figure out the issue.

“At the end of the day, we are all problem solvers,” said Namala.

Namala explained that engineering and entrepreneurship are actually very similar in that they both entail identifying a problem and providing a solution–which is why he is excited to combine the two professions through this new project.

“If you do not know something, you need to be aware enough to get what you need. I had to think about the things I knew how to fix, the things I did not know, and who I needed to reach out to. This mobile applies to entrepreneurship– identifying an issue within a market and developing a solution, ” said Namala.

To assist Namala in his research, fill out his roommate matching mobile app research survey here.