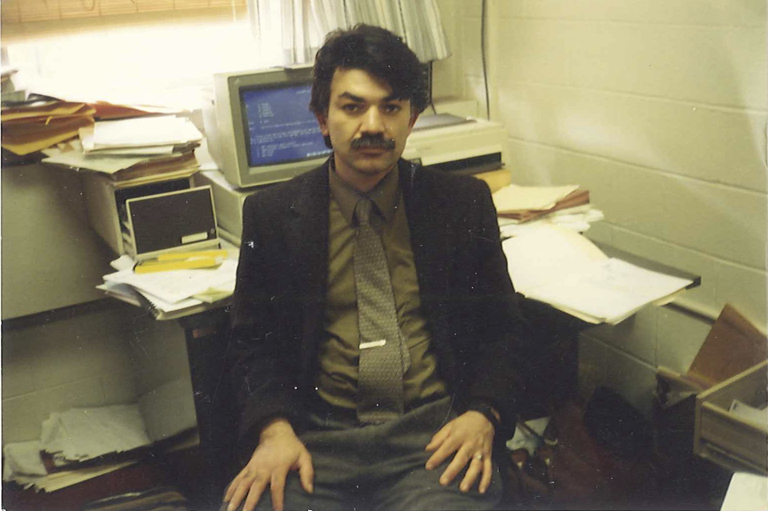 When Dean Kazem Kazerounian stepped onto the campus of the University of Connecticut for the first time in 1984, he was struck by the stark contrast of where he had just come from.

As an undergraduate and graduate student, Kazerounian had just spent five years navigating the hustle and bustle of the mostly urban University of Illinois at Chicago campus. Fresh off of his Ph.D. in mechanical engineering, Kazerounian got off of a plane, made his way to Storrs, and took in the beauty of his surroundings:

“I first came here to interview in the spring of 1984, and I remember that it was absolutely beautiful here,” Kazerounian said. “Coming from Chicago, which had its campus integrated into the city, there was no real campus feel. Here, the dynamics and the beauty of the campus hit me instantly.”

After a long day of interviewing and meeting people, Kazerounian became convinced that UConn was the right fit for him—not only because of the campus, but because of the impressive stable of people at the School of Engineering and the Mechanical Engineering Department.

Because of that, he jumped at the chance to join the faculty when he was eventually offered a job as an assistant professor.

But if you reverse through time eight years before that moment, Kazerounian’s life could have taken a much different turn if his circumstances were different. As a boy in Shiraz, Iran, Kazerounian had a passion for music—especially classical guitar:

“Truth be told, I have been a classical guitar player since I was a kid, before I decided on engineering,” Kazerounian said. “I got two high school diplomas, in math and music, and was actually accepted into one of the top music schools in the world to study music after high school. But, I was raised in a time and a culture that wasn’t very accepting of a career in music—being an engineer or doctor was the path to prosperity.” 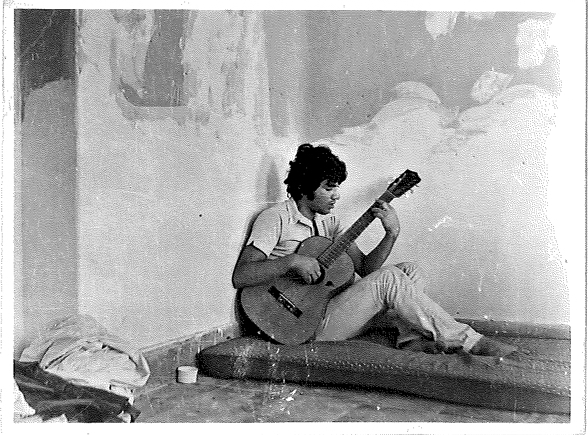 So, a career in engineering and academia is where he went. Using his parents as his inspiration, both chemistry teachers, Kazerounian forged into a career that he found both challenging and fulfilling.

“I consider myself a natural teacher and mentor, and love to impact the environment around me,” Kazerounian said. “Academia is a fabulous place to practice those skills.”

And for years, Kazerounian slowly built a solid reputation by excelling at teaching, mentoring students, and performing research that heavily impacted the mechanical engineering community. Being an administrator was far from his mind, but like music, his talent started to attract attention:

“Becoming an administrator was never actually a goal for me, and because of that, I consider myself an accidental dean,” Kazerounian said. “Early on, I was called to serve on various committees, and as time went on, one thing led to another, and I was asked to take on more and more administrative tasks.”

Under Choi, Kazerounian said that he gained a greater passion and understanding about leadership:

“I learned a lot from Mun, and I admire how he led,” Kazerounian said.

In 2012, Choi became provost, appointing Kazerounian as interim dean. When a national search for the School’s dean position began, Kazerounian jumped at the opportunity, and was eventually selected and signed to a five-year term. 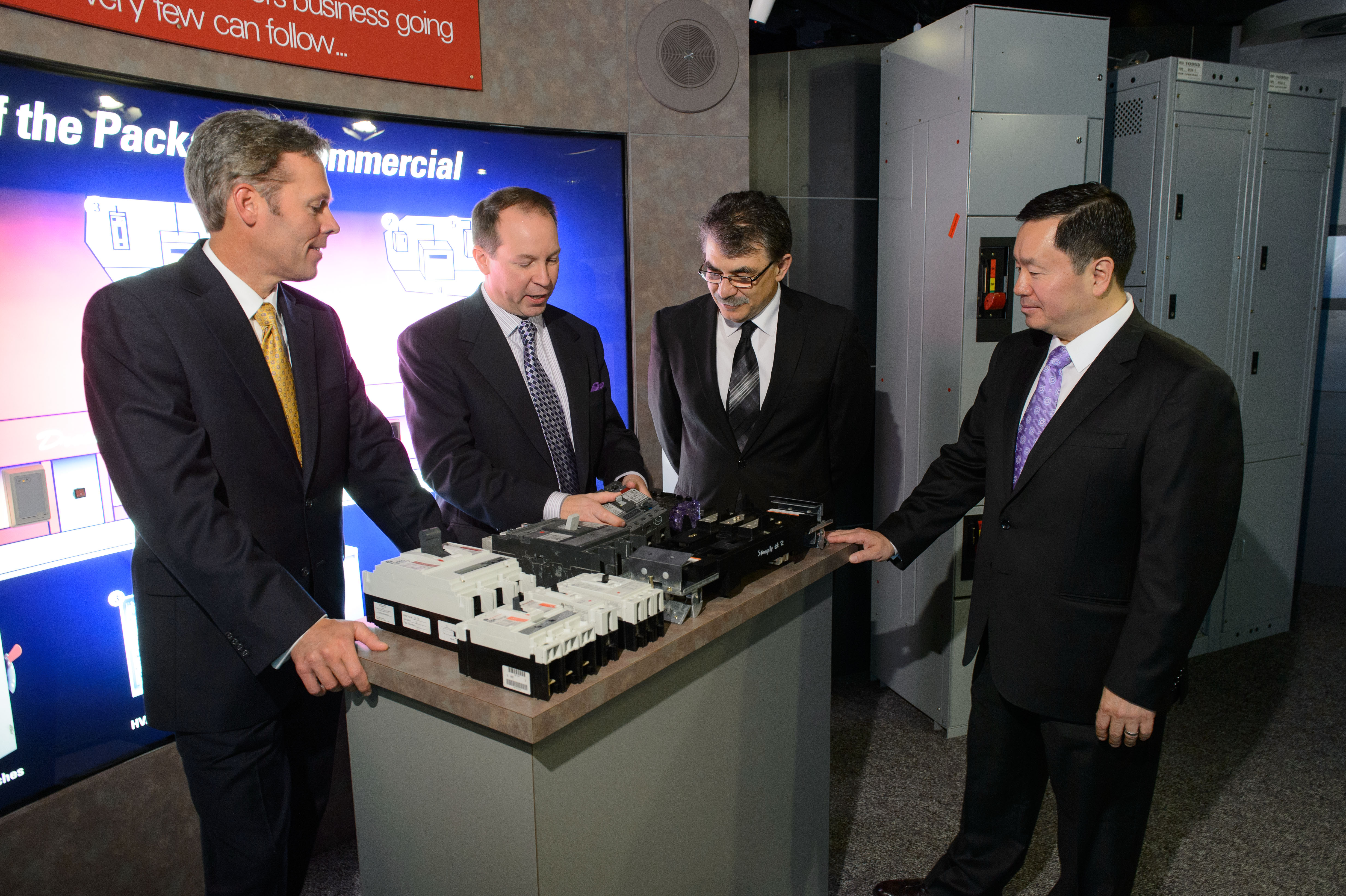 At the beginning of his new term, a member of the School of Engineering advisory board approached him and asked him how he was going to define his success as dean. Kazerounian was initially speechless at the question, but slowly started to conceptualize his success metrics:

“That was a profound question that I didn’t want to have a canned answer for,” Kazerounian said. “After some soul-searching and discussions with several people after, we identified three categories that we wanted to focus on, which were: student success, research excellence, and economic impact on the State of Connecticut.”

With a focus on those three values, Kazerounian has been able to grow the undergraduate population by over 75 percent over the past six years, has grown research expenditures by over 40 percent, and has forged major industrial partnerships with Synchrony Financial, Pratt & Whitney, Comcast, and many others.

Additionally, a point of pride for Kazerounian has been a focus on increasing diversity in the school, among its students and faculty. During his tenure, the School has experienced the largest increase in female undergraduates among public universities and doubled the amount of female faculty.

According to Kazerounian, who was re-appointed to another five-year term earlier this year, his eye is on leveling the playing field by the end of his term:

“We are at the point where we can have a serious conversation about what it takes for us to have a five-year runway for undergraduate gender parity, which is already underway by Daniel Burkey, our capable associate dean for undergraduate education and diversity.”

With that, and his goals of attracting top faculty talent to the school, bringing in more resources for research, and further positioning the school as a resource to the state, Kazerounian said he’s looking forward to elevating the School to new heights.

“All of us in the State of Connecticut rise or sink together,” Kazerounian said. “UConn, and the School of Engineering, are crucial parts of our state’s future success. Because of that, we look forward to our role in impacting economic development growth.”