An Engineering Alumnus’ Journey From an Internment Camp to UConn

Satoshi Oishi and his future wife Jeanette Allard Oishi with a group of UConn students in 1947. Satoshi was held for two years in an illegal detention center during World War II.  Satoshi and Jeanette are in the center of the front row. (Family photograph, used with permission)

During World War II, over 110,000 Japanese and Japanese American men, women and children from the West Coast were incarcerated without a trial in illegal detention centers. The United States government apologized for the imprisonment and authorized a payment of $20,000 to survivors in 1988, noting that “the internment of the individuals of Japanese ancestry was caused by racial prejudice, war hysteria, and a failure of political leadership.” UConn Alumnus Satoshi Oishi (Civil Engineering ’49), like many of the people of Japanese descent who were sent to these camps, had to rebuild his life far from the world he’d known.

Oishi was born in Japan and immigrated with his parents to California in 1932 when he was five years old. He spent two years imprisoned in different camps. Oishi was able to leave the illegal detention center in 1944 when he was 17, but wasn’t allowed to return to the West Coast.  He came to Connecticut when he and his father found work in a kitchen in Waterbury. 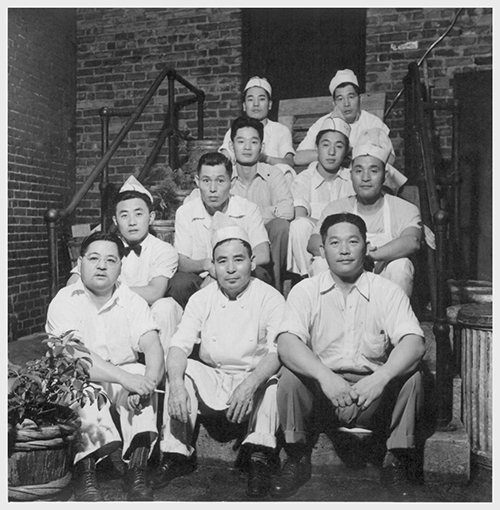 Oishi, his father and other employees of the K & J Restaurant in Waterbury in 1946. Oishi is on the right, three rows back, and his father Mitsuhei Oishi is in front of him. (family photograph, used with permission)

“My father worked in the kitchen and I was the counter man,” Oishi said.

While in an illegal detention center, Oishi graduated from high school as valedictorian. He was interested in college, but was short on the resources necessary to apply.

“I had no way to contact anyone who could help me look for a college or help me apply to college,” Oishi said. “To my surprise, the American Friends Service Committee – the Quakers – in Philadelphia saw the need to help the Nissai or Japanese Americans kicked out of the Western States.”

Many of the Japanese Americans were in college when they were forced into illegal detention centers. The American Friends Service Committee, a Quaker organization dedicated to peace and social justice, helped those college students transfer to Midwest and East Coast schools, and helped people like Oishi apply to college.

Not all universities accepted students that had been jailed at a camp. UConn was on a list of higher education institutions that allowed the displaced students to apply.

“There were no Ivy League schools on the list,” Oishi said. “Not that we could have afforded it.”

With help from the American Friends Service Committee, Oishi applied to UConn and was accepted. When Oishi told customers at the kitchen he worked at about being accepted to UConn, he ran into an issue- no one had any idea where it was.

At that time, there was no direct transportation to Storrs. Oishi took a bus to Willimantic from Waterbury then hitchhiked the remaining 8 miles to UConn’s campus. 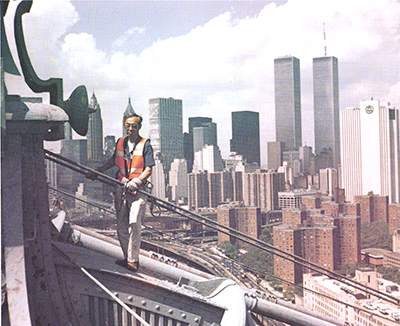 Oishi on a bridge in Manhattan in 1979. (family photograph, used with permission)

Once at UConn, Oishi excelled. He helped establish a chapter of Chi Epsilon, the civil engineering honor society; created movie posters for the AV department; and worked on the campus newspaper, where he was eventually named acting editor.

“They showed movies every weekend. In order to publicize those movies, I would make half a dozen posters. I had a certain amount of artistic talent; people would collect them. I got some income from that,” said Oishi.

During his time at UConn, Oishi became close with a number of faculty members. Gregory Timoshenko, who was later the department head of electrical engineering, would have Oishi and other Japanese American students over for dinner once a year.

“His wife was very sympathetic to the Japanese Americans on campus. She would have one of the girls work in her house,” Oishi said. “When she visited New York City, she would buy Japanese food and bring it up to share.”

He eventually graduated with high honors. After graduation, Oishi joined Edwards and Kelcey, a civil engineering firm, where he was eventually made CEO in 1987. He was also a regional vice president of the American Society of Civil Engineers, a position that let him travel the world.

“I represented our American engineers at international conferences and so on. It was a great job because every quarter I had to go to a different section of the country and meet with top engineers. It was nice, because I could take my wife with me,” he said.

Oishi said that he was grateful for the support he got from UConn, which allowed him to see the world and experience a variety of cultures. He learned about jazz at UConn, and later went to 57th street in Manhattan to watch what he called the jazz greats of the time. His work with the American Society of Civil Engineers allowed him to travel to Leningrad (now St. Petersburg) and see museums such as the State Hermitage Museum, one of the oldest in the world. 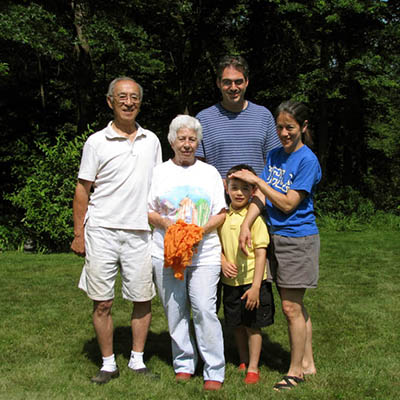 “I took part in a lot of rich activities that were made possible by the support I had at the University of Connecticut,” Oishi said.