Dr. Ki H. Chon has been appointed as the new department head for Biomedical Engineering. Dr. Chon has served as head of the BME department of the Worcester Polytechnic Institute for the past four years. In that time, he doubled the number of department faculty members, increased research expenditure from $400,000 to more than $3 million, and more than doubled undergraduate enrollment. 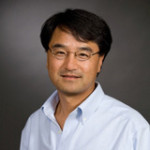 Dr. Chon has been awarded more than 20 patents. His numerous grants include $3 million in NSF funding for a training program for PhD students in biofabrication. His most recent research has focused on the development of wireless, wearable, and low-cost monitoring devices for detection of cardiac malignant arrhythmia – this work has received NIH funding and a $1.9 million grant from the U.S. Army. He has published nearly 100 papers in peer-reviewed journals and contributed dozens of book chapters. Among his many distinctions, Dr. Chon has won the Promising Inventor Award from the Research Foundation at SUNY, and served as associate editor for IEEE Transactions on Biomedical Engineering from 2007 to 2013.

The appointment is something of a homecoming for Dr. Chon, as he received his BS degree in Electrical Engineering at UConn in 1986. He received his PhD from the University of Southern California, Los Angeles in 1993, and completed his post-doctoral work at MIT-Harvard University from 1994 to 1997. 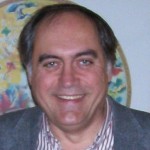 For the new head of the Computer Science & Engineering department, the search committee chose an internal candidate, Prof. Alexander A. Shvartsman. Since coming to UConn in 1997, Prof. Shvartsman has authored numerous influential papers on computer science. His research has also helped shape the state of electronic voting technology. In 2006, he founded the UConn Center for Voting Technology Research, also known as the VoTeR Center, which is focused on protecting the security and integrity of electronic voting systems. It is now a respected program in the field of elctronic voting research and has received national recognition.

Prof. Ross Bagtzoglou (CEE), Prof. Baki Cetegen (ME) and Prof. Rajeev Bansal (ECE) have all been re-appointed for another three years in their respective positions. 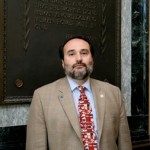 – Prof. Ross Bagtzoglou took over as head the Civil & Environmental Engineering department in 2009. The number of students in the ENVE program has increased from 57 in 2009-10 to 98 in 2012-13. In the same period, the CE program has grown from 92 students to 130. In addition, Prof. Bagtzoglou has recruited numerous new faculty members. Since 2008, he published 26 journal papers and 10 conference proceedings and has served as an associate editor or topical editor for a number of journals. He helped develop a program that received $2.5 million in USAID funding over five years to improve water resource management in Ethiopia. The department’s research activities include $11.1 million in 60 active grants with $4.1 million in annual research expenditures from a wide range of funding sources.

– Under the leadership of Prof. Rajeev Bansal, the Electrical and Computer Engineering department has taken on many new hires and maintains an impressive retention rate. With 30 tenure-track or tenured faculty members, Electrical and Computer Engineering is currently the largest it has been in department history. The number of Ph.D. degrees awarded per year has grown from six in 2009 to 16 in 2013. The department has also greatly increased its research, publishing 150 journal articles in 2012-13, up from 92 in 2008-09. In the same period, research expenditures per year have increased from $3.8 million to $6 million.  The ECE also took a key role in establishing new research centers, such as CHASE, the UTC Institute for Advanced Systems Engineering and the forthcoming Comcast Center of Excellence for Security Innovation.

– Since Prof. Baki Cetegen took over as head of Mechanical Engineering in 2006, the department has increased its number of tenured and tenure-track faculty. For the first time in the department’s history, it has female tenure-track faculty members. Since 2006, the department’s undergraduate student population increased by 40 percent. External research funding has more than doubled since 2006 and research expenditures per faculty increased from $120,000 to $260,000 per year. The department has also made great strides in forming new partnerships, such as the formation of the Pratt and Whitney Center of Excellence in Aerospace Systems. Many corporations, including General Dynamics-Electric Boat, have worked with the department through our very successful senior design projects programs.