Beyond Senior Design: From Project to Patent 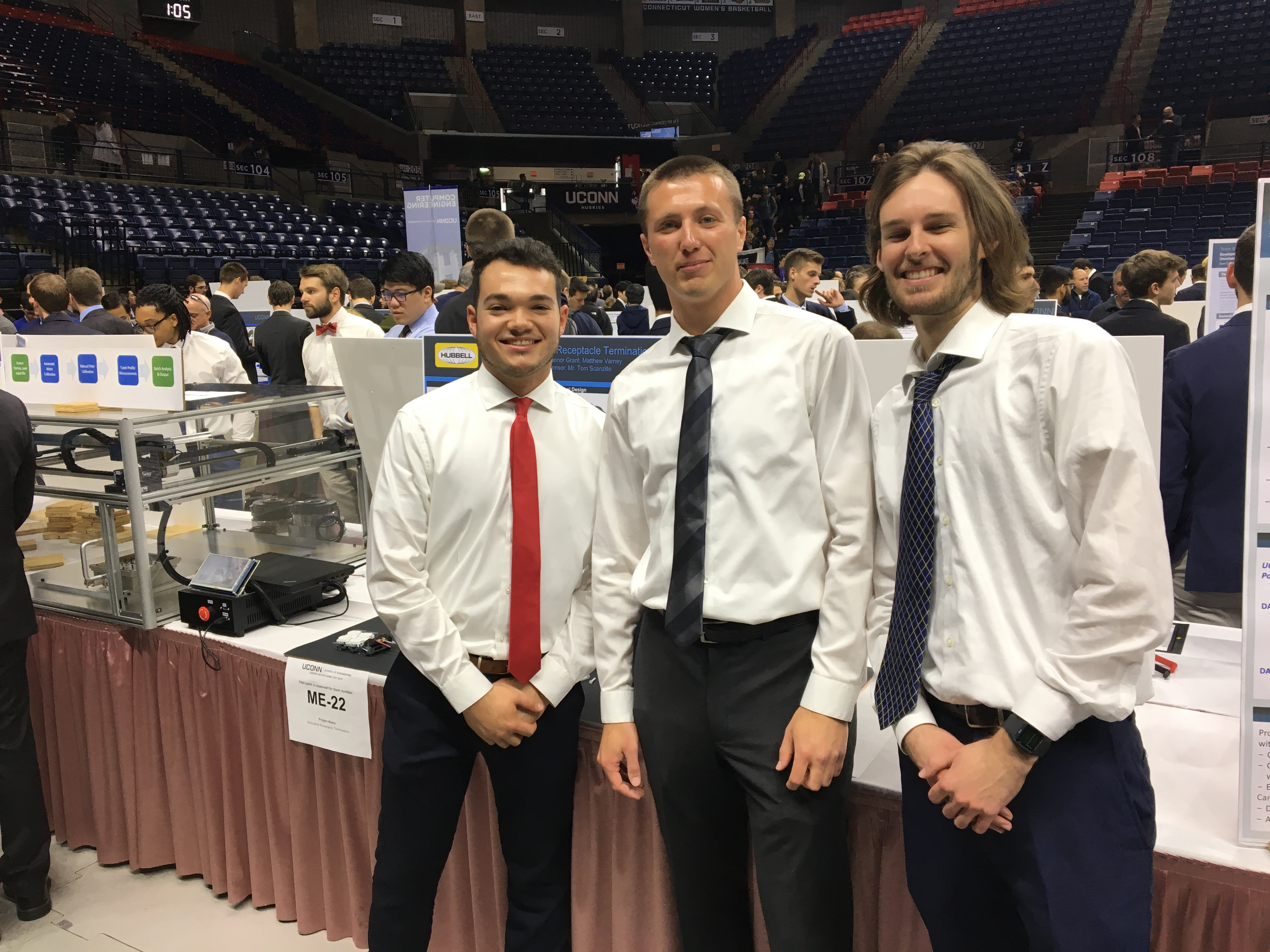 Varney (left), poses with his team on Senior Design Demonstration Day in May 2019. (Photo Courtesy of Thomas Scanzillo)

Every year, hundreds of students at the University of Connecticut School of Engineering work on their Senior Design projects, often with company sponsors advising them, directing them, and mentoring them towards an innovative idea. For most, the year-long project is about gaining crucial problem-solving and groupwork skills—but for some, like Matt Varney ’19 (mechanical engineering and German), the experience can end with a job at the sponsoring company.

Even more rare though is when a project become a patented technology. For Varney, all of these are true of his story.

Varney, an engineer in Hubbell Incorporated’s Graduate Rotational Program, joined the company when he graduated in May, and the experience of leaving UConn and coming into Hubbell with a patent application has been humbling:

“It is a powerful moment when a company not only recognizes the hard work but has confidence that the product could work in the real world. It is great to put something on the table that was a valuable use of our time and their resources throughout the two semesters,” Varney said.

The project, which had real-world applications, was to develop an alternative/innovative wire termination that could be fast and convenient for electricians installing a 15 or 20 amp wall outlet. A wire termination is a crucial piece of any electrical installation, when the wire supplying the electricity is stripped and attached to the electrical contact. 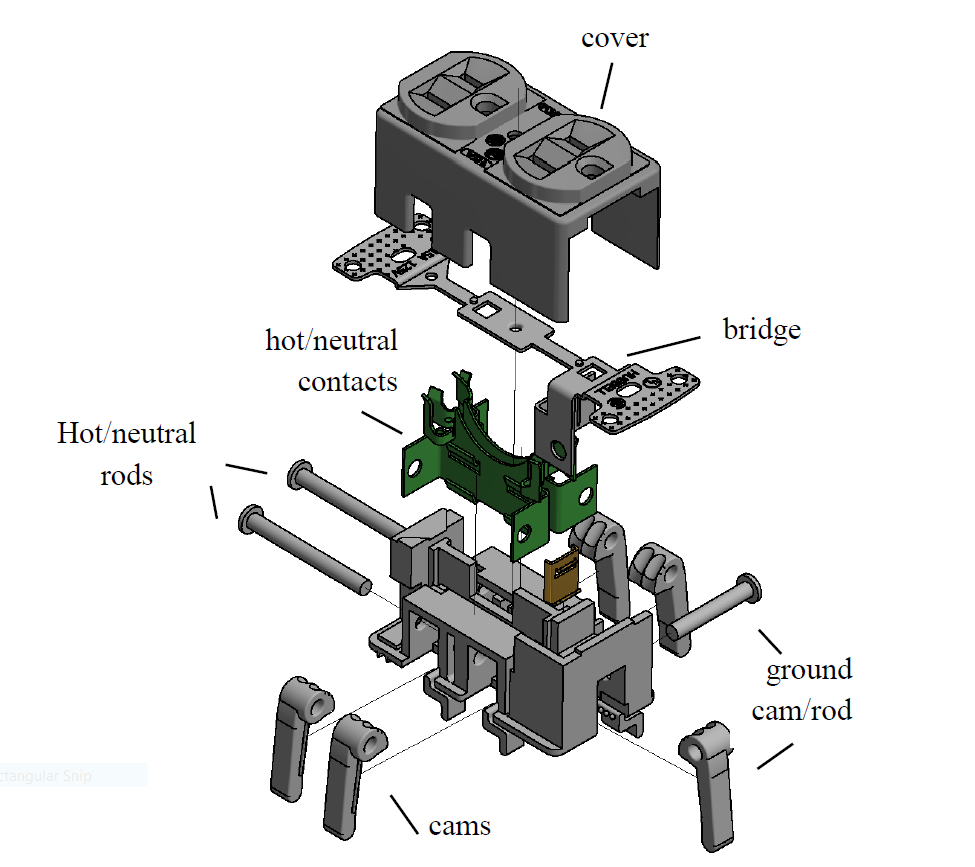 Varney and his team developed an alternative/innovative wire termination that could be fast and convenient for electricians installing a 15 or 20 amp wall outlet.

On the Hubbell side, Tom Scanzillo, VP of Engineering, was the mentor and senior design client for Varney and his team last year. Scanzillo said that Varney’s team surpassed any of his expectations when they created this patentable design concept.

“Given how quickly two semesters can go by, the expectation is not a finished design that can be commercialized.  The expectations range from research to conceptual work that can then be picked up by a design team for further analysis.”

But Varney and his team treated the project as more than just a dalliance into conception, but a true test of their skills learned over four years, which led to a novel design.

“Matthew’s team did a great job in conceptualizing product design ideas and effecting validation testing,” Scanzillo said. “Part of the direction that the team received was to avoid current intellectual property.  Therefore, the final concept that was selected was novel and patentable.”

During the year-long process, Varney and his team worked using a set schedule, keeping up with progress, instead of letting the minutia of everyday life derail them. Having that mindset allowed them to keep building on their progress, according to Varney.

“For me, I tried to take care of as many little tasks for other classes as quickly as possible. They were quick wins and they would not loom over me, giving me time for Senior Design tasks later at night or early the next day. As a team, we had a set day every week to meet for an hour to brainstorm and update Tom via phone. Routine and consistency were key,” Varney said.

Moving forward in his career, Varney said that the experience he had during Senior Design has stayed with him as he continues growing in his engineering career.

“UConn has given me a great balanced education through all my classes to where I could be effective in any position, but the experience in Senior Design is what really transforms you from knowing engineering things into an actual engineer.”