Building a Research Career at UConn 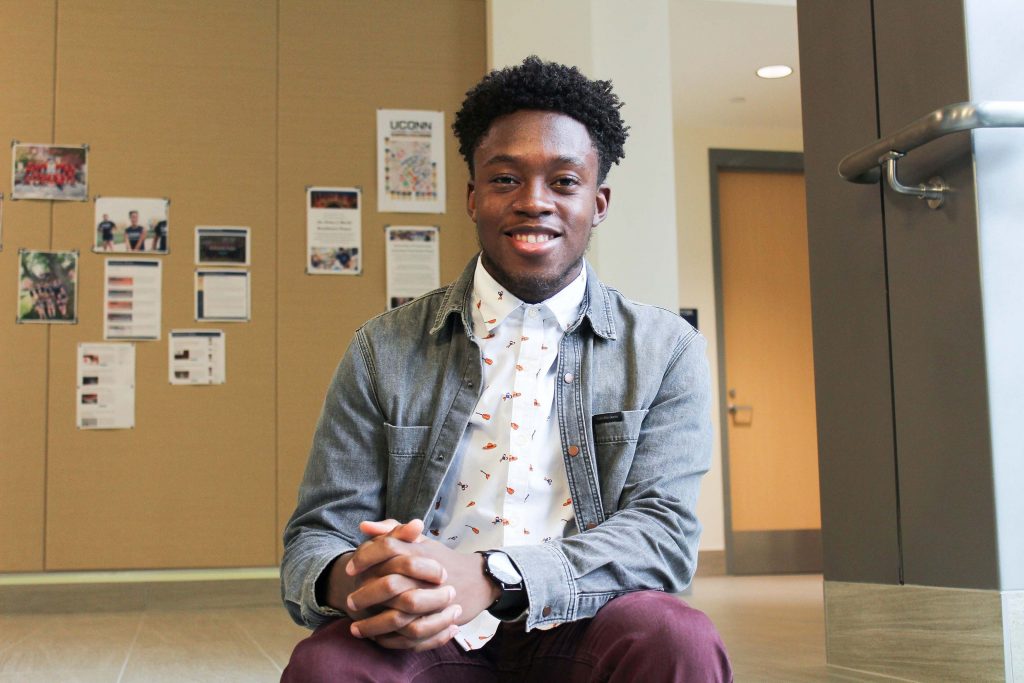 By: Anna Zarra Aldrich, Office of the Vice President for Research

Sometimes walking into a professor’s office hours can launch a student on an incredible research track. Pierre Fils, a first-year graduate student on the Ph.D. track in structural engineering at the University of Connecticut, did just that his junior year.

When he went to his design of steel structures professor, Arash Zaghi’s, office, Fils was immediately intrigued by the research Zaghi was doing in structural engineering.

“I went in thinking I would just talk about the class, but I left with an unofficial mentor,” Fils says.

Zaghi, along with Sarira Motaref, assistant professor in residence, is indeed now Fils’ mentor for his Ph.D. work.

Fils is studying the structure of homes in Haiti. He hopes to determine how they could be built to be more resistant to earthquakes like the catastrophe in 2010 that brought down hundreds of thousands of buildings, displacing millions of survivors.

Fils got his start in research early on by utilizing the connections available to undergrads at UConn. As a member of the EcoHouse learning community, he was able to see first-hand what research looks like.

“I kind of had this perception that researchers were a little weird, but once I got to know Professor (Richard) Parnas (faculty director of EcoHouse), I got to see what a cool person he was,” Fils says. “That was my introduction to research and I thought ‘this is cool’.”