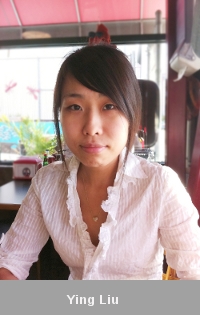 “Both Neil and Ying are model graduate students.  They are smart, hard-working, dedicated researchers.  I am very proud of both of them – I could not think of two more qualified students for this award,” says Dr. William Mustain, their thesis advisor.

The John Tanaka Award, first given in 1993, was established in honor of Dr. John Tanaka, emeritus professor of chemistry and former Director of the Honors Programs. Dr. Tanaka, who died in April 2012, led the Phi Kappa Phi chapter for many years.

Selection is based on an applicant’s promise of success in graduate or professional study as evidenced by: academic achievement, relevant research experience, service and leadership experience on and o 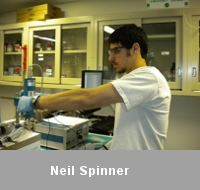 Ying, who has nine archival publications in high impact journals, is researching novel electrocatalysts for proton exchange membrane fuel cells, which is expected to play a significant role in providing clean, sustainable power for the 21st century and beyond.  In nominating Ying for the honor, Dr. Mustain noted “…her most important mentoring and leadership has occurred in the laboratory where she has worked side-by-side with five of our young undergraduates.”

In his graduate research, Neil is synthesizing first generation electrocatalysts for the electrochemical synthesis of fuels at room temperature, with very low required energy input, and has used the results to develop design criteria for next generation catalysts. As a National Science Foundation GK-12 Fellow from 2010-12, Neil mentored students at Howell Cheney Technical High School in Manchester, CT and has contributed toward the UConn Mentor Connection and the Joule Fellows programs at UConn.