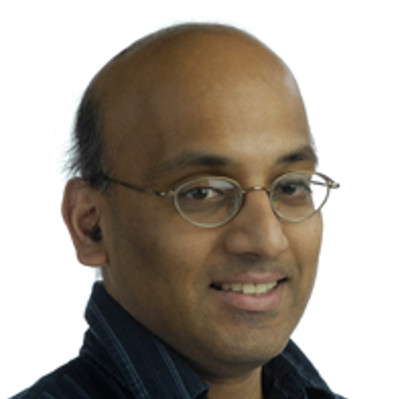 The UConn School of Engineering is pleased to announce the appointment of Dr. John Chandy as the next department head of the Electrical and Computer Engineering Department, effective the beginning of the Fall 2018 semester. Dr. Chandy will be taking over the role from Dr. Rajeev Bansal, who has been department head since 2009.

Chandy had served as associate department head since 2009, and has been a faculty member in the ECE department since 2002, after he left a distinguished career in industry. He received his Ph.D. in electrical engineering from the University of Illinois at Urbana-Champaign in 1996.

In addition to serving as associate department head for nine years, Chandy also serves as co-director of the Comcast Center for Excellence in Security Innovation, co-director of the Connecticut Cybersecurity Center, and director of the Center for Hardware Assurance, Security, and Engineering, and previously served as associate director of the UTC Institute for Advanced Systems. He is currently an editor for ACM Operating Systems Review, has served on several conference committees, is a senior member of IEEE, serves on the UConn Infrastructure and Architecture IT Governance Committee, and has won awards for his advising and teaching. Prior to joining UConn, he had executive and engineering positions in software companies, working particularly in the areas of clustered storage architectures, tools for the online delivery of psychotherapy and soft-skills training, distributed architectures, and unstructured data representation.

Kazem Kazerounian, Dean of the UConn School of Engineering, said that he is excited for the future of the ECE Department, with Chandy at the helm:

“We are thrilled to have someone with Dr. Chandy’s experience become the next department head of the ECE Department,” Kazerounian said. “With his strong leadership and  excellent departmental knowledge, I am excited to see him build on the progress Dr. Bansal made during his tenure, and I am confident he will do an excellent job in his new role.”

Chandy will be stepping into a department that has been extremely well-run by Bansal for nearly a decade. During his nine-year tenure, the department grew tremendously, research output steadily increased, and the internal and external reputation of the department remained extremely positive. Bansal was also often asked by UConn to provide his insight and wisdom on university-wide issues, and held many positions on the University Senate over the past 20 years.

For more information on Chandy, and his academic background, please visit: https://www.ee.uconn.edu/john-chandy/