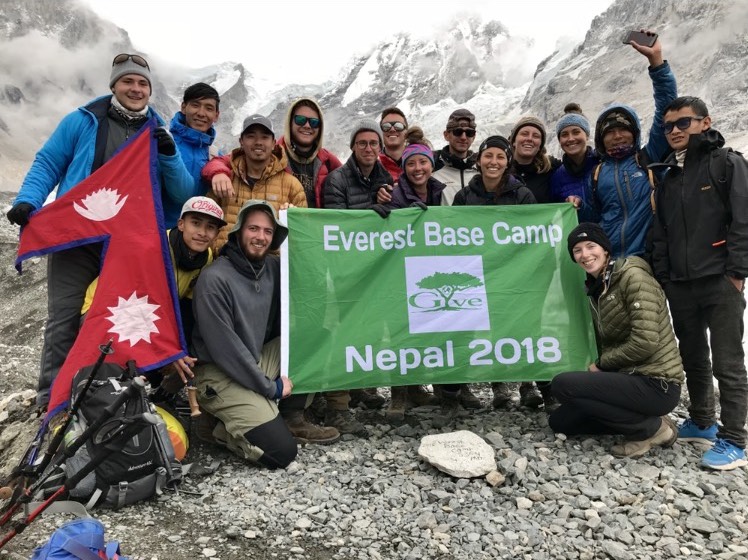 During those three short months of summer vacation, college students spend their time doing a variety of things. Some may go out and get a summer job, some take on an internship, some may even take those months to relax and recharge for the new school year.

Harrison Graham, an incoming sophomore Civil and Environmental major, did none of those things. That’s because Graham spent several weeks volunteering in Nepal, which culminated in a climb up to the basecamp of Mt. Everest.

Climbing with a group of over a dozen college students, the 17,600-foot vertical journey took nine days to complete. The group was initially flown in by helicopter to a village named Lukla, a popular starting point for novice Mt. Everest climbers, and from there they made the arduous journey, stopping at night to stay in tea houses (similar to a small bed-and-breakfast), where they would recharge and rest.

Graham said that the 80-mile roundtrip had some challenges, including a battle against the elements:

“The main challenge proved to be the altitude. As we climbed higher and higher it became harder to breath, and altitude sickness became a worry (although none of us contracted any form of altitude sickness), Graham said. The oxygen level at Everest Base Camp was just half of that at sea-level, which I live at, so breathing proved to be a bit difficult at times.”

Even with the challenges, Graham said that climbing the famed mountain was one of the best moments of his life, as was his experience with GIVE, the organization hosting the trek to Nepal.

GIVE, which stands for Growth International Volunteer Excursions, is an international organization that focuses on increasing social and economic opportunities in the areas that volunteers visit. Graham’s visit focused on the small village of Paslang, which was devastated by a massive 7.8 magnitude earthquake in 2015.

The village was one of the hardest hit in Nepal, with almost nothing left but “enormous piles of broken red bricks and heaps of mud and dust,” according to a news report from April 2015.

When Graham and his fellow volunteers reached the village, they saw a community still recovering from that tragedy, and did all they could to help:

“While there, we worked vigorously alongside the locals to complete homes, which also serve as businesses during the pilgrimage season, where the villagers open up their homes as homestays, Graham said. We saw tremendous progress as we put roofs on two houses, got another ready for roofing by finishing the walls, and completed the foundation for another. We were in Paslang for two weeks helping to construct these homes and teaching English at a nearby school.” 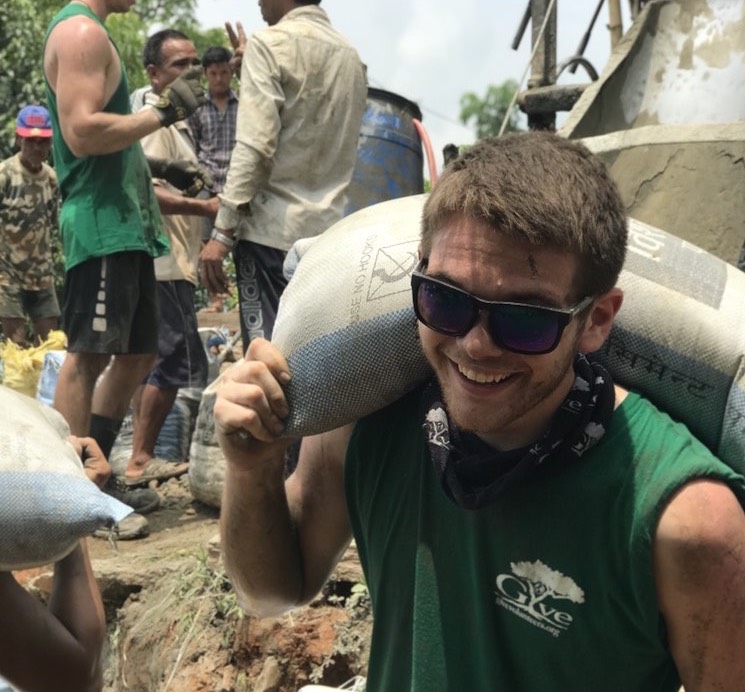 Graham said doing that kind of work gave him a sense of pride and accomplishment, and it also allowed him to fulfill his secondary goal of traveling to a destination that he had never explored, while doing something meaningful:

“I decided to spend part of my summer in Nepal for many reasons. For starters, I love to travel and I had never been to Asia, so already I was looking into an opportunity such as this, Graham said. Secondly, I am a huge believer in travelling sustainably — giving back as much as you take from an experience abroad. Working alongside the locals and hearing their stories is an enlightening and inspiring experience that is difficult to find anywhere else.”

And in the end, reflecting back on his summer, Graham got an experience that changed his perspective on life:

“The people I met and connected with were incredible, the things I saw and took part in were life-changing. The trip changes the way you think about everything back home for the better. I feel more open and connected to those around me. It opens your mind to different perspectives and cultures and gives you an appreciation for the billions of people we share this world with.”