An interactive public database that provides unprecedented levels of detail for thousands of Connecticut motor vehicle crashes is drawing the attention of other states interested in replicating the model. The database was built by UConn transportation engineers and information technology experts.

Interest in the online database extends far beyond Connecticut. Officials in Massachusetts, New York, Vermont, and South Carolina have contacted UConn transportation safety engineers in recent months, inquiring about the database and how they might duplicate the system in their state.

“These data visualization tools are becoming a national trend,” says Eric Jackson, director of the Connecticut Transportation Safety Research Center, which built the database and keeps it up to date. 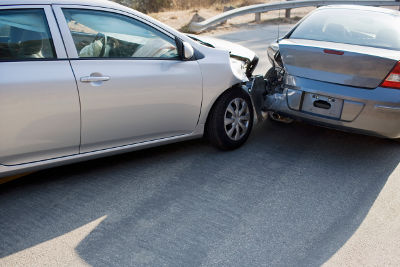 Two cars in collision on roadway

Jackson says Connecticut’s database is highly interactive, accessible to the public, and allows for rapid, real-time analysis of data to identify trouble spots and trends. The homepage includes a daily ‘ticker’ comparing Connecticut traffic fatalities this year to other years. System information is updated daily.

“With our database, members of the public can find very detailed information about crashes with very little effort,” says Jackson. “That’s what we were going for, a very user-friendly Google-esque application, where you don’t need to be a data expert to use it.”

Once logged into the repository, users can search for statewide crash trends spanning years, or drill down to one particular town or even street corner to see how many crashes occurred there, what kinds of crashes occurred, and what, if any, injuries were reported. Users can also find out if the driver was wearing a seat belt, their sex and age, and whether the operator was charged with being under the influence of alcohol or drugs. The site even includes an investigator’s drawings of the crash scene and a Google street view of the crash location.

The database is already churning out some pretty interesting information.

Another query found there were five fatal motorcycle crashes in one week in June this year – a potential red flag for law enforcement and safety advocates heading into the summer months.

“When it comes to highway safety, change is driven by data,” says Amy Parmenter, public and government affairs manager for AAA in Greater Hartford. “The rich repository the UConn team has created is not only a robust, user-friendly reference tool, it is an invaluable resource that may ultimately save lives. I feel lucky to have access to it every day.”

UConn staff spent over a year inputting details from thousands of paper state crash reports to create the database. Data collection dramatically improved with the implementation of a new state system that allows police departments to file digital versions of their crash reports.

Ultimately, the UConn team hopes to improve the database and data integration to the point where it meets all of the guidelines currently recommended by the federal government. If successful, Connecticut would be the first state in the country to meet that high standard, Jackson says.

As part of that goal, Jackson and his team are working with Connecticut’s Judicial Branch and departments of public health, motor vehicles, and transportation to obtain more transportation safety data. That data includes such things as toxicology reports, injury and treatment information from hospitals, and citation and adjudication information, as well as records involving driver and vehicle history.

“Hopefully, we’ll be able to merge that data with our crash data so that when a crash occurs, we can find out how may prior DUIs a person had, how many speeding tickets they’ve had, what injuries they suffered, how long they were in the hospital, how much it cost to treat those injuries, etc.,” says Jackson. “We can then analyze that data to see whether current drunk driving or speeding laws are adequate.”

Information will be coded so that no personal identifying information about drivers and injuries will be accessible through the database.

As a first step, UConn’s Transportation Safety Research Center is currently working with the Connecticut Department of Motor Vehicles on a pilot project involving the transfer of data from the state’s graduated driver license program for teens and first-time drivers.