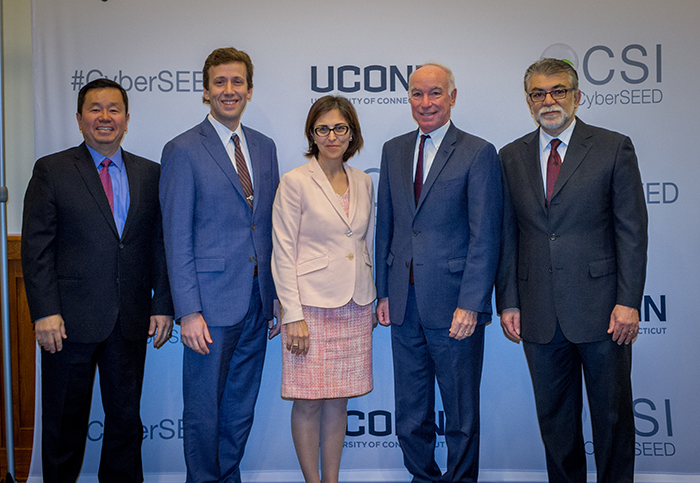 The University of Connecticut’s Comcast Center of Excellence for Security Innovation recently hosted CyberSEED 2016. Speakers from around the country shared perspectives on cybersecurity issues and the importance of strengthening online defenses in vital areas.

“This is almost an existential challenge for the country, and frankly it’s going to be a persistent one, for decades to come,” said U.S. Rep. Joe Courtney at the conference. 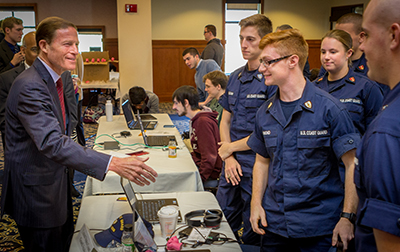 U.S. Sen. Chris Murphy joined CyberSEED by teleconference. Video from his statement is available below. (Photo from Sen. Murphy’s website)

Courtney said that the importance of cybersecurity has been emphasized by the news recently.

“As we know from last Friday, when the Director of National Intelligence and the Department of Homeland Security basically came right out bluntly and said ‘this is an attack that came from another nation state, from Russia,’ this issue just keeps escalating- in terms of the threat to whole sectors that have been totally caught off guard.”

U.S. Sen. Richard Blumenthal echoed Courtney’s commitment to cybersecurity. He discussed the devastating effect that cybercrime can have on citizens, and talked about the need for internet companies to report security breaches in a timely manner.

“A national breach notification standard would help to make sure that consumers are alerted when their sensitive personal information is in the public realm and potentially vulnerable to abuse through identity theft,” Blumenthal said. 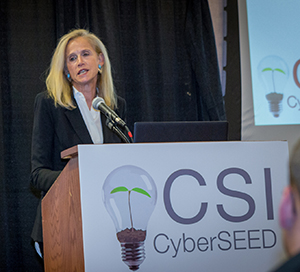 One of the most anticipated talks of the event was from the tech team behind Mr. Robot, the acclaimed television show on the USA Network. The team emphasized the hard work that went into making Mr. Robot accurate from a hacking standpoint.

“What you saw in the seasons, the accuracy that we’ve made, it took a lot of work. A lot of hours at 3 a.m. and text messages at all times of the day,” said Andre McGregor, Director of Security at Tanium. McGregor was previously an FBI Supervisory Special Agent in the Cyber Division, and used that experience to guide the show when it intersected with law enforcement.

One of the recurring topics of the conference was the need to move beyond a coconut model of security, where there is a hard outer shell with a vulnerable system once that shell has been bypassed. This approach not only gives an outside hacker a clear point where they have succeeded, it also leaves a network vulnerable to attacks from within. 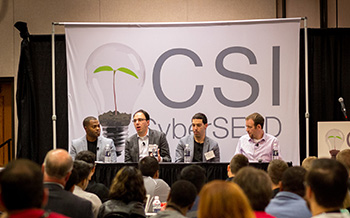 “Every attacker is going to be a potential insider; whether you start on the inside of a network or you’re an external adversary who goes out to breech the perimeter and establish a foothold on the internal network and move from there,” said Sean Malone, chief strategy officer for FusionX.

Malone said that this hardened outer shell approach could lead to a game over mentality when, inevitably, the outer shell is breached.

“It should be as complex or more complex to achieve the objective on the internal network as it is to get there in the first place,” he said.

To view the CyberSEED conferences, visit their Youtube page.