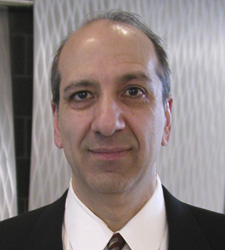 Dr. Javidi’s Guggenheim Fellow Award is presented for his work on real-time 3D optical imaging and identification. Guggenheim Fellows are appointed on the basis of “impressive achievement in the past and exceptional promise for future accomplishment.”

Earlier in the year, he received the 2008 IEEE Donald G. Fink Prize for the best overview or survey paper among all (over 130) IEEE transactions, journals, and magazines; and The Humboldt Prize – Germany’s most prestigious research award for senior U.S. scientists and scholars in all disciplines.

His other awards include the Dennis Gabor Award in Diffractive Wave Technologies from SPIE, National Science Foundation Presidential Young Investigator award, Engineering Foundation and IEEE Faculty Initiation Award, IEEE Distinguished Lecturer Awards, and best paper awards from IEEE and SPIE. In 2003, he was selected by the National Academy of Engineering as one of the nation’s top 160 engineers between the ages of 30-45 to be an invited speaker at the Frontiers of Engineering Symposium.

Dr. Javidi is Fellow of seven professional societies, including IEEE, the American Institute for Medical and Biological Engineering, the Optical Society of America, SPIE, and the Institute of Physics. He has over 630 publications, including eight books, 44 book chapters, over 250 peer reviewed journal articles, over 330 conference proceedings, and over 110 plenary and keynote addresses and invited conference papers.

Dr. Javidi received his B.S. from George Washington University, and his M.S. and Ph.D. degrees from the Pennsylvania State University, all in electrical engineering.