In January 1991, Joe Kostoss had 20 years under his belt working as a Design Engineer for General Electric in Schenectady, NY, when the adventure of a lifetime came calling. Crisscrossing the country working as a troubleshooter for GE customers, Kostoss sharpened his generator engineering and design expertise on the job.  Kostoss, then 47, was intrigued by a job posted by a manager friend advertising a GE liaison engineering position to train customers at Doosan Heavy Industries & Construction in South Korea. Listed as a two-year assignment, the manager assured Kostoss that he could come back early.  Before accepting the position, he conferred with his children, a high school senior and college student, who said, “Go for it, Dad!”  It was a good time in his life to get away, Kostoss said. “People regret the things they never did, not the things they did.” 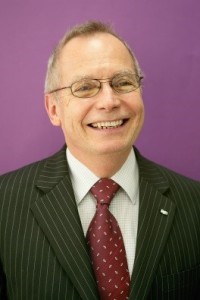 After the initial assignment, he extended one year, and then another year and another, for a total of twelve years, when the assignment finally came to an end and he was asked to either move back to Schenectady or retire. Kostoss loved working with the people he encountered, particularly their willingness to learn what he had to teach them. Life was pleasant and hassle-free.  In 2003, he retired from GE and worked for Doosan as a technical consultant until December 2013.  Without the option of a retirement residence visa, after 23 years, Kostoss moved to Wilmington, NY, home of Whiteface Mountain and Lake Placid, two-time site of the Olympic Winter Games.

A grandparent, Kostoss is catching up with family members and celebrations and admits that he’s still adjusting to retirement and life in the U.S. He stays in touch with dear Korean friends and misses favorite Korean food, especially kimchi and barbecued duck.  The closest Korean restaurants are hours away in Vermont and Montreal, Canada.  He plans a long weekend in Montreal to savor the food and shoot photos of that beautiful city.  A photography hobbyist, his portfolio reflects his love of a country that was his expatriate home for 23 years.  Asked whether he mastered the language, he laughed and said he learned only a little of it.  If he’d known he’d be there so long, he would have learned the language early in his assignment.

Six thousand miles and sixty thousand memories, it’s going to take him a while to adjust.

Momentum #1: Why did you choose engineering?

Kostoss:  As a young boy, I was always interested in how things worked.  My father was an auto mechanic and later worked in the aircraft engine assembly department at P&W.  He was forever tinkering with cars and I was his main helper.  I knew from the time I was in middle school that I would become an Engineer.

Kostoss:  Studying and experimenting in the Engineering Labs. I had the great opportunity to roll up my sleeves and get my hands dirty putting the things I learned in the classroom to the test.  Getting down and dirty; it’s part of my DNA.

Trudging to class in the blinding snow and biting wind has also been lasting memory, albeit, not the fondest.

Kostoss: My classmates, mostly. We all seemed to have a friendly competition to see who could be the best.  Most of my buddies in college had the same thirst to understand how things worked.  However, I think the greatest influence actually occurred years later when I worked for GE.  It was there that the prevalent culture was that each engineer was given completely ownership of his or her decisions.  It was up to you to make the right decision; if not, you were held responsible to make things right.  This was a very empowering learning environment where you could rely on others in the organization, but not carrying your own load was just not an option.

Kostoss: After getting my Bachelor of Science in Mechanical Engineering, I enrolled in the UConn graduate school for my Master of Science degree in Mechanical Engineering.  After that, I accepted a position with Hamilton Standard in Windsor Locks and a few years later moved to Schenectady, NY as a Design Engineer in the Large Steam Turbine / Generator Department of The General Electric Co.

Kostoss:  Unfortunately, I had not visited Storrs since I received my MSME degree, but the good news is that I did return in October, 2014 for my 50th class reunion. It was great to be back!  So many things have changed since then; the campus has grown…both in size and stature.  I would love to be back living on campus and continuing my education.

Kostoss: I have remained in contact with only a few of my fellow alumni over the years.

Momentum #7:  If you knew then what you know now, how would that have affected you?

Kostoss: My choice to major in Engineering has always been the correct choice for me. But looking back, I would have taken a few more business courses as a supplement to all the technical courses. A business background would have put me in a better position to understand and accept the full impact of all the Engineering decisions needed to keep a company successful.

Kostoss: If there are any courses in technical writing being offered, sign up! Unfortunately, in the engineering world, writing skills are placed on the back burner and many of today’s highly skilled engineers lack the ability to prepare readable technical documents.  In the real world, it is the Engineer who must create clear, concise process instructions that complement the manufacturing drawings so that technically elaborate designs become high quality products.  It is the Engineer who writes the technical papers that get published in the various technical journals.  It is the Engineer who presents his work at the various symposia which are read by the most elite in the industry.  The best way to stand above all others in your chosen technical field is have the ability to present your designs, ideas and proposals, and reports in such a way that everyone sits up and takes notice.