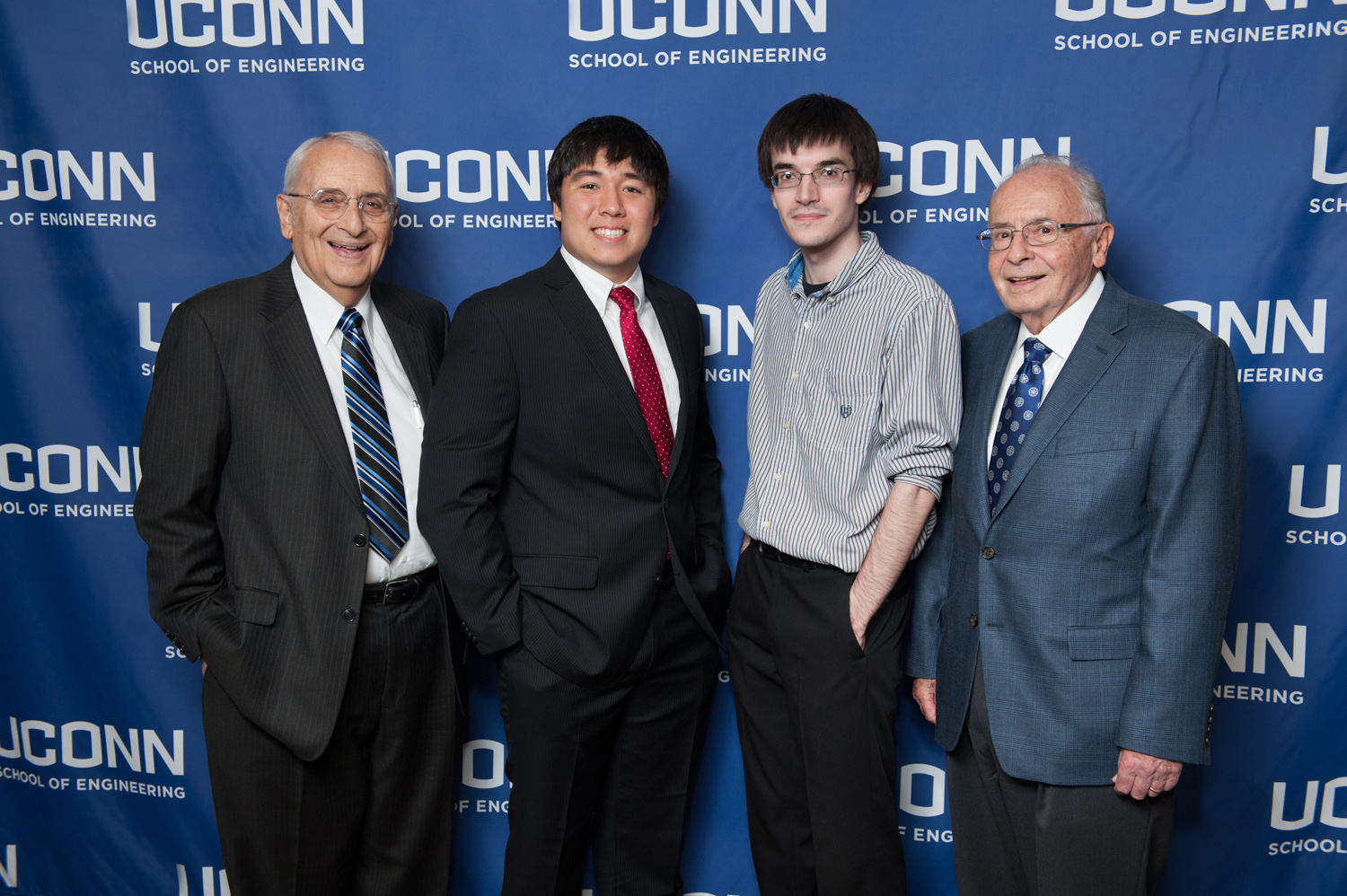 Samuel ’50 and Stephen Altschuler ’54, who earned their UConn bachelor’s degrees in electrical engineering, will cut the ribbon on the new lab, located on the first floor of the Information Technology Engineering (ITE) Building, sometime in summer 2019.

“We chose to make this gift because of the support we received from UConn when we were engineering students in the early 1950s,” said the brothers in a joint statement. “Our training enabled us to advance our careers to the point where we are financially able to make a gift of this size. Connecticut has been a major focus for us our entire lives, and we are proud to be able to make a meaningful contribution to its flagship university.

Our participation in this critically important project was initiated in conversations with Donald Swinton, Director of Development for the School of Engineering and UConn School of Engineering Dean Kazem Kazerounian. We believe that cybersecurity is among the most critical issues of this age. In order to assure that society will be able to safely continue to use the ever-accelerating advancements of technology, the study of cybersecurity is crucial to the maintenance of peaceful cultures.”

The new Altschuler Cybersecurity Lab will be the cornerstone of UConn’s effort to graduate engineers with expertise in cybersecurity, said Dean Kazerounian: “We are in an age where the threat of cyberattacks has gotten more pervasive. As an institution, we need to be training the next generation of engineers to combat this threat, which is why this gift from the Altschuler brothers is so important for the School of Engineering and the University.”

When fully launched, the lab will be dedicated to teaching hands-on cybersecurity to all Computer Science and Engineering freshmen, as well as other undergraduates and graduate students. A special freshman curriculum is being developed to teach cyber-hygiene in software and hardware and learn about vulnerabilities in commercial-off-the-shelf devices, Internet-of-Things devices, equipment to test the security and integrity of electronic election/voting systems, smart power-meters and power grid devices. The curriculum will also cover website security, secure configuration of networks and networked systems, and security of network routing. The UConn CSE Department is home to more than 800 undergraduate and 150 graduate students.

“The establishment of this Cybersecurity Laboratory is wonderful news for Connecticut,” says Arthur H. House, the state’s chief cybersecurity officer. “It will enhance UConn’s academic strength and partnership in the ongoing effort to understand and counter evolving cyber threats to the state’s government agencies, businesses and organizations.”

Mark Raymond, Connecticut’s chief information officer, agrees. “One of the fundamental principles of the state’s cybersecurity strategy is cybersecurity literacy.  The strategy calls for all sectors to reduce cybersecurity risks through education and awareness. The laboratory at UConn will play a critical role in developing the next-generation cybersecurity skills required to keep our state’s citizens and business safe.”

Samuel Altschuler graduated from UConn with a B.S. in Electrical Engineering in 1950, earned an MBA from Northeastern University in 1958 and founded Altron, Inc. where he was the chairman, and president until his retirement.

Stephen Altschuler graduated from UConn with a B.S. in Electrical Engineering in 1954 and went on to earn his master’s degree in engineering from Yale in 1955. He is the founder, president, and chairman of Altek Electronics. He also served on UConn’s Board of Trustees from 1986-1993.

“We have provided scholarships annually to UConn’s Engineering students,” said the brothers. “We recognize that Dean Kazerounian and his staff have assembled a first-class faculty to be stewards of the Cybersecurity specialty, and we are highly motivated to support it.”

UConn’s School of Engineering is also home to the state’s Voting Technology Research Center, which evaluates Connecticut’s voting machines and audits results for cyberattacks. It has also created centers of excellence with Synchrony Financial and Comcast on cybersecurity research and hosted major annual cybersecurity conferences.