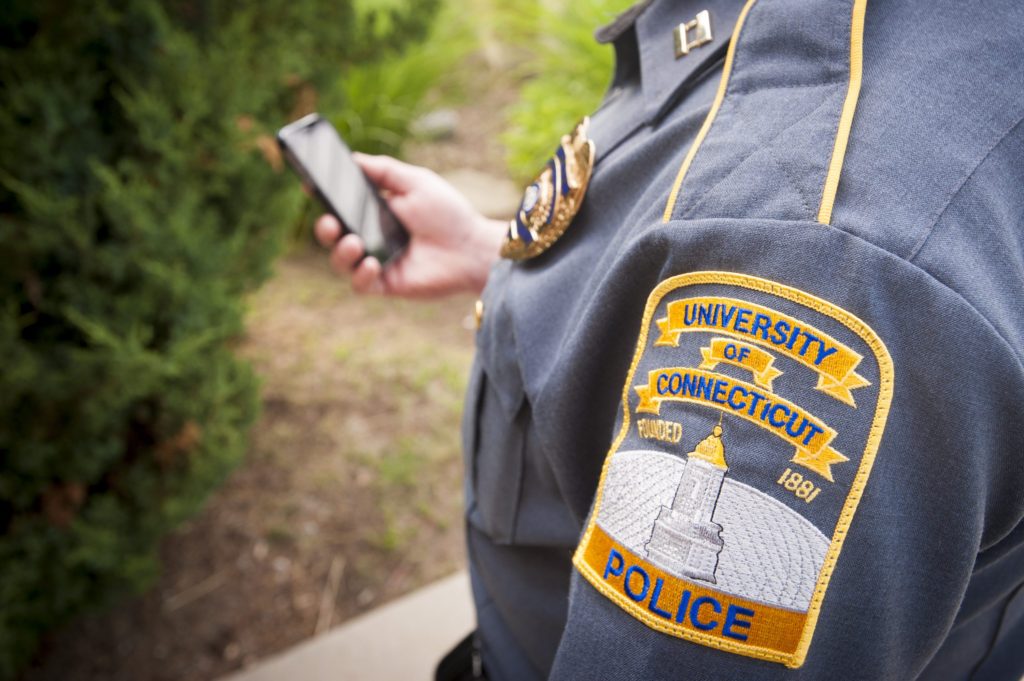 UConn has installed a new system that can detect gunshots and explosions, and send live video feed to officers’ cellphones. (Sean Flynn/UConn Photo)

During active shooter events, the speed with which first responders get information is key to saving lives. Thanks to a donation from a UConn engineering alum, UConn police could learn about an event in a matter of seconds.

Robert Hotaling ’01, an electrical engineering alum and the founder of Verbi Security, is donating an intelligent gunshot detection and IP device unification platform to UConn. His company’s system detects gunshots or explosions, sends information to campus police through an automated system in a matter of seconds and links the location to maps and video cameras.

“That, to me is the difference here; we’re a mobile first solution. We leverage mobile devices to get instant notifications,” Hotaling said.

Hotaling was inspired to donate the system when a student worker made a routine alumni donation call. After considering the request, Hotaling decided to give something more than just money.

“I said ‘I could give you some money, but I’m the founder of this company, I’ve got this tech, and I could make a donation of that tech.’ If it wasn’t for that student, I might not have thought about the donation,” Hotaling said.

The platform, which Hotaling said is worth roughly $175,000, uses military grade intelligent shot detectors to search for specific sounds. 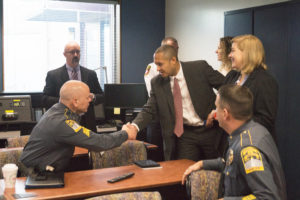 “The sensor listens, but not for the sound of the human voice. The onboard processing algorithm uses fuzzy logic to look for the acoustics of a gunshot or an explosion,” Hotaling said.

Hotaling stressed that there won’t be an invasion of privacy with the system.

“There are no privacy concerns here, all it’s doing is looking for the gunshot,” he said.

UConn has not had a problem with shooters, but recognized that the donation could enhance campus security.

“We’re using it to be very proactive,” says Hans Rhynhart, UConn’s interim director of public safety and chief of police. “This is a great opportunity to test a brand new system that has the potential to be really useful to our community.”

The system can notify officers in a variety of ways, including text messages, iPad notifications and text to speech automated phone calls- which officers are trained to look for.

“The officers get the notification, then click on the cameras in the zone and can get a live feed of what’s going on there,” he said.

The system is also capable of sending alerts to students, faculty and UConn employees with the same sort of fast turnaround.

Hotaling said that he’s excited by the chance to give back to UConn.

“I walked those halls,” He said. “I love UConn, I loved my time there, and I’m so happy to be a part of this process.”