On April 8, three experts in innovation and entrepreneurship described different facets of the creative process and how technologies developed within the academic environment can be transformed into commercially successful products and processes. The event, offered in conjunction with the School of Engineering’s Graduate Student Professional Development series, drew a large audience of graduate students and faculty members.  The series entails workshops, seminars and lectures intended to polish the skills and general business acumen of engineering graduate students.

Each of the speakers – Mark Van Allen, President of the UConn R&D Corporation, Kevin Bouley, President and CEO of Nerac, Inc. in Tolland, and Hadi Bozorgmanesh, Senior Director of Physical Science Ventures with UConn R&D Corporation and former Senior Vice President of Science Applications International Corporation (SAIC) – offered a distinct perspective, progressing from the most orthodox to the most radical roadmap, on the journey involved in building an entrepreneurial enterprise.

Mr. Van Allen, who introduced himself as the “technocrat in the room,” discussed the role of the UConn R&D Corporation in helping to escort university-developed technologies to the commercial arena. The unit is a for-profit subsidiary of the UConn Foundation. He 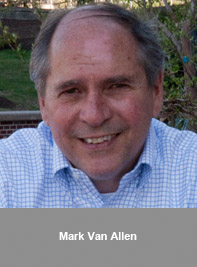 noted that, when faculty or student inventors approach the R&D Corporation for assistance in launching a business, he and his colleagues carefully evaluate the commercial potential of the invention based on a number of critical points.  Among the questions they ask are: “Is the invention a platform technology?,” “Is it protected adequately through patents?,” “Is there a prototype, or has the proof of concept been awarded?,” “What technology is it replacing?,” and “How large is the potential market?”  The organization considers only those inventions judged to have markets of $300 million or greater.

The academic inventor receives 33% of all royalties generated by a successfully launched patented invention, according to Mr. Van Allen.

UConn R&D evaluates between 8 and 10 applications each year based on its criteria. Of these, 5 to 6 are reviewed in greater detail and 1 to 2 startup businesses are begun yearly, according to Mr. Van Allen.  Among the companies UConn R&D has launched successfully to date are Alphachromics, Chondrogenics, Cornovus Pharmaceutical, LambdaVision Inc., New Ortho Polymers, Renzulli Learning LLC, Synaptic Dynamics, and Vestaron Corporation (formerly Venomix). 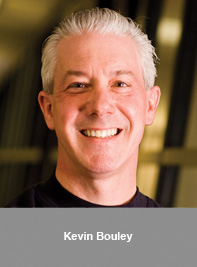 Mr. Bouley, a UConn alumnus (B.A. Finance, UConn ’80), discussed his experience in helping to nurture entrepreneurial ideas emerging from the creative UConn community.  In Tolland, where Nerac makes its headquarters, Mr. Bouley has established a small incubator that he hopes will help to define the region as a technology corridor based on inventions developed by students and faculty associated with the university.  Besides invigorating the local economy and providing jobs, he said, these startups will help stem the tide of smart young people who leave Connecticut for greener employment pastures.

He briefly profiled the origins and struggles of two small startups, Control Station and Progeos, which he has cultivated through capital investments and the provision of space within his incubator.   Both, he emphasized, emerged from the fertile UConn environment and were strategically shaped by UConn students who contributed important game-changing ideas.

Mr. Bouley remarked that although great ideas are important, they alone will not attract investors. He explained that angel investors judge the potential of an idea based on such criteria as the ability of the innovation to inspire the investor; the cohesion and effectiveness of the innovation team; the passion and commitment of the innovators, who will be required to make sacrifices – work long hours, wear many hats and also promote their product or process to potential customers; and the substance and credibility of the team. “I would rather have a great team with a mediocre product than a great product with a mediocre team,” he noted.

He cautioned the audience that most angel investors are not interested in merely bankrolling the operation; rather, investors seek to be actively involved in the nascent company, mentoring and advising the principals as they more fully develop their business plan and launch the business.  The payoff for such investors, he remarked, goes beyond the 3 to 5-times growth in value an angel investor expects to receive within a 3 to 5 year time horizon. 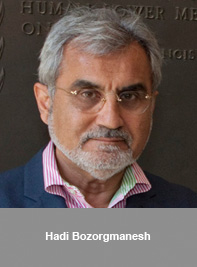 centered upon “intrapreneurship,” the practice of acting in an entrepreneurial manner but within a large organization. Dr. Bozorgmanesh built his career with SAIC, a company renowned for its agile, innovative tech culture and the archetypical intrapreneurial organization.

He contrasted the traditional versus intrapreneurial organizational cultures, which differ in their managerial structures as well as characteristics.  In the traditional structure, he noted, a highly differentiated, rigid organizational hierarchy is the norm; job responsibilities are clearly defined and deviation from the path is discouraged; employees follow orders from above and communications are highly formalized. Within such organizations, employees learn to “watch their backs,” he remarked.  Within the intrapreneurial structure, he said, there is low horizontal differentiation; employees are encouraged to collaborate, experiment and contribute new ideas within constantly evolving informal teams; duties are deliberately more ambiguous and communication is often informal. In this environment, employees are rewarded for kindling new ideas and taking chances.

Dr. Bozorgmanesh summarized the history of SAIC, founded in 1969 by Dr. J. R. Beyster, which in 2010 earned $11 billion in revenues.  He recounted anecdotes about employees who went out on a limb to champion unorthodox and ultimately wildly successful ideas, and one who managed to keep his job even after one wild idea cost the company millions of dollars: his passion for ingenuity was his saving grace in a company that prized creativity and risk taking.

He concluded with a summary of the “Intrapreneur’s Commandments,” unspoken rules that defy the traditional model and which “fly in the face of everything being taught in the business schools today,” he noted.  Among them are: “No business plan, no strategies; instead be opportunistic,” “Experiment, and reward the right failures,” “Good ethics is not a behavior but a company asset,” “No entitlement due to past achievements,” and “The future is a new beginning.”