Eurotech Prepares to Celebrate Twenty-Five Years, Expands to Other Languages 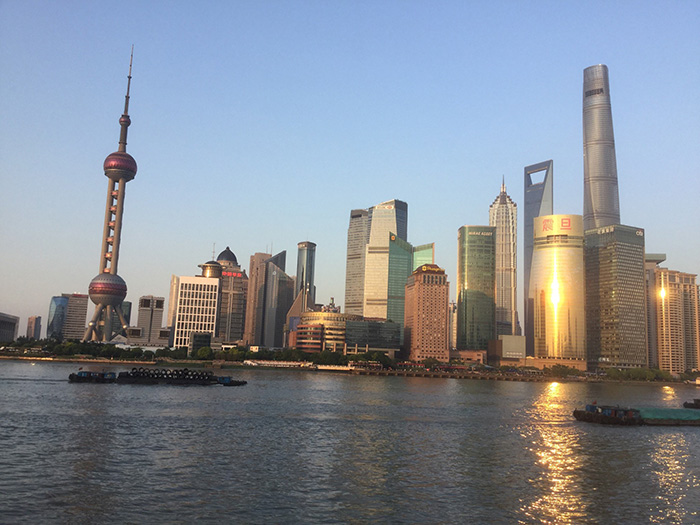 The Shanghai skyline. The new Asiatech program will allow students to intern and study in Shanghai.

The successful Eurotech Program, which allows UConn students to double major in engineering and German language and culture, is expanding to allow students to study in a number of different cultures. The Engineering Spanish Program (ESP) currently has its first student, with an Asiatech Program, focused on studying Chinese language and culture, coming in the fall of 2017. The Eurotech program will also celebrate its 25th anniversary 2018.

“We want incoming freshman to think of UConn as a place to become a global engineer. A place where they’ll have the opportunity to integrate engineering and studying a language, a culture and study abroad into one cohesive program. We don’t want this to just be a nice add on, but a destination,” said Brian Schwarz, the director of experiential engineering education initiatives.

Until recently, Schwarz was the director of advising for the School of Engineering. His title was recently changed as the school has expanded these oversea study programs.

“All of these programs are going to fall under the umbrella of an International Engineering Program. We’re also looking to expand into France in the near future,” Schwarz said.

All of the International Engineering Programs require five years of study, which includes a B.S. in engineering and a B.A. in the corresponding language for the program. Students take courses and receive a six-month internship in their country of study, spending a total of a year abroad.

The Engineering Spanish Program, which recently launched, takes students to Valencia, Spain to study at Polytechnic University of Valencia, while the Chinese program is located at Shanghai University. In the future, Schwarz expected to extend programs into Italy and Israel.

Schwarz is also involved in the Eurotech Living Learning Community, which allows students to live in a cooperative environment focused on their shared interests. That community will also expand.

“Eventually we’ll create an International Engineering House Learning Community. I’m not sure yet if that will be a separate house or if the Eurotech house will be integrated into the larger International House,” he said.

Schwarz said that these programs are also beneficial to the corresponding language programs.

“The Chinese program is fairly new at UConn, this will help grow the number of Chinese majors. We’ll continue to grow these programs with them strategically,” Schwarz said.