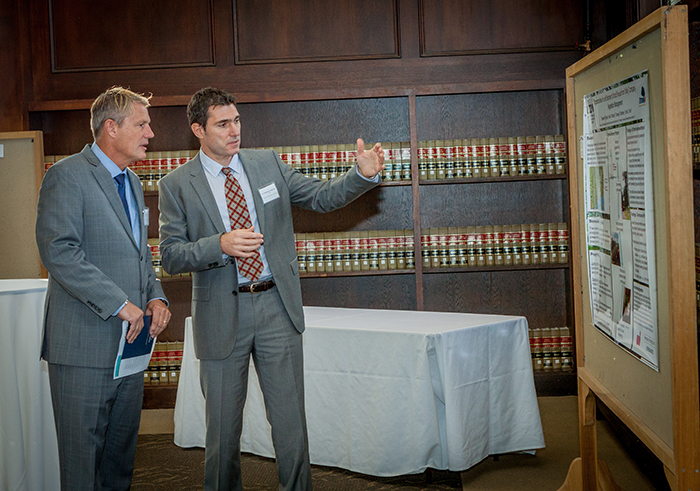 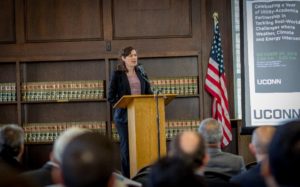 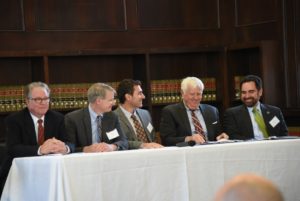 Connecticut DEEP Deputy Commissioner Katie Dykes described the Center’s research as transformational. “Today is an impressive milestone as in the past year you’ve quickly jumped into big projects to ensure reliable power in extreme weather and security events,” said Dykes. “Transformational information is being developed here at the Center. The insights from your research can be a template for the rest of the country and the world. Many thanks for the remarkable work so many of you do at Eversource to maintain the high standard of reliability every day.”

Ken Bowes, Eversource Vice President of Engineering, and Eversource Energy Center Executive Committee Member, highlighted the year’s success. “Our vision of a scientific, research, and operational hub is a reality,” said Bowes. “The grid of the future will be unlike anything we’ve encountered, with smart homes, smart cities, and an intelligent, interactive, automated grid. Our Center is ready to lead these important conversations, driving the innovations and advances that will create the grid of the future.” 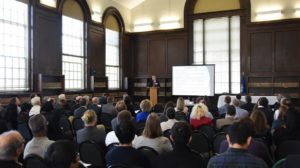 Vice Provost for Strategic Initiatives Lawrence Silbart commended the Eversource Energy Center as an example of an effective on-campus partnership and center. “The partnership with Eversource has been fantastic. It’s been great in the way it blew up in the very beginning, when Manos (Anagnostou) and others began engaging with Eversource. […] It’s fantastic to see projects that are able to support additional people, to bring them into the fold. This is one of the centers that we’re standing up to say ‘hey, as you go to form your center or institute, take a look at this one, look at how well it’s done’” Silbart said. (Photo Credit: Gerald Desimas)

The Center is leading the research and delivering results on a wide range of emerging topics. Our excellent research capabilities, from data collection to experimental test beds, are solving real-world challenges on energy resilience.