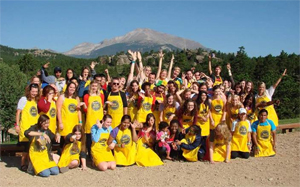 FeelGood is a creative, student-led movement that raises money and awareness for the end of global hunger by running non-profit, on-campus grilled cheese delis, and there’s a UConn chapter now! Their motto: Hunger can be and must be ended in our lifetime.

I continue to be involved in organizations related to animals, cancer, microloans, water and more, but FeelGood has given me opportunities that go beyond investing money – opportunities like having conversations with others about hunger-ending strategies; producing socially shareable content; and feeling really, really good on the inside.  Most important, FeelGood is not a charity, it’s a partnership.

UConn is FeelGood’s 23rd (how lucky!) chapter and includes co-presidents Vasiliki Goumenos and Rebecca McKeown, advertisement officer Danielle Lyte, and other huskies. They set up delis bi-weekly on campus either in the library or on Fairfield Way, where gourmet grilled cheese sandwiches are sold, and conversations shared. FeelGood UConn partners with local restaurants that donate ingredients for the delicious gourmet sandwiches, and they’ve even created their very own signature grilled cheese. You can look them up on Facebook, “Feel Good UConn,” and follow them on Twitter: @Feelgood_UConn.

FeelGood has an intrinsically motivated support team, always available to help students become successful in implementing the FeelGood program with a track record that’s exponentially growing.  I heard about FeelGood from their executive director and co-founder, Kristin Walter. Last month, I had the opportunity to meet a lot of great folks from FeelGood at their amazing summer institute in Allenspark, CO, including Talis Apud (co-founder and Beijing ’08 Olympics qualifier), Kern Beare (FeelGood Academy director) and Corin Blanchard, Sarah Walter and Rachel Rubenstein (of the University team), as well as many motivated students. And since I work in the Social Learning industry, I was able to brainstorm ideas with their Social Media enthusiasts, Talis and FeelGood alumni president, Peggy Snider.

I am so moved and inspired by FeelGood that I have nominated them for a TED talk, hired chefs to produce cooking videos, song artists to produce an audio album, and other very talented artists to produce a series of “social” videos. I look forward to investing a lot more. You can click on the links in this paragraph to view/listen to some of them.

The Huskies are solving a serious issue in a FUN way – having impactful conversations while raising money with tasty grilled cheese sandwiches! FeelGood also offers many inspiring and fun experiences, from their summer institute to international travel opportunities. The students also learn valuable management and leadership skills that will help them in their professional careers. You may email Vasiliki.goumenos@uconn.edu to join the UConn FeelGood movement and visit www.feelgood.org to learn more!