From Undecided to Dean of Engineering at Michigan Tech 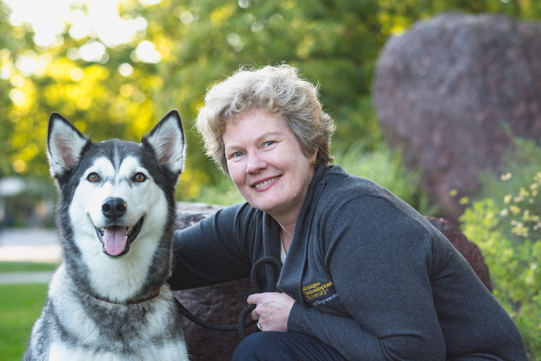 Dr. Janet Callahan, Dean of Engineering at Michigan Technological University, arrived at the University of Connecticut as a sophomore transfer student, undecided in major. A decade later, she had three degrees from UConn and a clear career path.

“It’s normal not to know what you will settle on as your major,” Callahan noted. “My most basic message to every entering student is this: explore your interests, embrace them as part of your toolkit, while also moving forward and taking the fundamental courses.”

During that first year at UConn, Callahan took courses in alignment with a vague notion of being “pre-med” and then selected chemical engineering, which resonated with her, having a parent who was an engineer.

By her senior year, her pre-med route had led to her taking all the prerequisite courses except Introduction to Engineering. In her last semester, she learned that taking this introductory course was still an expectation. But with a great deal more persuasion, she was able to avert disaster:

“I had been called to a meeting with the head of Chemical Engineering, who explained that I had to take Introduction to Engineering (a first-year course) in order to graduate. I remember asking him, ‘Why, what knowledge is in this course that I need to learn as a graduating senior?’ I just kept asking about what it was that taking the course would teach me. After a long half-hour with me, the department head signed the paperwork to waive the course completely.”

After learning that she was on-track to graduate on time, Callahan started planning her post-graduation steps. She never intended to launch herself headfirst into a career in academia, and had plans to enter the workforce.

As fate would have it, a chance encounter with a UConn Engineering professor, Dr. Donald Potter, pivoted her trajectory towards the academic world:

“In my last semester as an undergraduate, Dr. Potter spied me one day crossing campus, returning from an on-campus interview and stopped to chat with me. He asked when I was graduating, and what my plans were. And he went on to introduce the idea of graduate school,” Callahan said.

During that conversation, he convinced her to delay her plans to enter industry and get a Master’s in metallurgy. When she entered graduate school, she had no intention of getting a Ph.D., but fate intervened again:

“I didn’t actually set out to earn my Ph.D., but after about a year in graduate school, I realized how much I liked to do independent research,” Callahan said.

While in graduate school, she took all the opportunities presented to her, which included learning a third language:

“I wanted to exercise another part of my brain.”

She remembers her advisor discovering after about a year, that she’d been taking coursework in Italian, and asking her about it. “He was fine with it, just curious about my motivation.  Ironically, a year later, he sent me to present my research at a conference at Riva del Garda, in northern Italy.”

After leaving UConn, she went on to do post-doctoral work in Melbourne, Australia, became a faculty member in the Materials Science and Engineering Department at Georgia Tech, held various leadership roles at Boise State University, and eventually arrived at Michigan Technological University, where she was appointed Dean of Engineering earlier this year.

As Dean at Michigan Tech, Callahan has the important responsibility of leading the academic and research mission of the college. She also has the distinction of being the first female dean of engineering at Michigan Tech. According to the American Society of Engineering Education, there are 368 engineering deans in the U.S., with only 17 percent of those deans being female.

Callahan is proud to serve as a role model for women looking to go into academia, and into academic leadership:

“My personal message to women is that engineering is a place where we certainly belong. Academia— being a professor—we belong there too. While getting an engineering degree, and a Ph.D., and seeking an academic career is hard work —well it turns out that for people who like hard work, and solving problems, it’s a great career. And so why not choose a career where you can make a difference in the world, which is what engineers do?” Callahan said.

And to this day, even though Callahan never intended to dive into a career in the academic world, she is forever grateful for everything that UConn Engineering has given her:

“My entire engineering foundation is based on what I learned in UConn’s School of Engineering. Beyond my technical foundation, I learned about persistence, independence, and camaraderie,” Callahan said. “It was at UConn that I learned the huge value of being with colleagues who love problem-solving, design, laughter, and teamwork. I am still in touch to this day with my graduate school friends, and with my doctoral mentor. For alumni who may read this—keep in touch with your home department and with your colleagues—these are your life-long allies.”