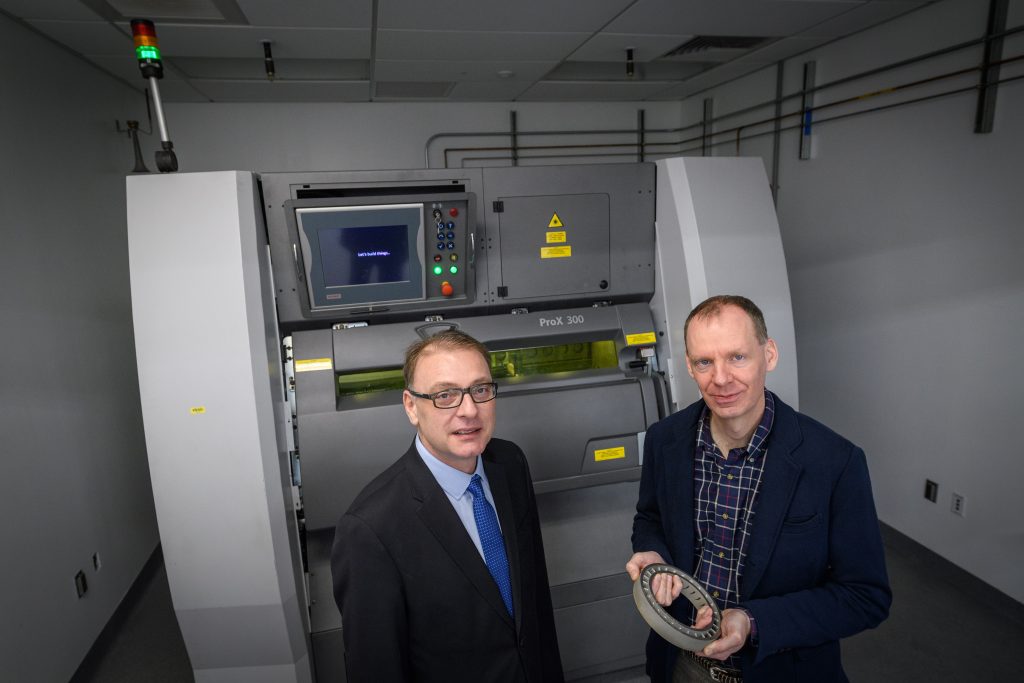 When a ship runs into trouble at sea, it can be time-consuming and disruptive to take it ashore to get it fixed. A team of UConn engineers has now developed a way for a ship’s crew to pinpoint the exact location of any mechanical trouble on board and, instead of taking the ship offline for maintenance, to repair or replace the part while the ship is still at sea.

The researchers, led by associate professor of materials science and engineering Rainer Hebert, have created a device that uses ceramics on additively manufactured metals to obtain signals about degradation or certain other potential problems, such as overheating. They are also developing a field-deployable manufacturing process that could produce replacement parts from electronic files using a 3-D printer on board ship after the metal-ceramic parts indicate failure or problems.

“Essentially, what we’re trying to do is combine two completely separate materials – ceramics and metals – in an additive manufacturing environment,” says Pamir Alpay, GE Professor in Advanced Manufacturing and executive director of UConn’s Innovation Partnership Building in Storrs. “Such a combination in a 3-D printing process is unique and challenging.”

“It is a proof-of-concept study that shows it is possible to do this while maintaining functional properties of the oxide,” Alpay says.

This demonstration of feasibility, published last year in Acta Materialia, is new and important, says Hebert, the director of UConn’s Pratt & Whitney Additive Manufacturing Center, because conventionally, the metals used in conjunction with ceramics on the surface possess specific characteristics that deviate from those found in additively manufactured metals of the same chemistry.