GE Night: The Annual Celebration of a Strong Public-Private Partnership 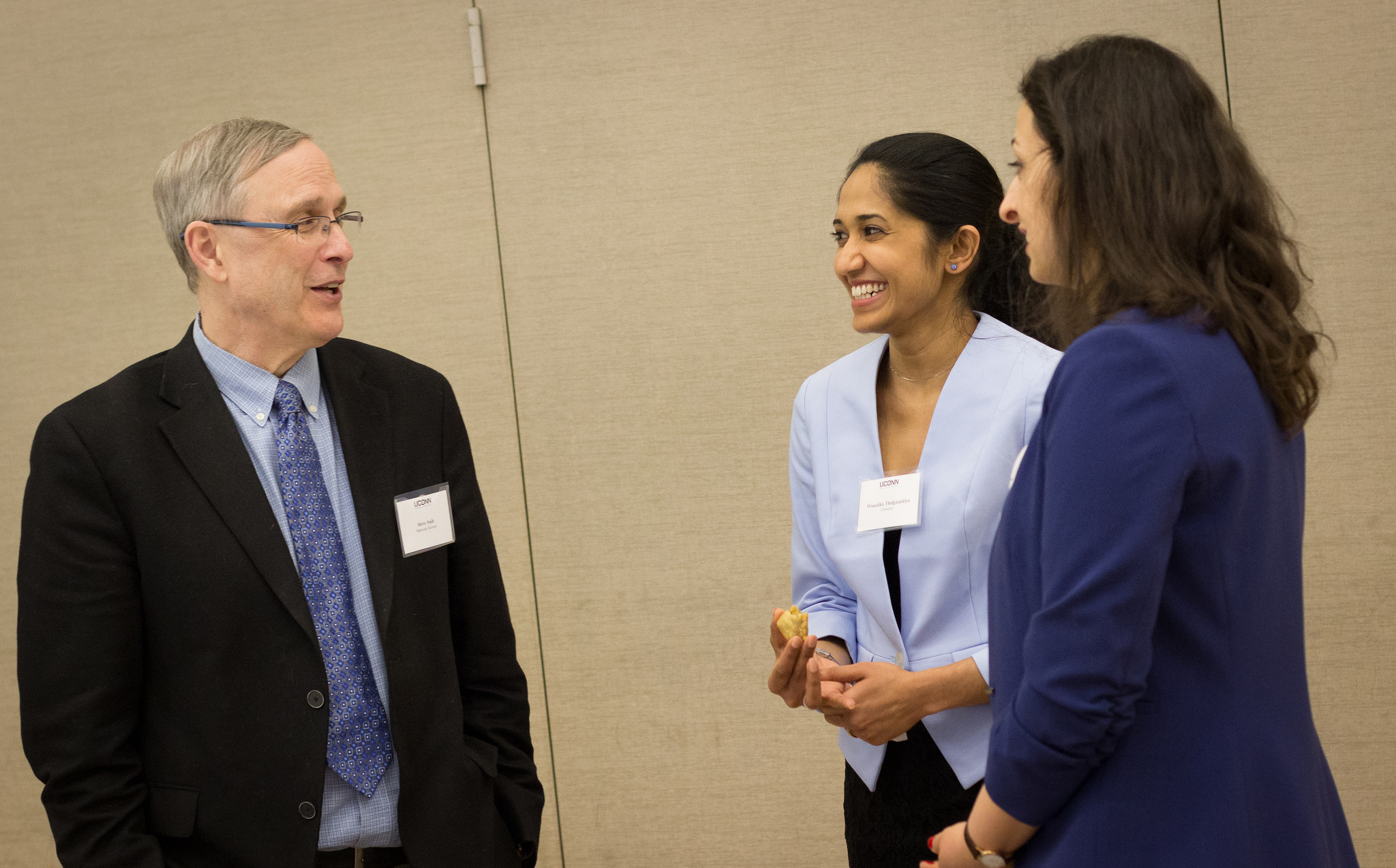 On a night aimed at showcasing one of UConn Engineering’s strongest public-private partnerships, 11 students presented updates on the research they have been working on, which was made possible through the $7.5 million investment from General Electric Industrial Solutions in 2012.

Dr. Mei Wei, the host of the night, and associate dean for research and graduate education at UConn Engineering, said that this event is one that she looks forward to every year:

“In March 2014, we had our very first ever GE Night, and since then, it has become a tradition,” Wei said. “It’s been nice to see that we have had more and more students excel in their research, which couldn’t have been accomplished without GE’s generous support.”

That support, which has funded research efforts for the past six years, has also allowed the school to establish graduate student fellowships, establish a GE Professorship in Advanced Manufacturing, and open the General Electric Center of Excellence in Advanced Materials and Modeling, of which Wei oversees.

Dr. Kazem Kazerounian, dean of the School of Engineering, said at the event that this partnership hits on all three of the major metrics of success for the School:

“I’m really proud that we call this night GE Night, because, as I’ve said before, in the School of Engineering, our most important metrics for success are the success of our students, the excellence of our research, and the economic impact we have on the state,” Kazerounian said. “These kinds of partnerships achieve all three of these, and most importantly generate new knowledge, which leads to new products, new processes, and new technologies.”

Kazerounian went on to say that now, more than ever, this kind of knowledge generation is important during the “fourth industrial revolution”:

“I was in Washington yesterday, and the discussion was focused on the fact that this is a very unique time in the United States, and the world, in the sense that we are in the midst of the fourth industrial revolution,” Kazerounian said. “With new technologies related to the Internet of Things, it’s an amazing time to be an engineering student, and we are glad that we have partners like GE that help support us during this new era.”

“Most of us here have close ties to the state and UConn. I went to UConn, my son went to UConn, our division is based in the state, and because of that, so many of us understand that the close relationship we share with the school has a profound effect on our day-to-day business,” Singer said. “Some of the projects that we’re working on with UConn are really cutting-edge product concepts for the next generation of electrical systems that are going to be a huge part of our future.”

To learn more about the partnership between GE Industrial Solutions and UConn, please visit: https://today.uconn.edu/2012/10/ge-collaborates-with-uconn-on-7-5-million-advanced-technology-initiative/