UConn engineers receive a number of accolades, awards and recognition; below is a small sample of these honors. 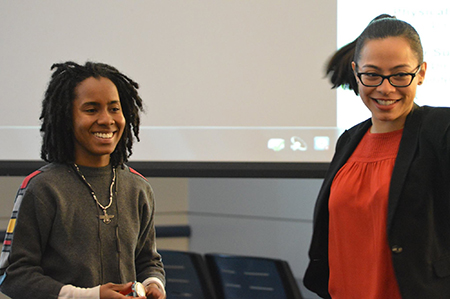 “We brought in underrepresented students from around the Hartford community and exposed them to engineering principles, allowed them to learn more about NSBE, what we do, and why it’s important to choose careers in the STEM field,” said Joshua Crittenden, president of the UConn NSBE chapter.

Crittenden said that there are around 10 professional chapters in Region 1, which includes New England, New York and New Jersey. 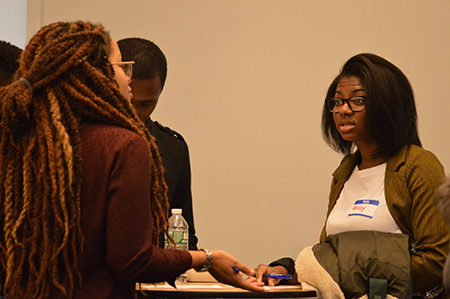 The outreach day also included networking activities for students from other local universities, such as the University of Hartford, University of New Haven and Central Connecticut State University.

There were also representatives from Travelers Insurance and United Technology Corporation, discussing effective strategies for a career fair and creating a personal brand, respectively. Stanley Black and Decker, United Technology Corporation, and the Connecticut Institution for Clinical and Translational Science through the UConn Health Center all acted as sponsors of the event.

Crittenden said that the recognition was important for the NSBE chapter.

“It means a lot. We’d been working on the event since July, contracting different organizations throughout the Hartford area and making them aware of the event. To see the event is being recognized nationally by our organization means a lot- it shows that our efforts aren’t in vain,” Crittenden said. 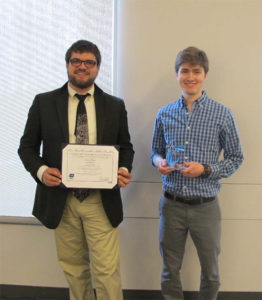 Patrick Dunham (left) and Bryan Marquis with the award for best overall team.

“They have flags- bits of code, little things you can read- depending on where the flag is located, it takes different types of attacks to get it. By getting certain flags, you can prove the bootloader can be broken in different ways,” said Dunham.

The UConn team was one of nine groups in the competition. They attributed their success in the tournament to a different approach from the other competitors, who focused on software attacks and defenses. That perspective comes from three members of the team being Electrical & Computer Engineering students.

“Imagine a chip is coded with some secret key. To upload onto that, I need the secret key. Instead of me knowing it, what if I changed what the chip thinks the key is? Then I can do whatever I want, because I made the key something I know. That was the basis of our attack,” said Marquis. 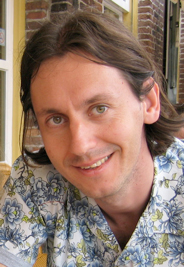 Associate Professor of Electrical and Computer Engineering Marten van Dijk will receive the Most Frequently Cited Paper Award at the 2017 Symposium on VLSI Circuits in Kyoto, Japan. Their paper was the most cited for the period between 2000 and 2009. The 2017 Symposium is a 30th anniversary celebration.

Van Dijk, as well as Jae W. Lee, Daihyun Lim, Blaise Gassend, G. Edward Suh and Srinivas Devadas, received the award for a 2004 paper titled “A Technique To Build a Secret Key in Integrated Circuits for Identification and Authentication Applications.”