UConn engineers are doing exceptional work that is often acknowledged in a variety of ways. Below is a selection of honors our faculty have recently received. 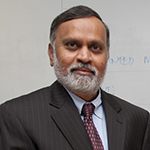 Connecticut Academy of Science and Engineering

The Connecticut Academy of Science and Engineering recently elected a new class of members that includes a number of UConn Engineering faculty members. 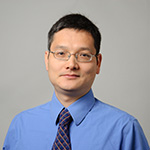 Professor Puxian Gao of Materials Science and Engineering. Professor Gao’s research concentrates on nanomaterials synthesis, characterization and applications. His research group’s objective is to bridge the gap between nanoscience exploration and nanotechnology innovation. Specifically, they are striving for better understanding of the physical, chemical and biological phenomena involved in nanomaterials systems such as nanoparticles, nanowires and nanofilms. In the meantime, the team is exploring novel nanomaterials design and synthesis, and specifically suited nanotechnology innovations in conjunction with biotechnology, energy and environmental applications, such as actuators, catalysts, electron and power sources, and sensors.

Professor Baikun Li of Civil and Environmental Engineering. Maintaining clean water, soil, and air has become a global challenge. Professor Li’s bioenergy group is engaged in multidisciplinary research and education of sustainable environmental engineering. The group has been active in the fields of cost-effective bioenergy production and harvest from wastes, real-time environmental monitoring technology, and low-cost natural degradation processes. By elucidating scientific principles and realizing engineering operation, her team aims to understand the fundamental mechanisms of bioelectricity generation at both the science and engineering levels, enhancing the conversion efficiency of wastes to electricity, and finally scaling up the self-sustainable cost-effective natural and engineering systems in real-world application. 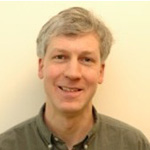 The Connecticut Academy of Science and Engineering is a private, nonprofit, public-service institution patterned after the National Academy of Sciences. The Academy identifies and studies issues and technological advances that are or should be of concern to the people of Connecticut, and provides unbiased, expert advice on science- and technology-related issues to state government and other Connecticut institutions.

New members will be introduced, and the medal of science conferred, at the academy’s annual meeting and dinner on May 22 at UConn’s Rome ballroom.