Marshall Greenspan, who received his Ph.D. in electrical engineering from the University of Connecticut in 1969, has been awarded by the Institute of Electrical and Electronics Engineers (I.E.E.E.) the Dennis J. Picard Medal for Radar Technologies and Applications.

Officials from I.E.E.E., the largest technical society in the world, honored Greenspan for his “contributions to the development of multiple phase-center airborne surface surveillance and targeting radars.” 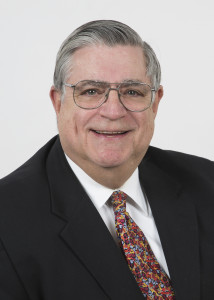 Greenspan, an IEEE Fellow, received the award at the IEEE Honors Ceremony Gala June 20th at the Waldorf Astoria Hotel in New York.

Recently retired from Northrop Grumman Corporation, where he worked as a senior consulting systems engineer, Greenspan began his 50-year career developing modes for the radars on the Navy’s A6-E aircraft. Originally designed for navigation, targeting and terrain avoidance, the A-6E radar was upgraded under Dr. Greenspan’s guidance to become the Radar Guided Weapon System (RGWS). The RGWS was a groundbreaking system that generated high resolution images of the beam area and pinpointed the location of moving targets. The Defense Advanced Research Projects Agency (DARPA) adopted the RGWS technology into the Pave Mover program, which put side-looking radar into the EF-111 aircraft to detect and track armored surface vehicles at long range, while simultaneously guiding precision munitions to a target.

This technology became part of the U.S. Air Force/Army E-8 Joint Surveillance Target Attack Radar System (JSTARS), which provides ground surveillance to military commanders to support attack operations. With Dr. Greenspan’s expertise, JSTARS enabled US forces to map the position of the retreating Iraqi army during Operation Desert Storm. This work helped demonstrate the feasibility of GMTI space-time adaptive processing (STAP) for air-to-surface moving target radars at a time when computing technology was inferior to what is currently available. STAP’s importance to the radar community continues to grow as computing technology and radar hardware improve.

Besides getting his Ph.D. at UConn (he received his bachelor’s and master’s at MIT), Greenspan said UConn played a role in his role his IEEE award in another way: UConn’s Prof. Peter Willett was the one who nominated him as an IEEE Fellow.