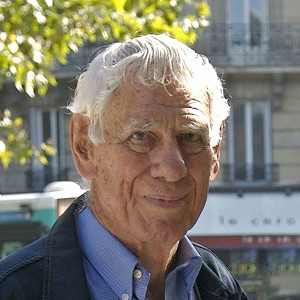 Carroll Osborne “C.O.” Bennett, A UConn Engineering professor for 23 years who coauthored one of the fundamental texts of chemical engineering, died from complications of Alzheimer’s disease on Jan. 9, 2016 at Paris, France.

He was born April 1, 1921 in New Britain, Connecticut to Edward Wilkes Bennett and Louise (Carroll) Bennett. He graduated from New Britain High School in 1939. He received a bachelor of science degree from Worcester Polytechnic Institute in 1943 ­– and played Scott Joplin rags on the piano at local bars to help pay for college. He then served as a Lieutenant in the Army Air Corps during the final three years of World War II. After the war, he spent three years at Yale University, receiving a doctorate in engineering in 1950.

While at Yale, he met Betty Jane Balch, who graduated from the Yale School of Nursing with a master’s degree in 1948. They were wed on Jun 11, 1949, and moved that fall to Purdue University in West Lafayette, Indiana, where Carroll had accepted an invitation to teach. He spent ten years at Purdue as a professor of chemical engineering. While at Purdue, Carroll and Betty Jane had three children; Edward, Elizabeth and Jonathan.

The first of the family’s many extended trips to France occurred in 1952, when the University of Nancy invited Carroll to help create a chemical engineering department from the ground up. It was during that stay he gained fluency in French and made lifelong friends which kept him coming back to France throughout his career. Other sabbaticals in France followed in 1957, 1970, and 1977. Over the years, he was also was invited to teach in many locations around the world, including Chile, Algeria and South Korea.

In 1959, Carroll left Purdue to join the Lummus Company in New York as manager of process research and development. During this time, he also began writing a textbook with longtime Purdue colleague Jack Myers. In 1962, the book, “Momentum, Heat and Mass Transfer,” was first published. It went on to become a worldwide standard classroom and reference work.

In 1964, Carroll returned to teaching and research as a professor at the UConn School of Chemical Engineering. His focus was on better understanding catalysts, substances which facilitate chemical reactions. He did pioneering work in unsteady state kinetics and catalysis studies and built a unique high pressure research facility.

In 1980, Carroll was selected for the Warren K. Lewis Award, the American Institute of Chemical Engineering’s highest award for chemical engineering education.

He was the Acting Department Head of Chemical Engineering from June through September of 1980. Carroll also received the UConn Alumni Association Faculty Excellence in Research and Creativity award in 1986.

On June 11, 1977, Carroll’s wife, Betty Jane, died. On Aug. 24, 1979, he married UConn professor and Egyptologist Jean Keith. After their divorce, Carroll began spending more of his time in France, and after retiring from UConn in 1987 he moved there permanently. While living in Paris, he met and fell in love with Josette Angelloz, who was to become his companion during the final years of his life. They alternated their time between Josette’s home in Paris and an apartment in Hyeres in the south of France.

For many years, Carroll continued to contribute to the chemical engineering programs in France as a consultant. Until a few months before his death, he would start every day by walking to the nearest newsstand, buying a copy of the International Herald Tribune and reading it among the statues in the Jardin du Luxembourg.

Carroll was preceded in death by his parents, Edward and Louise Bennett, and his first wife, Betty Jane Bennett. He is survived by Josette Angelloz; son Edward and his wife Georgia; daughter Elizabeth; and son Jonathan and his wife Nancy; granddaughter Molly Lemen and her husband Clint; and great-grandchildren Yule, Loch, Asher, Ishmael and Constantine.