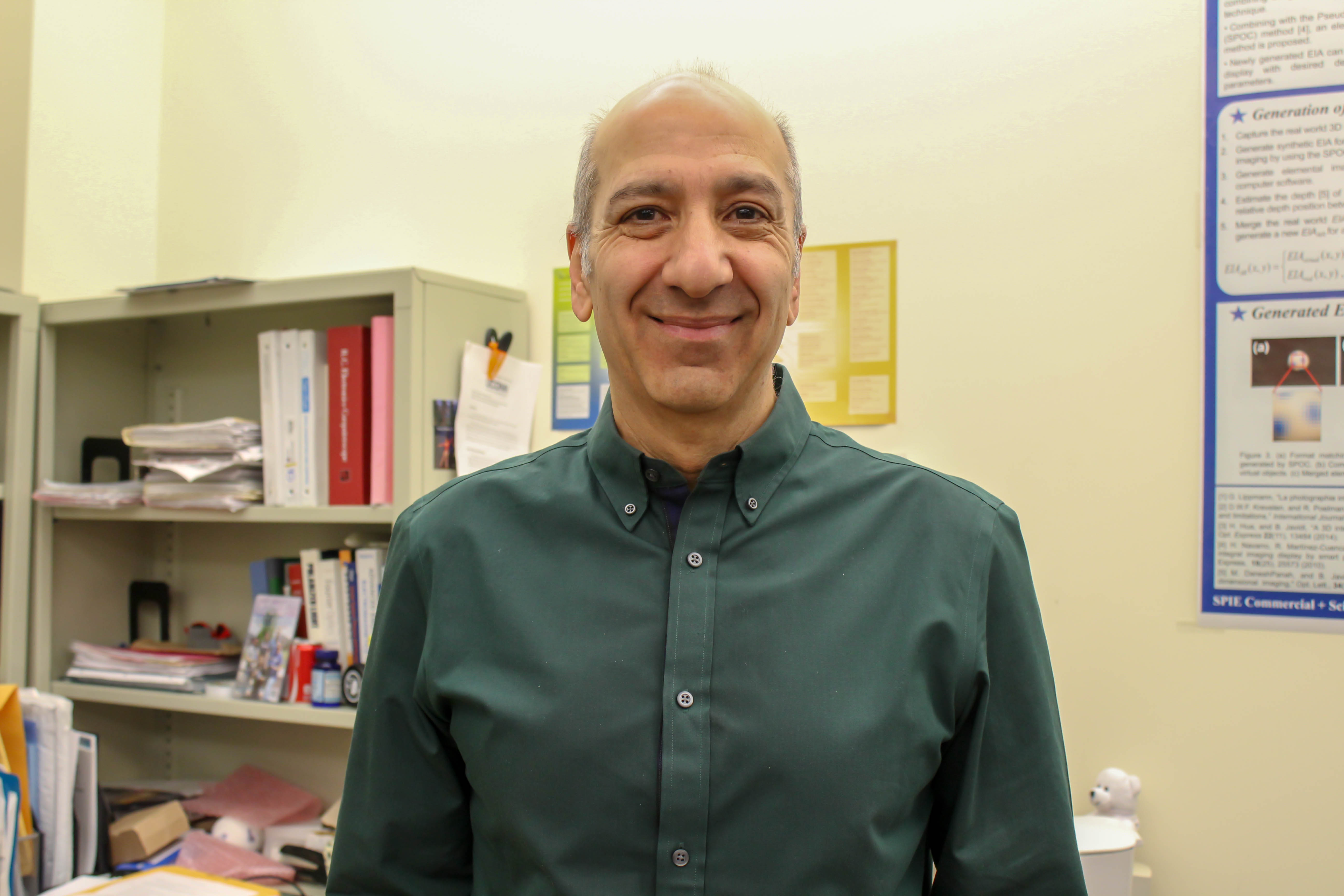 The UConn School of Engineering is pleased to announce that Dr. Bahram Javidi, Board of Trustees Distinguished Professor in Electrical and Computer Engineering, has been awarded the prestigious Joseph Fraunhofer Award / Robert M. Burley Prize from The Optical Society.

The award, given to one person in the country every year, was bestowed upon Javidi for his “seminal contributions to passive and active multi-dimensional imaging from nano- to micro- and macro-scales,” according to the award citation.

The award is one of a long line of accomplishments during his career, which include: Being named one of the top 160 engineers between the ages of 30-45 by the National Academy of Engineering (NAE); the Quantum Electronics and Optics Prize for Applied Aspects by the European Physical Society; the Dennis Gabor Award in Diffractive Wave Technologies from The International Society for Optics and Photonics (SPIE); the John Simon Guggenheim Foundation Fellowship; the Alexander von Humboldt Prize for senior US Scientists in all disciplines; the SPIE Technology Achievement Award; the National Science Foundation Presidential Young Investigator Award; and the George Washington University Distinguished Alumni Scholar Award.

Javidi is also the director of the MOSIS Lab (Multidimensional Optical Sensing and Imaging Systems), which is focused on advancing the science and technology of imaging, by centering on the fields of optics, photonics, and computational algorithms and systems, from nano to macro scales. MOSIS works with, and finds solutions for, partners in the defense, manufacturing, healthcare, and cybersecurity industries.