Juggling Athletics and Engineering? It’s All About Balance for Botsis 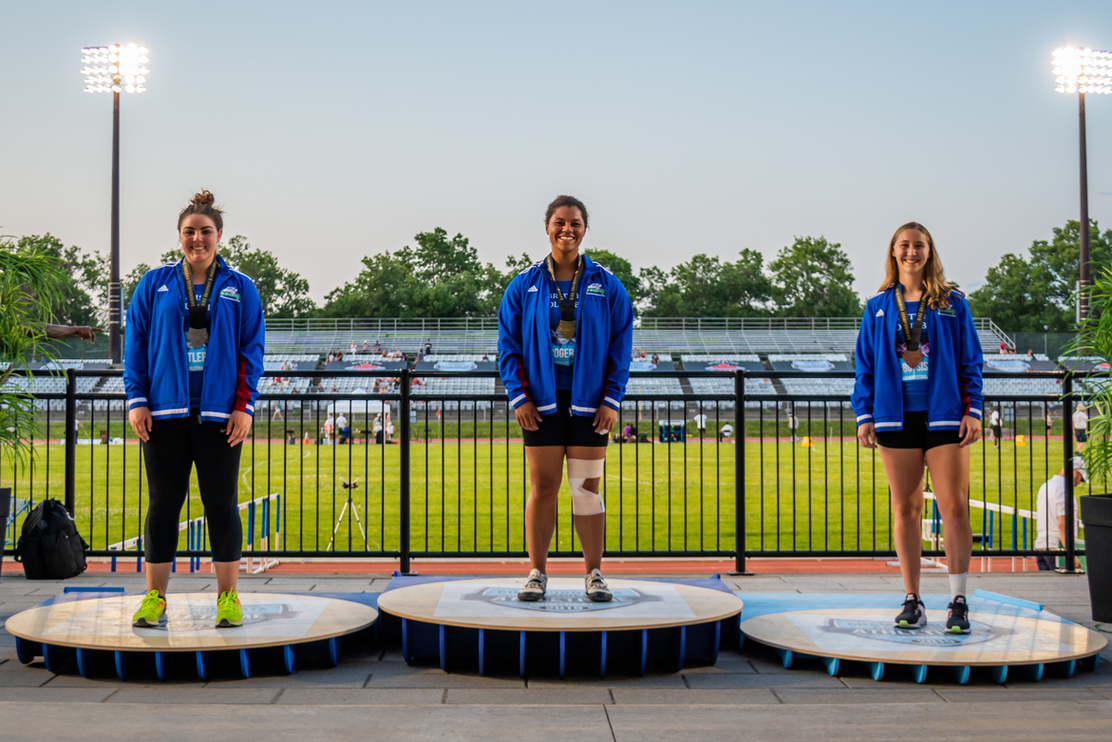 For many in college, the prospect of adding the time and effort that comes with being a Division I athlete on top of homework, classes, and extra-curriculars seems like a daunting balancing act—but hundreds of University of Connecticut student-athletes go through this every year. Compound that balancing act with a challenging and demanding engineering curriculum, and the task might seem insurmountable.

But for Chanell Botsis, a senior biomedical engineering student and UConn Track and Field athlete, the balancing act is neither insurmountable nor daunting:

“The first thing that I do is I try to keep myself as organized as possible. I have a planner that I write in all the time and I find that this helps me the most because I can see which assignments are ongoing and which ones are due, along with my training times and travel dates,” Botsis said.

That kind of organization is key for Botsis, who often has a packed training schedule to follow during the season and off-season. During the semester, she barely has any major breaks during the day, often filling every time slot:

“A day as a student-athlete is very busy. For the days that I am on campus, I usually begin my day with an early class and then have more classes to follow until the afternoon. Next, I have my throwing practice and lift session,” Botsis said. “After my lift, which is usually around 4:30 or 5:30 p.m., I may have one more class to finish off the day and then it’s back to my apartment to eat dinner and to do homework. I also do other things such as attending Engineering World Health club meetings every week.”

During the track season, which begins in January and ends in June, Botsis said that she travels nearly every weekend, and often misses up to three weekdays of school on weeks that she travels. Because of those absences, Botsis works with her professors to plan in advance when she knows she’ll miss class. She works with them to gather class materials she’s missed, takes her work and textbook on the road with her, and takes every precaution to not fall behind while traveling.

Nothing that Botsis does is in a vacuum, though, and she makes sure she keeps the right people around her to keep her on task:

“Having a support system around me such as my coaches, my family back home, my friends and the kindness of my extended family in Connecticut has also helped tremendously in keeping me on track. I also credit iced coffee for helping to keep me awake!,” Botsis said.

With all the travel and extra training, most would crumble when it came to keeping up a GPA in a tough biomedical engineering program, but Botsis seems to thrive in all the chaos:

“My biggest accomplishments as a student at UConn have been making the Dean’s List over the past three years and earning the New England Scholar distinction this past fall. Both athletics and academics are important to me, so I strive to do the best that I can both in and out of the classroom,” Botsis said.

Out of the classroom, Botsis thrives as one of the top throwers in the United States and Canada. This summer, Botsis, a Canadian citizen, competed for Team Canada at the World University Games, placing 9thoverall, and the Canadian National Championships, winning a bronze medal. Two years ago, she competed at the Pan American Junior Track and Field Championships and placed 4thoverall. 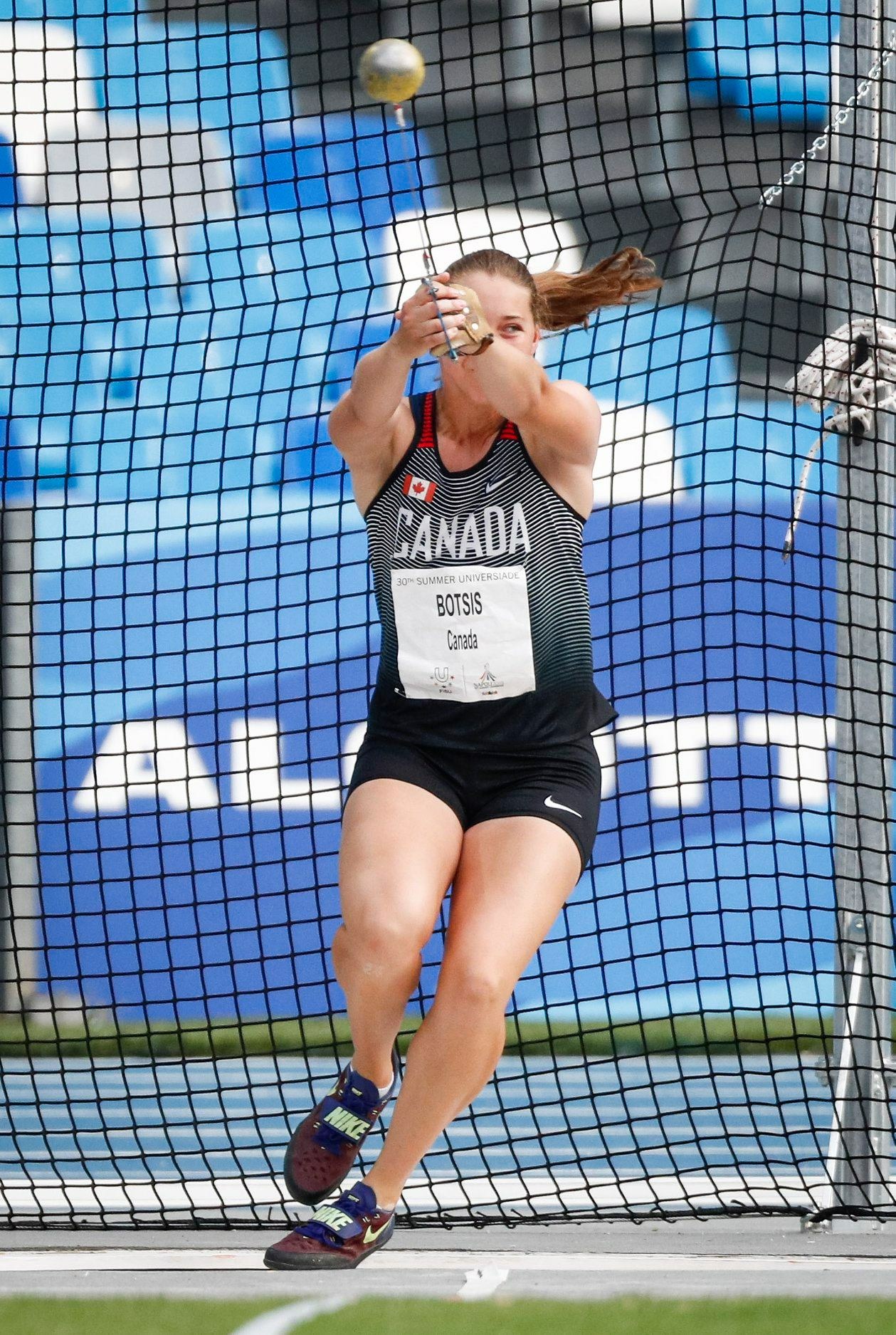 For nearly every college athlete though, their careers come to a close at the end of their senior year, and Botsis has anticipated that fact, but still has a glimmer of hope for competing post-college:

“I want to make a difference in the lives of others. Through studying biomedical engineering I have become very interested in biomechanics and bioinstrumentation. In this way, I would love to have a career developing prosthetics, medical devices or surgical devices. As an athlete, I would like to continue to pursue my career and to qualify for international competitions and the Olympic Games.”