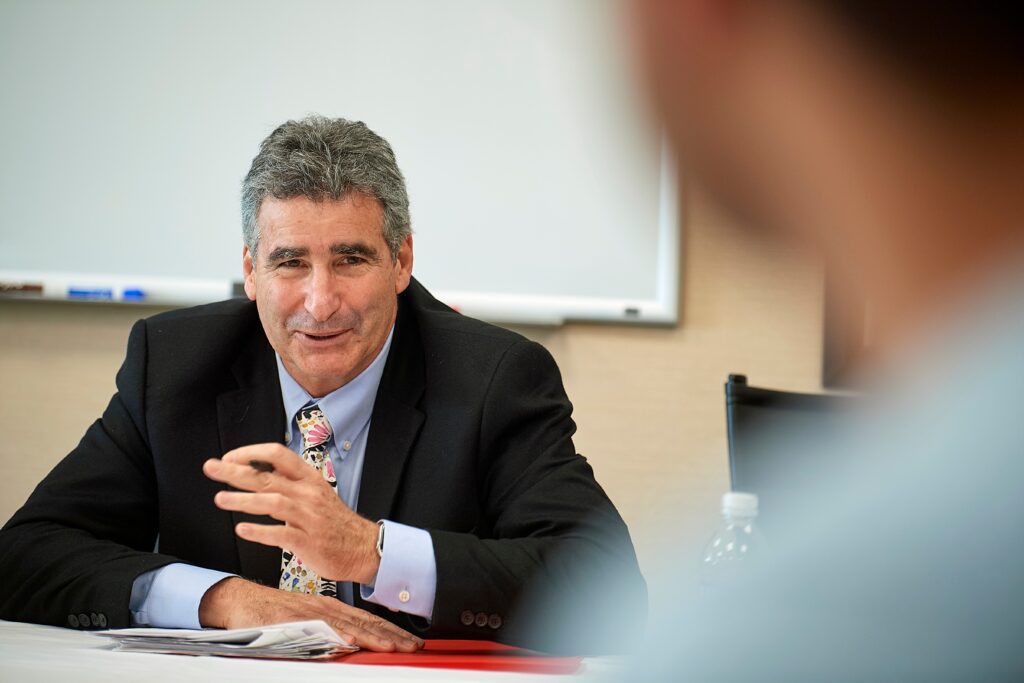 After a distinguished career of leadership and scholarship, Optica, an international society aimed at advancing optics and photonics worldwide, has named Electrical and Computer Engineering Professor Thomas C. Katsouleas a 2022 Fellow.

Optica, formerly known as OSA, has inducted over 2,800 members as Fellows since its inception in 1959. According to their website, Optica Fellows are researchers that have served with distinction in the advancement of optics and photonics through distinguished contributions to education, research, engineering, business and society.

Katsouleas, a recent addition to the ECE teaching and research faculty, was previously President of the University of Connecticut from 2019-2021. In that role, he led over 5,000 faculty and staff, and oversaw the education and experiences of over 32,000 students in 14 schools and colleges. Prior to that, Katsouleas was the Provost and Executive Vice President at the University of Virginia, where he led six undergraduate and six professional schools with enrollments of more than 16,000 undergraduates and more than 6,700 graduate students.

He is a leading scholar in the field of laser plasma science and has authored or co- authored more than 250 publications in the field. He has been named outstanding faculty member, received outstanding teaching award, and has supervised dozens of post docs, graduate students, and undergraduate students. For his scholarly contributions and educational leadership, Katsouleas has been named a fellow of the American Physical Society, and fellow of the Institute of Electrical and Electronics Engineers (IEEE). There are strong optics and photonics programs in all of the universities that Katsouleas has held leadership positions as Associate Dean, Dean, Provost, and President, and he has been a strong advocate of research, education, outreach, and entrepreneurship in optics and photonics, making a substantial impact in these fields on a global scale.