It’s a common refrain among college students: “When will we ever have to use this in real life?”   Kim Danziger (B.S. Civil Engineering, ’75) is a prime example of a UConn graduate who applied his engineering lessons often and to great advantage across his career. 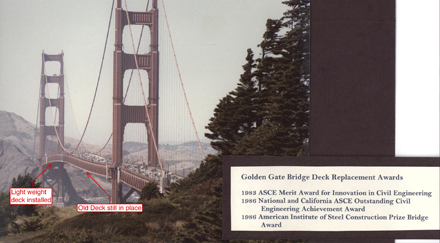 As a UConn freshman in 1971, Mr. Danziger had designs on a career in medicine and was enrolled in pre-med courses despite his family’s long-time involvement in construction.  But an “aha” moment revealed to him that his future lay not in medicine but engineering.

“We had a vacation home in Vermont, and I remember walking our property one day with my Dad. Pointing to a parcel on our property, Dad said he’d love to build a house on that spot. I looked at it and immediately saw that it wasn’t at all an ideal spot to build a house, and I proceeded to tell him all of the reasons why.  I was assessing the land as an engineer would, and when I realized it, I returned to UConn and switched into the CE program.”

The change in degree programs may have delayed his graduation date, but Mr. Danziger was determined to finish in four years.  As a freshman, he had befriended a civil engineering major who remains one of his best friends, Thaddeus Kowalik (today the owner of OTL Consulting Services in Denver).  For the next three years, the two friends – who became steadfast study partners – took 21-23 credits of courses per semester, tackling their coursework with determination but also making time for fun. 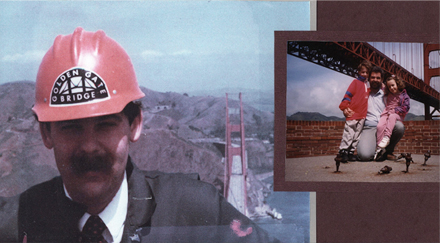 The two sometimes applied their engineering skills in creative ways. “We decided to take the Engineering in Training (EIT) licensing exam while we were in school. The test was administered in the Castleman Building auditorium, which had old fashioned flip-up desktops. The EIT is open book, and we realized that those desktops wouldn’t be anywhere near large enough for our textbooks and notes. So Thad and I went to the hardware store and bought some plywood. Assuming the proctor would separate students by one empty seat during the exam, we sized the board and cut two insets where our seats would be. On the day of the test, we marched in with our extended tabletop, books and notes and had no difficulty spreading out during the exam, which we both passed.”

Bridge Design on a Grand Scale

Another lesson proved fortuitous early in his career. Mr. Danziger explains that during the spring of his senior year in ’75, civil engineering professor Milo Ketchum assigned students to design a rudimentary bridge.  After investigating various alternatives, Mr. Danziger settled on a relatively uncommon design called an orthotropic deck with trapezoidal ribs.  “It’s a technology developed in post-World War II Europe. So many bridges were destroyed during the war that the Germans were looking for ways to rebuild their bridges using as few resources as possible. They were able to recycle a lot of the steel from destroyed bridges and buildings with this method, which was efficient and assured strength. In the U.S., we never really looked at this style of design, because we have ample natural resources and haven’t had to worry about conservation.” The design stayed with him.

Following graduation, Mr. Danziger married his college sweetheart, Barbara Hastings (B.S. Speech, ’75), and after a few years in Chicago, they returned to the East Coast.  Mr. Danziger lined up interviews with a number of design and construction firms located in New York City, including Ammann & Whitney.  The company was in the midst of developing a proposal for renovation work on the famed Golden Gate Bridge.  Significant upgrades were needed to meet growing traffic demands and to repair damage caused by the salty sea air, which had permeated the concrete deck and corroded the reinforcing steel.

Mr. Danziger notes that there were several parameters regarding the bridge work: it needed to be made lighter and wider by two feet, and the renovations had to be done without any impact on traffic.  This meant the work had to be carried out at night, between the hours of 9 p.m. and 6 a.m. “The man who later became my boss asked me for ideas. I knew I was being considered for a job, and I suggested the orthotropic deck design.  He thought it was a little extreme.”  When the company unveiled its ideas to the Golden Gate Bridge District personnel, they focused on a variety of conventional bridge rebuilding techniques.  After listening to the presentations, the District Engineer asked if the company had any other ideas. Finally, “My future boss said, ‘Well, we do have one more idea, but it’s a little extreme.’ They presented my idea, the District Engineer loved it, and Ammann & Whitney got the contract.  And I got the job.”

What began as a senior design project was now projected onto the grandest of scales. According to Mr. Danziger, the design process took 2-1/2 years, with 24 drafts people and four engineers to develop 350 full size engineering drawings. CAD programs had not been invented at that time, so everything had to be done on paper.  The bridge repair work took another 2-1/2 years.

“The part that I’m most proud of is that we cut out 50 feet of bridge and replaced the entire segment each night, including the six lanes, walkway and all of the supporting beams, leaving no cones or obstructions to limit traffic. We added two feet of width to the bridge, stabilized it and lightened it.”

He stayed with the company another few years before deciding to become a homebuilder in 1985.  He notes that from the beginning, his focus was on building developments, a decision rooted in his undergrad days at UConn, where lecturer Roger Ferguson taught students about road layouts and subdivisions.  His company, Danziger Homes, in Newtown, CT, is strongly committed to green construction practices, including the conservation and use of sustainable materials, alternative energy practices, and energy conservation techniques.  One Danziger Homes renovation was featured in a CPTV series “Empowering Connecticut.” [View the video, “At Home 2,” on www.cpbn.org/files/empoweringct/video.html ].

Building materials have become much more sophisticated, he notes.  “With engineered wood products, you can use virtually any tree, and every component of it. The days of harvesting old growth forests for construction are gone, replaced by engineered wood products that are structurally stronger, and they are not treated with potentially toxic compounds that off-gas as in the past. We now use materials that are more environmentally benign. The reliability and safety of products is enormously important.”

On the energy side, he says, the technology is still evolving.  His company emphasizes energy conservation: the   best super-insulation materials installed with attention to the balance between healthy fresh air infiltration and solid insulating properties, along with techniques such as geothermal heating and cooling.  “One area for improvement in the green construction business is our industry’s focus on the overachievers – the zero energy homes.  A zero energy home is expensive to build, and many builders don’t have the engineering experience to construct them.  As a result, many builders are discouraged from doing anything to reduce energy costs.  Dangizer Homes strives to get 80% energy efficiency from a home and at a price people can afford.”

Recalling his time at UConn, Mr. Danziger notes that many of his civil engineering lessons – taught by Dr. Ketchum, instructors Roger Ferguson and Chesley Posey, and Dr. John DeWolf, among others – have influenced and informed his career.  His time in Storrs still resonates with Mr. Danziger, who has visited campus in recent years and remarks, “I’m a little jealous,” of engineering students today, who are pursuing their educations at UConn’s dramatically expanded, revitalized campus.

The Danzigers have two children, Brian and Kat, and reside in Newtown.