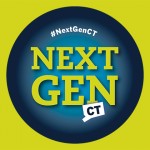 The Next Generation Connecticut initiative has received final legislative approval from the General Assembly, positioning UConn to ascend the ranks of the world’s elite research universities as its intellectual capital is put to work energizing the state’s innovation-based economy.

The $1.5 billion construction component is an investment in building new scientific laboratories, purchasing advanced equipment, constructing new classrooms, and adding housing.  The state will also invest $137 million in operating funds to hire hundreds of new faculty, and to expand the student body in STEM fields (science, technology, engineering and math).

UConn President Susan Herbst says it is unquestionably one of the largest single investments made by a state in its flagship university, and its effect on UConn will be “nothing short of transformational.”