As cloud computing becomes a more popular option, concerns about its security have come to the forefront. 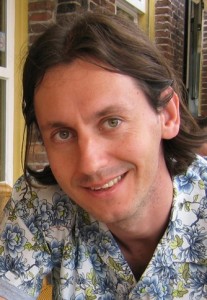 UConn’s Marten van Dijk (ECE) is part of a team of researchers from Boston University, MIT, and Northeastern University working to develop a more secure form of cloud computing. Their project, a Modular Approach to Cloud Security (MACS), has received a $10 million grant from the National Science Foundation.

MACS is one of two new center-scale “Frontier” awards to support large, multi-institution projects that address grand challenges in cybersecurity science and engineering with the potential for broad economic and scientific impact.

“For many industries, the main problem of adopting the cloud for outsourcing computation and outsourcing storage is a lack of trust,” said Van Dijk.

The difficulty of developing meaningful security guarantees has plagued cloud computing from its beginning. In their grant proposal, the researchers write that their project “might be a ‘game changer’ in terms of how security of information systems is perceived and obtained.”

Most cloud computing systems use a single global firewall for its security. The MACS project, though, seeks to build a more complex system in which each of its multiple modules will be secured separately in such a way that if modules are composed into a larger system, also their security guarantees compose into a global security guarantees of the overall system.

“A larger infrastructure is vulnerable at every single level,” Van Dijk said, “so each layer in itself can have vulnerabilities.”

To take on such a complex system the research team comprises expert focusing on different aspects of cloud computing, in both information security and cryptography.

In collaboration with MIT Van Dijk developed Ascend, an architecture for secure computation on encrypted data, that will be used in this project.

Although his focus is specifically on hardware security, Van Dijk has worked in many of the areas relevant to the project.

The project is led by Ran Canetti of Boston University and also makes use of the Massachusetts Open Cloud, an “open cloud exchange.” Completed earlier this year with a $3 million investment the MOC is a cloud computing infrastructure used for research and testing new mechanisms.