As the Fall 2014 academic year gets underway, we are proud to introduce the newest faculty members to the School of Engineering. This impressive group of new hires will continue to advance UConn Engineering’s commitment to producing important new research and fulfilling strategic growth areas.

Ki H. Chon has been appointed as the new department head for Biomedical Engineering. Dr. Chon has served as head of the BME department of the Worcester Polytechnic Institute for 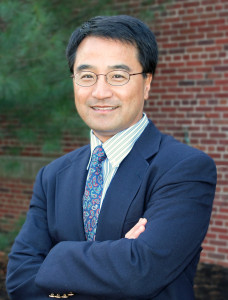 the past four years. In that time, he doubled the number of department faculty members, increased research expenditure from $400,000 to more than $3 million, and more than doubled undergraduate enrollment. Dr. Chon has been awarded more than 20 patents. His numerous grants include $3 million in NSF funding for a training program for PhD students in biofabrication. His most recent research has focused on the development of wireless, wearable, and low-cost monitoring devices for detection of cardiac malignant arrhythmia – this work has received NIH funding and a $1.9 million grant from the U.S. Army. He has published nearly 100 papers in peer-reviewed journals and contributed dozens of book chapters.

Wendy Vanden Berg-Foels joins the Biomedical Engineering department. Her research interests are the durable repair of hyaline cartilege, mandibular fibrocartilage, and the underlying subchondral bone and the nano-scale imaging of cartilage collagen networks. She was a research assistant professor in the Clemson University and Medical University of South Carolina joint bioengineering program. She earned her Ph.D from Cornell University.

His research interests include nano/micro-electro-mechanical systems (NEMS/MEMS)-based detection and analysis of cancer cells; and nano- and micro-scale mechanical sensing and optical imaging. He received his Ph.D in 2000 from the University of Tokyo.

Bin Feng joins the Biomedical Engineering department. His research interests include neural and biomechanical mechanisms that underlie sensory neuron encoding, and the dysfunction and/or dysregulation of which leads to a wide range of pathophysiological conditions. In particular, he focuses on the sensitization of colorectal sensory (afferent) neurons and its role in persistent visceral pain and hypersensitivity. He received his Ph.D from Purdue University in 2008.

Yongku Cho joins the Chemical and Biomolecular Engineering department. His research group aims to develop technologies to control and observe biological processes, with the ultimate goal of understanding the function of proteins in complex neural circuits and identifying the root cause of brain disorders. His research is particularly focused on engineering light-activated proteins to develop optogenetic tools, and engineering specific binding proteins to detect protein localization and function. He received his Ph.D from the University of Wisconsin-Madison in 2010.

Kelly A. Burke joins the Chemical and Biomolecular Engineering department. Her lab’s research focuses on the synthesis and characterization of functional polymeric

materials. The core of this research is aimed at leveraging synthetic techniques and processing methods to manipulate polymer structures at various length scales and to use these structures to control bulk and interfacial material properties. Her research team studies both synthetic polymers and naturally occurring biopolymers, with current research projects focusing on advanced materials for medical, composite, and green technologies. She received her Ph.D from Case Western Reserve University in 2010.

resources, hygiene, and health with special emphasis on developing countries and in particular Africa. He has published seven journal papers, several conference proceedings, and has three more journal papers in various stages of the review process. He will be substantively involved in our USAID program and will be member of the PIRE proposal resubmission effort. He received his Ph.D from the University of Virginia in 2013.

Xu Chen joins the Mechanical Engineering department. Dr. Chen’s research interests are theory and applications of dynamic systems and controls to advance the

technology development in advanced manufacturing, mechatronics, robotics, precision engineering, system and optimization, and human-machine interactions. He has worked closely with the precision control and information storage industries, and helped Western Digital Corporation develop multiple new servo designs for industrial mass production. Dr. Chen is a recipient of the Young Investigator Award in 2014 ISCIE / ASME International Symposium on Flexible Automation and the 2012 Chinese Government Award for Outstanding Students. He received his Ph.D. from UC Berkeley in 2010 and 2013, respectively. 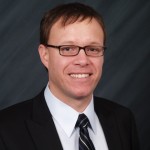 localized failure mode criteria (such as stress and fatigue), as well as manufacturing, cost and geometric constraints in topology and shape optimization for the design exploration of structures and materials, with the aim of exploring efficient structures tailored to a specific manufacturing process. Prior to joining our department, he was responsible for the Product Optimization group at Caterpillar, where he and his team researched numerical methods and developed computational tools for structural and multidisciplinary optimization. He earned his Ph.D from the University of Illinois at Urbana-Champaign in 2005. 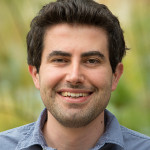 Savas Tasoglu joins the Mechanical Engineering department. His current research interests are complex fluid dynamics, micro-assembly approaches, magnetics, microfluidics, cell and tissue mechanics, regenerative medicine, cryopreservation, and cell-based diagnostics for point-of-care. Dr. Tasoglu’s achievements in research and teaching have been recognized by fellowships and awards including Chang-Lin Tien Fellowship in Mechanical Engineering, Allen D. Wilson Memorial Scholarship, and UC Berkeley Institute Fellowship for Preparing Future Faculty. His work has been featured as the cover of Advanced Materials, Small, Trends in Biotechnology, and Physics of Fluids and highlighted in Nature Medicine, Boston Globe, Reuters Health, and Boston Magazine. He received his Ph.D. in 2011 from UC Berkeley.

Xinyu Zhao joins the Mechanical Engineering department. Her research interests are in the area of computational fluid dynamics with a focus on high-fidelity simulations of complex reacting flows as well as heat and mass transfer in turbulent, particle laden flows. She received her Ph.D. from Pennsylvania State University in 2014.