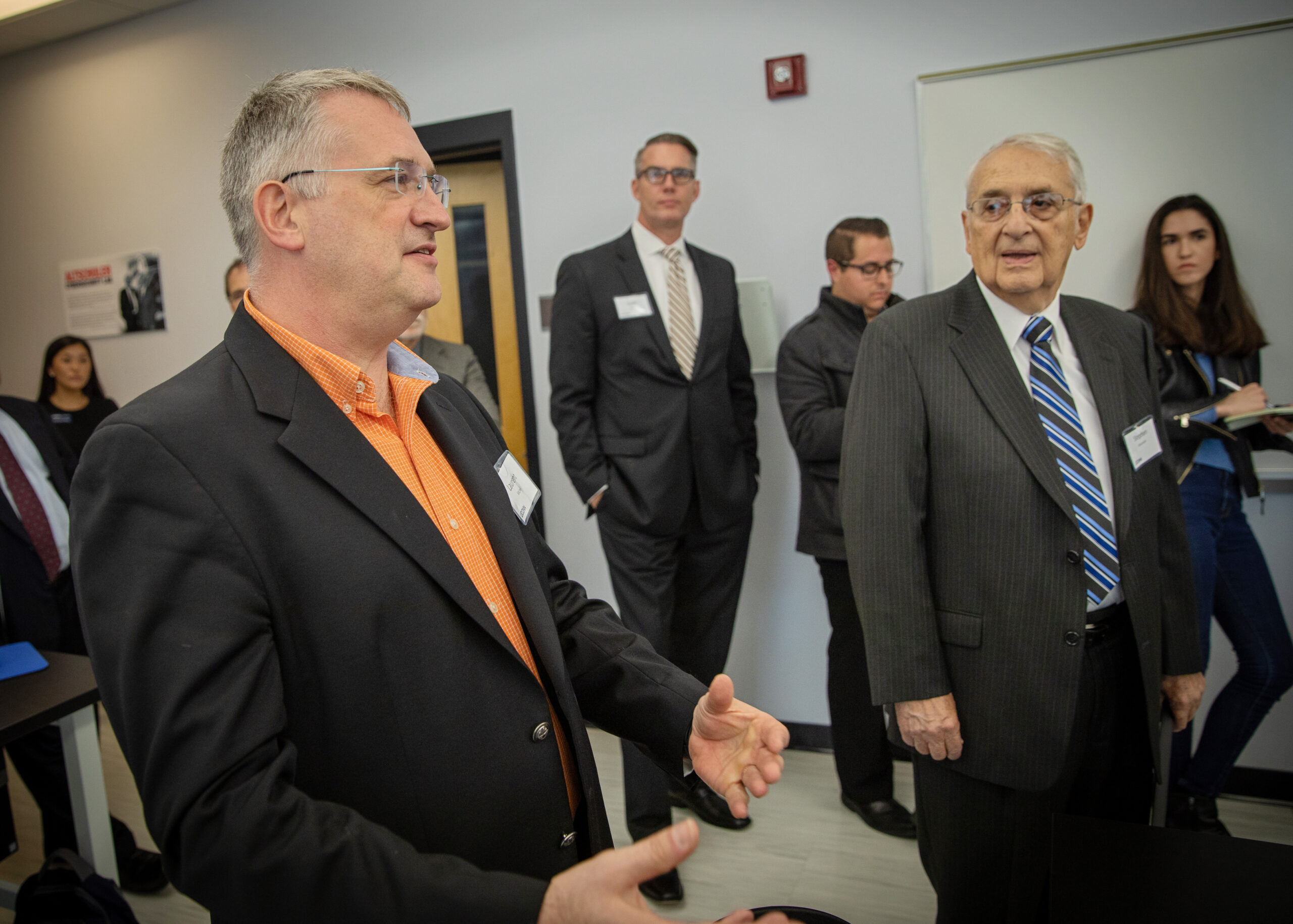 The UConn School of Engineering is pleased to announce the appointment of Laurent Michel, a professor in the Computer Science and Engineering Department, as the next Synchrony Financial Chair for Cybersecurity. Michel’s appointment was approved by the UConn Board of Trustees during their meeting on December 11, 2019.

The position, established by a generous donation from Synchrony Financial in 2016, is aimed at supporting a leader focused on the advancement of education and research in cybersecurity. In addition to the endowed professorship, Synchrony Financial also has a presence in the UConn Tech Park, with the Synchrony Financial Center of Excellence, which is currently led by Michel.

He is an elected member of the Connecticut Academy of Science and Engineering and has served his professional field as the President for the International Association for Constraint Programming (2015-2018). At UConn, Michel currently serves as the Director of the Synchrony Financial Center of Excellence in Cybersecurity, as co-Director of the Comcast Center of Excellence for Security Innovation, and as co-Director of the Connecticut Cybersecurity Center. His work has been continually funded by federal and state agencies and by industry, including Comcast, Alstom Grid, ISO New England and others. His work in automation, resource allocation, configuration and side-channel attacks are directly pertinent to many industries, including financial, transportation, health care, and manufacturing. Michel is a leader of outreach and community engagement, organizing activities such as the CyberSEED competition for young, aspiring computer scientists held at UConn. He remains engaged with the State of Connecticut as a founding member of the Voting Technology Research Center, which allowed the State to become a leader in election security. He has co-authored 2 monographs, edited 1 book, has published more than 100 articles, and served as Associate CSE Department Head from 2014 to 2018.

For more information on Michel and his work, please click here to be brought to his academic page.