MURI Grant To Improve the Security of Nanoscale Computer Devices

The U.S. Department of Defense has awarded a $7.5 million grant to the University of Connecticut, University of Maryland, and Rice University to support research that will analyze and upgrade security protections for nanoscale computer hardware. 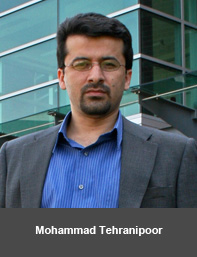 “UConn’s CHASE center houses some of the most advanced equipment available for nanoscale device characterization and testing,” says associate professor of engineering Mark Tehranipoor, director of CHASE and the project’s lead investigator. “Together with our colleagues from the University of Maryland and Rice University, we have created an exceptional team with unique capabilities in security analysis, nanoelectronics, counterfeit device detection, cryptography, and cyberattack countermeasures.”

The development of microcomputer processors and semiconductors over the past several decades has been driven by improvements in size and performance, with little attention to security. As a result, there is an immediate need to identify and address the security challenges and vulnerabilities of existing and next-generation nanoscale devices within the semiconductor community, Tehranipoor says.

Nanoscale devices, many thousands of times smaller than the width of a human hair, are increasingly popular in the microelectronics industry and are performing vital functions supporting national security, commerce, energy, and transportation. Nanoscale chips are used in a wide variety of applications from air traffic control computers to medical devices to personal cell phones and the nation’s electric grid and banking system.

“Just as performance and power are the primary focal points of early stage research in device development, this project intends to elevate security as a fundamental design parameter, thereby transforming the way new nanoscale devices are developed in the future,” Tehranipoor says.

New technologies and other innovations generated by the research are expected to reduce the cost of development, enhance the security of military and space applications, and better protect the Department of Defense’s electronic component supply chain from recycled, cloned, or defective computer hardware.

“Nanoscale devices pose both opportunities and challenges,” says University of Maryland professor Ankur Srivastava. “Characterizing and modeling these devices, along with gaining an understanding of likely attacks and developing security properties to foil them, will enable us to create the kinds of devices that will meet the critical needs of the Department of Defense.”

Rice associate professor of electrical and computer engineering and of computer science Farinaz Koushanfar says: “Security has mostly been an afterthought for building computing devices. In conventional integrated circuit technology, once a design is realized and deployed, integrating security is difficult. We are truly excited to have the opportunity to investigate the security properties and vulnerabilities of next-generation nano-devices. We believe this work will lead to a paradigm shift incorporating security fully into the design and development of future generations of nanoscale computing hardware.”