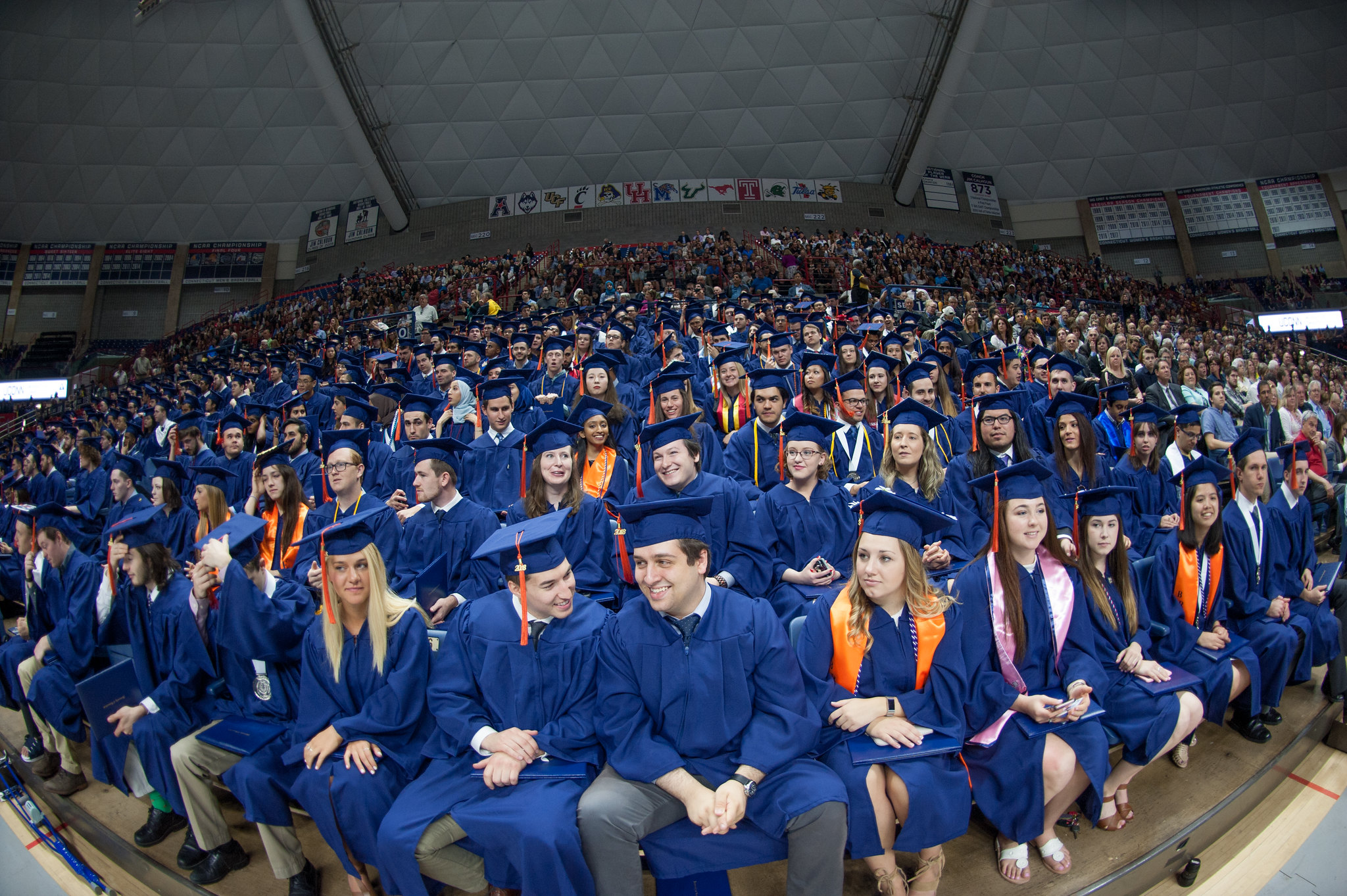 Class of 2018 at commencement in May of 2018. (UConn School of Engineering Photo)

In a sign of a hot market for engineers, recent data from the University of Connecticut Center for Career Development reveals that 2018 UConn Engineering grads had a 92 percent positive career outcomes rate six months after graduation—over six percent higher than the national average.

The positive outcomes rate, calculated by adding together the percentage of students employed (70 percent), continuing their education (20 percent), serving in the U.S. Armed Forces (0.8 percent), and participating in volunteer service (0.2 percent), provides a barometer for the in-demand nature of engineering skills. This is solidified further by the fact that of the Class of 2018 students surveyed, only one percent responded that they aren’t seeking employment or continuing their education.

Of the 70 percent registering that they had secured a job, many were hired by some of the top- hiring engineering companies in the state and the country, such as Electric Boat, Pratt & Whitney, and Lockheed Martin.

But interestingly enough, a third of the companies hiring UConn Engineering graduates were Fortune 500 companies in the financial and insurance industries, which included Travelers, Cigna, and Fidelity. According to a recent article from consulting company EY, insurance companies are going through a massive digital transformation, which includes integrating blockchain technology, artificial intelligence, and warding off cyberattacks from outside hackers.

Another study, from the National Association of Colleges and Employers, confirms the national need for graduating engineering majors, with several of the top, in-demand undergraduate degrees falling in an engineering disclipline, according to data collected in the fall of 2018. In the year before that, the top majors list had no engineering representation.

For more information on career statistics for the School, as well as the University, please visit the UConn CCD at: https://career.uconn.edu.