Engineers play a major role in developing cell phones, but what responsibility do they have to consider the origin of the materials that make the phone? Conversely, can they take credit for how the cell phone protects African farmers from being swindled?

To that end, the School of Engineering and the Human Rights Institute have created a track of courses within UConn’s Human Rights Minor that explore the social aspects of engineering, including energy, infrastructure and water resource management. 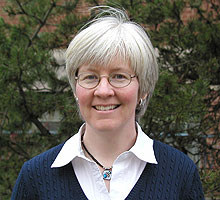 “We looked to develop courses that contextualize the human rights concepts and theories in an engineering practice,” said Dr. Shareen Hertel,  Associate Professor of Political Science & Human Rights. “We on the human rights side found it really advantageous to reach out to the students who were going to do the work with serious human rights implications but hadn’t thought about it that way before.”

Although corporations increasingly are required to consider the social implications of their work, the matter of human rights and engineering rarely intersect at universities. Hertel and Allison MacKay, Associate Professor of Civil & Environmental Engineering make a good case for why that should change. They teach Assessment for Human Rights & Sustainability, one of the first courses offered in the human rights/engineering track.

“If you’re going to build a bridge, and you’re going to have resettle a tribe of indigenous people because their land is no longer going to be accessible to them,” Hertel said.  “That adds implications for cultural rights, and their capacity to continue to exist as an indigenous people. It adds implications for economic rights because they used to live and work on that land – they don’t know what else to do.”

MacKay said she thinks there’s a misperception that there’s little consideration within the field of engineering for the social consequences of its work. There is, she said, but it just doesn’t get publicized much. 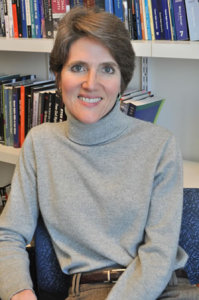 “Bettering the social condition is not something we necessarily hear much about,” she said.

“You hear about all the doodads and gadgets on your cell phone, but then you don’t talk about how the availability of cell phones has allowed people in developing countries to just skip a whole lot of hard-wired infrastructure.  There’s more cell phones in Africa right now than there are in the United States.”

That allows farmers, for instance, to skip middle men in getting their products to market, and to keep them from getting swindled because now they have access to information about the going rate for their products.

Courses in the human rights/engineering track have included assignments and lectures focusing on everything from biofuels and e-waste to the structural engineering of Bangladesh factories. They also consider what major corporations are doing – or say they’re doing – to improve social conditions of where they operate.

“Understanding what are the benchmarks for progress and assessment, and how do you measure the quality of the reporting that we’re looking at?” MacKay said. “How do we assess the assessment? That’s a pretty tall order.”

Kazem Kazerounian, dean of the School of Engineering, said he’s pleased that the new track of courses has caught the interest of Engineering students.

“Engineering is a field that has a huge social impact, and by making the Human Rights minor available to our Engineering students, they can now consider these impacts in depth  and objectively,” he said.

MacKay and Hertel’s class is one of several in the new track; others focus on supply chains, sustainable business, sustainable energy, public opinion on science and technology, and bioethics.

About two-third of the students in MacKay and Hertel’s class are engineering majors. The rest are mostly from the social sciences and humanities. The mix is new for many of them.

“They’ve never sat in a class with an engineering student, maybe not since their first year, in freshmen English or something,” Hertel said.  “And they’ve never had to do projects together, so this brings together a multi-skill set approach to look at things like the life cycle of a product, or sourcing challenges.”

That’s important, they said, as these are the kinds of the things that major corporations have to consider now. Doing so requires a multidisciplinary approach, and it’s rare for people fresh out of school to have that kind of background.

“[Corporations] are really interested in a hiring pool of people who have this multi-skill training,” Hertel said.

Faheem Dalal, a senior majoring in electrical engineering, enrolled in Assessment for Human Rights & Sustainability. He and three other students recently presented a report on the ethics of Microsoft’s operations. Before taking the class, Dalal said he hadn’t given much thought to engineering’s social impact.

“Hopefully, this class will help me understand my work, with respect to human rights and environmental awareness,” he said. “After I graduate, I’ll have a better understanding and be able to raise concerns and suggestions.”