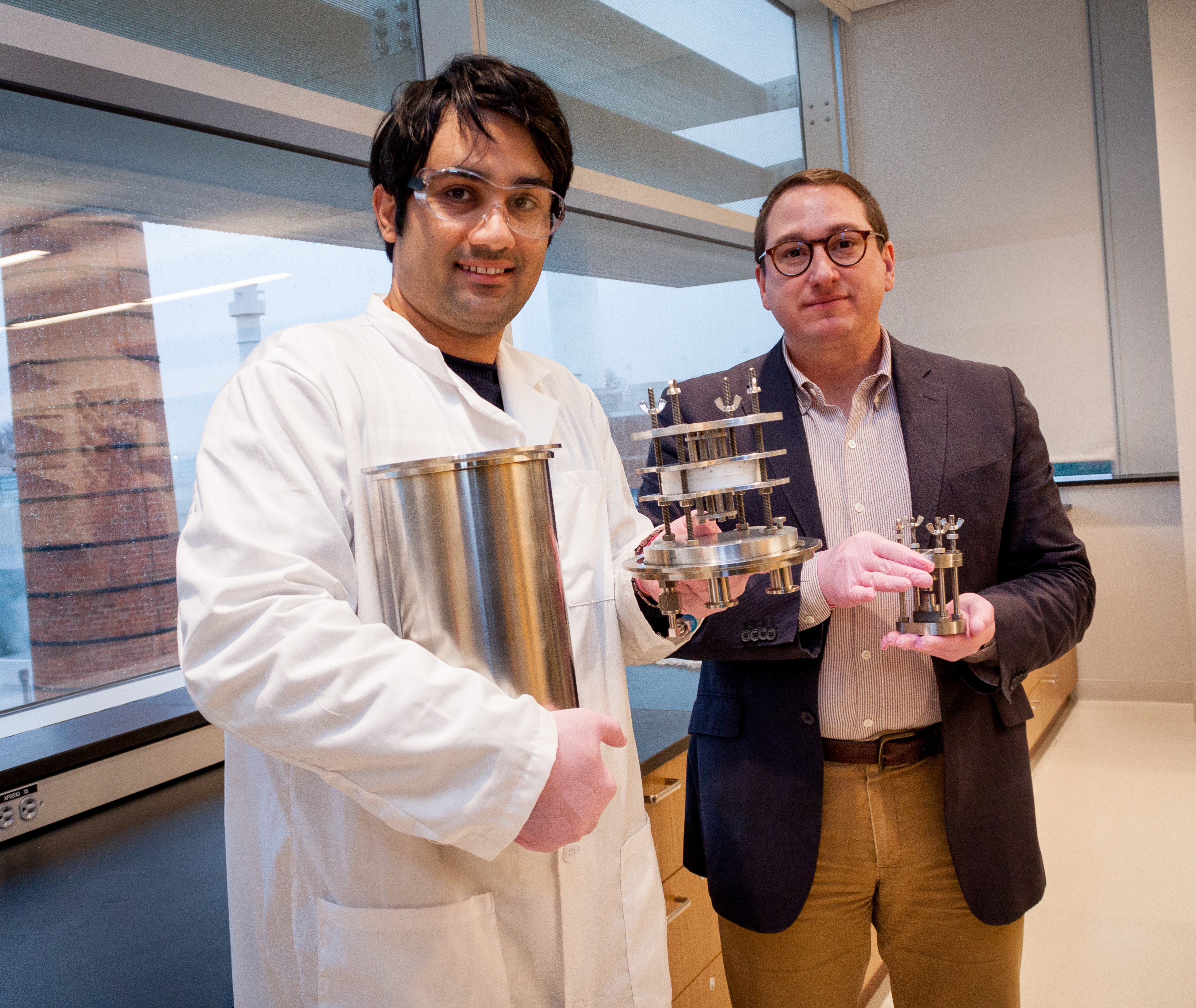 Armed with a recently awarded $50,000 Innovation Corps grant from the National Science Foundation, Dr. Michael Pettes, assistant professor of mechanical engineering, is attempting to gauge whether his new device will save time and money for manufacturing companies during the materials testing phase.

More specifically, Pettes said that he has created a bench-scale high-throughput instrument, which is the first device capable of consecutive measurement of both intrinsic ionic conductivity, electrical conductivity, thermal conductivity, and spatial temperature distribution without breaking vacuum, sample exchange, or change in instrument temperature. Pettes submitted his U. S. patent application through UConn Technology Commercialization Services earlier in the fall semester. 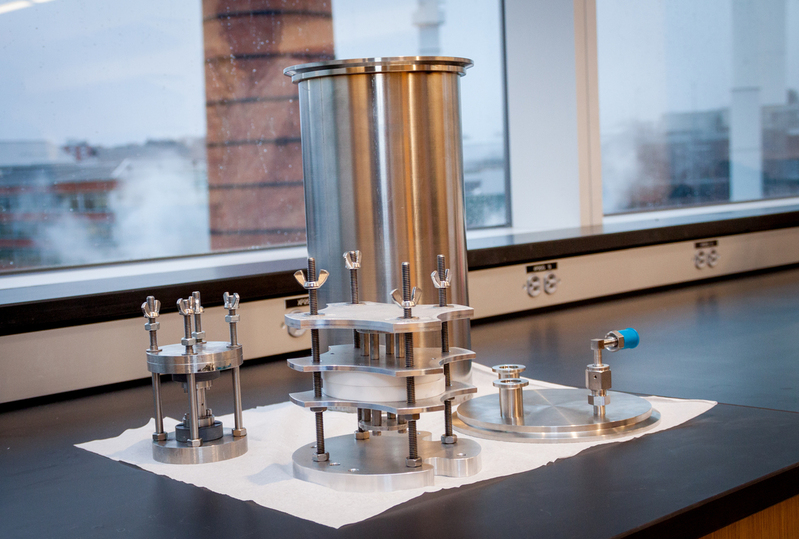 According to Pettes, the key to his device is the value it provides to quality testers in industrial applications and settings:

“This kind of instrument can help with quality control for energy materials and devices, like lithium-ion batteries,” Pettes said. “This device is like no other instrument on the market, as it can accurately measure thermal conductivity and the surface temperature of a device under real operating conditions.”

The importance of the device’s range of measurements, as well as its ability to analyze energy materials and devices in real operating conditions, is crucial for manufacturers, especially ones that produce hybrid and all-electric vehicles:

“A lot the advanced battery packs that are going into these vehicles are starting to have stringent quality control and diagnostic requirements,” Pettes said. “Right now, the way that diagnostics are done on those batteries requires the tester to take the battery apart. Our device will avoid that, while saving these companies time and money.”

Building on that, Pettes said that currently, available equipment is unable to measure relevant transport properties of electrical conductivity, thermal conductivity, and temperature during operation on assembled energy conversion-storage and conversion devices, all of which leads to errors that affect product-to-product reliability and erode confidence at the materials design phase.

Pettes, who is also working on the I-CorpsTM Teams project with Ph.D. student Sajad Yazdani, as well as Dr. Kuan-Tsae Huang, founder and CEO of AzTrong Inc., is currently in the prototype and information-gathering portion of the process, which was supported by a $25,000 Research Excellence Award from the UConn Office of the Vice President for Research. With a prototype in hand, Pettes and his team will spend the next several months speaking with manufacturing companies, gauging interest from companies, traveling to industry trade shows, and determining the viability and marketability of the invention.

Pettes is hoping that, ultimately, his device will have widespread appeal:

“The ultimate goal for us would be to become a fixture on the manufacturing line,” Pettes said. “Instead of just a scientific instrument, we want our product to be widely integrated with lines, to do diagnostics and quality control.”

Development of this technology was supported through funding from the National Science Foundation—award #1811480.