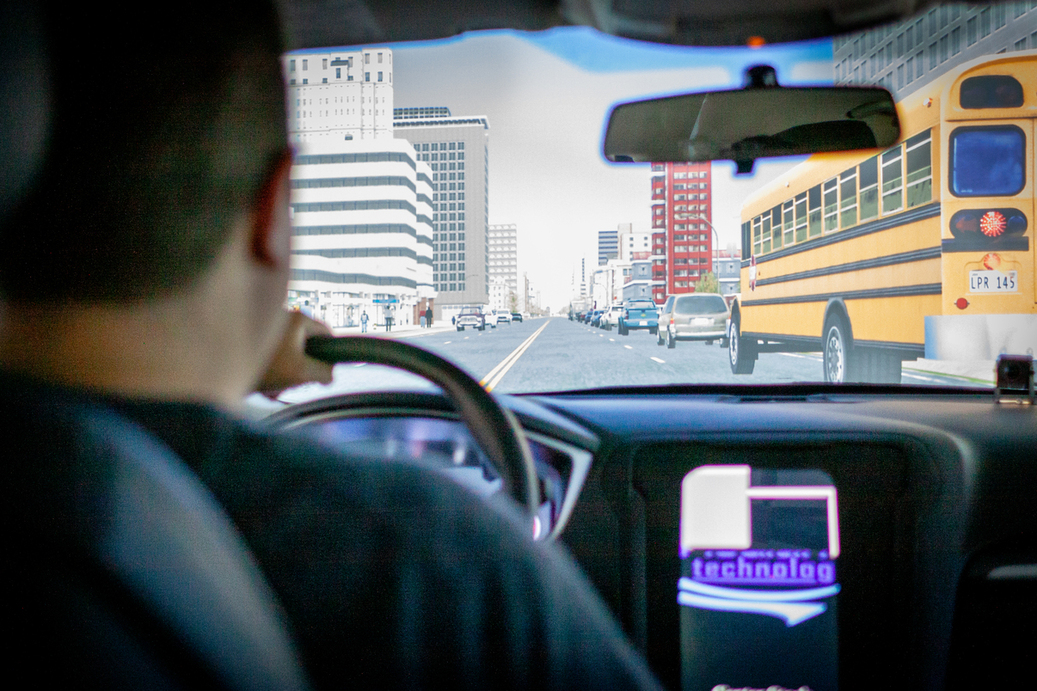 Hidden in a tucked-away side room in the Longley Building is a dark and cold space housing a full-sized 2014 Ford Fusion. Surrounding the car are six screens projecting a cityscape, not unlike the downtowns of the 169 towns and cities spread across Connecticut.

While the car looks like a fully-functioning automobile, the intention of the car is not for transportation, but simulation.

More specifically, the Fusion is a full-sized driving simulator, transporting the user into an experience mirroring the force felt during acceleration and stopping—the car is equipped with actuators  located under the car which provides the sensation of movement —and providing an environment in which Dr. Eric Jackson, associate research professor and director of the Connecticut Transportation Safety Research Center, and his team, can study new vehicle technology and human driving behavior in a safe, simulated way.

The simulator, funded by the Connecticut Department of Transportation and UConn, was custom built by Realtime Technologies, a simulation company based in Michigan.

This new piece of technology opens a new world of research opportunities for Jackson and the University, because of the ways in which his team had to conduct research in the past:

“Before we got this simulator, we weren’t able to do research like this at all,” Jackson said. “A lot of research before was done through police reports, with the officer documenting what happened in the crash, and whether they were intoxicated, or they had drugs in their system. That kind of research is a very reactive approach, where we’re now able to take a proactive approach.”

The proactivity will stem from the ability of Jackson and his team to study things like drunk driving, which kills over 10,000 people in the United States a year, distracted driving, which causes nine deaths a day in the U.S., and human interaction with autonomous and connected vehicle technology.

Through scenario simulation, biometric recording, and reaction time measurement during intoxication or distraction, Jackson will be able to study human participants, and eventually build educational campaigns and materials around the data collected. 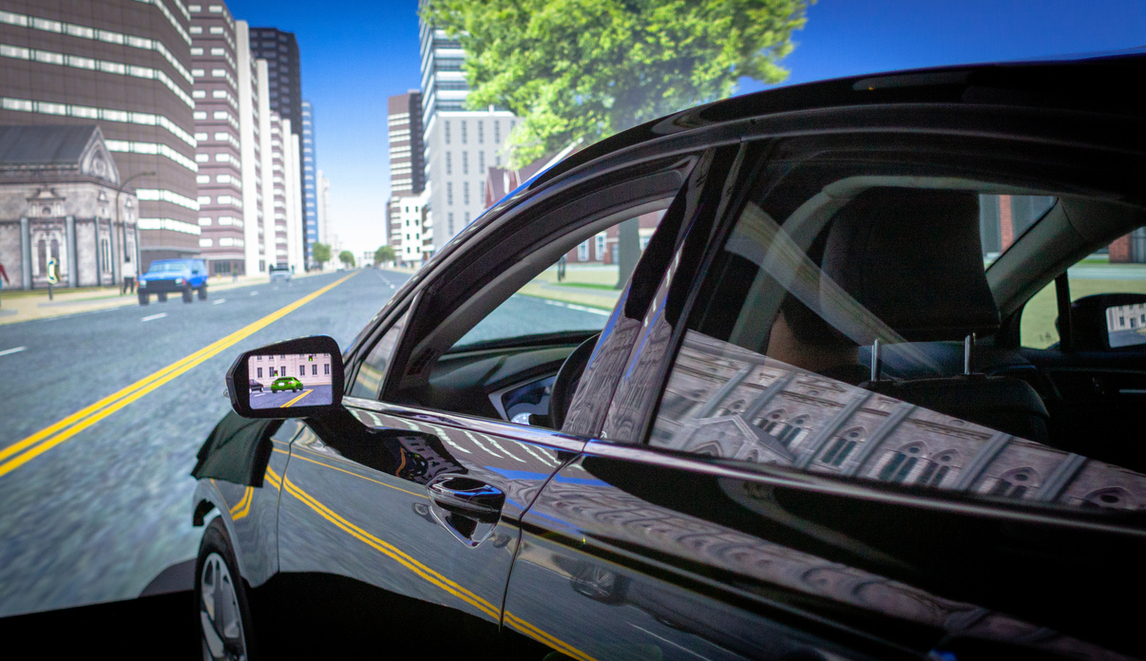 But beyond just the research coming out of the CTSRC, Jackson emphasized that this simulator is a tool that could be used by the entire UConn community for research:

“We’re going to basically make this a university-wide resource, inviting anybody that wants to write a proposal to do whatever they want to do, it’ll be here for them,” Jackson said.

For example, Jackson said that the UConn Health Center researchers might be interested in using this simulator if they were looking to develop a new monitoring system, embedded in the driver seat, to actively measure a driver’s vital signs for drowsy, drugged, or distracted driving.

Most importantly, the mission for Jackson is increasing road safety and reducing the amount of fatal crashes in the state and beyond.

“Having this controlled environment allows you to test, without putting people in harm’s way, and results in research and technologies that could have a real effect on the world.”