Over $550,000 in Scholarships Awarded to UConn Engineering Undergraduates 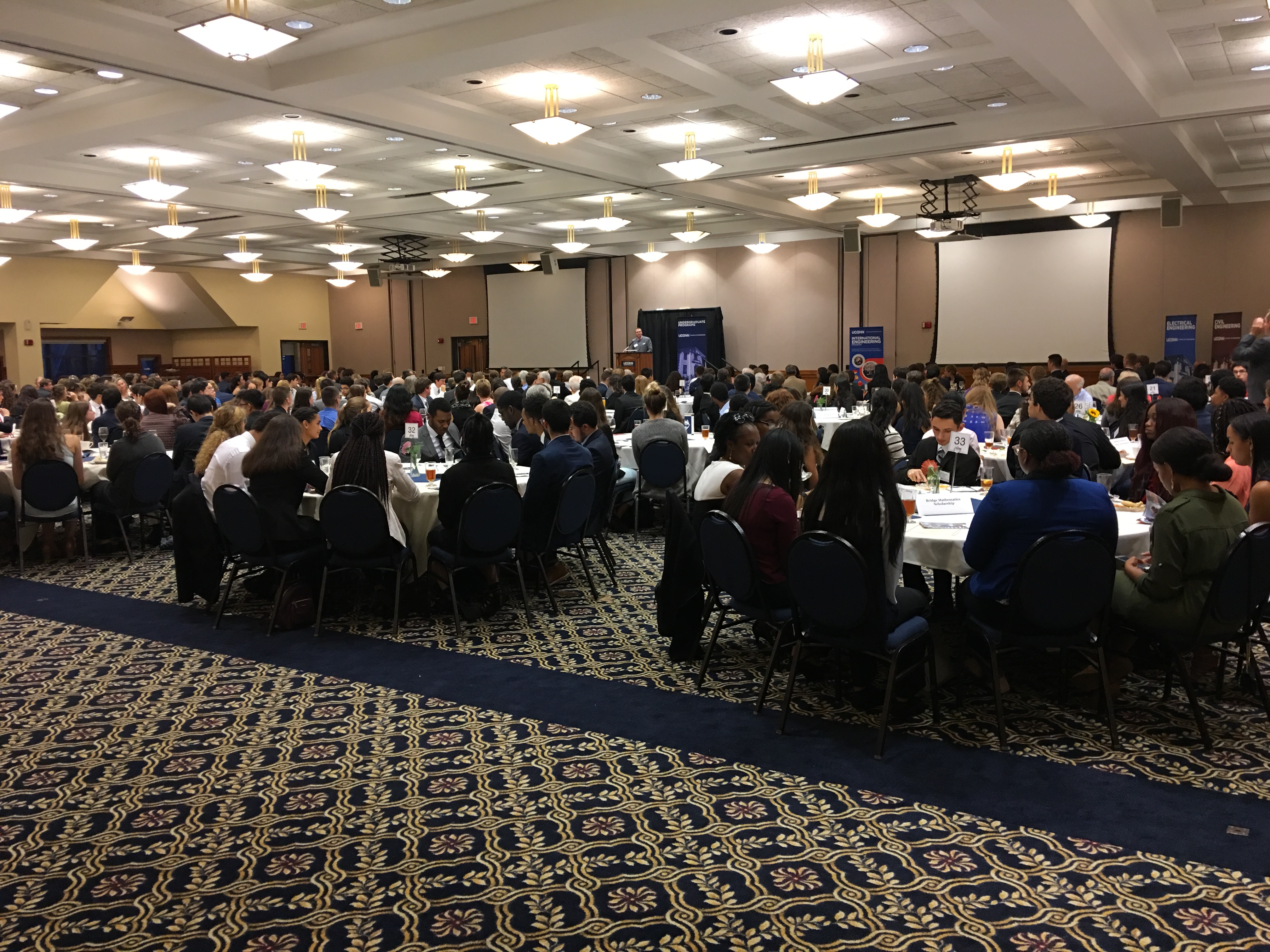 Three-hundred and eight worthy students gathered in the Rome Ballroom on October 10, excitingly accepting their scholarships, while also meeting face-to-face with their donors.

One-by-one the students beamed as they shook hands with their donors and swapped stories, clutching the certificate they just received.

The ceremony, and the certificates, were all part of the annual UConn Engineering Undergraduate Scholarship Ceremony, which rewards students who have exhibited exceptional accomplishments in their academic career.

Dr. Kazem Kazerounian, UConn Engineering Dean, said that this event is important because it celebrates and recognizes some of the School’s top students:

“You all are the true spirit of engineering, and are the very top,” Kazerounian said. “Because of that, you will proudly carry that torch forever, and make us proud when you graduate.”

Over $550,000 was given out to students from individual donors, distinguished alumni, small businesses, and large companies like Eversource Energy, General Electric, and United Technologies Corporation.

Dana Hamed ’20 (BME), a student receiving a School of Engineering Centennial Scholarship, said that she hopes she has the opportunity to give back to students in the future:

On the donor side, Dr. John Wyatt ’73 (B.S., Chemical Engineering), who was fundamental in setting up the ExxonMobil UConn Alumni Endowed Fund, during his time working for the company, said:

“You should all be proud of what you have accomplished, and bask in these college years, but don’t stay too long,” Wyatt said. “There’s a lot of work to do out there, and we have a lot of energy problems, and environmental problems, and we need all of you to get out there and get that work done.”

“Dr. Enderle started out at a community college, where he met someone who inspired him to design devices that would benefit humanity,” Korentis said. “In 1973, he received a scholarship to attend RPI, and ever since that day he never looked back. I think that’s an important lesson to everyone receiving a scholarship tonight, to know that it’s important never to look back.”

Ending the night, UConn Engineering Associate Dean for Undergraduate Education and Diversity Daniel Burkey left the students with some words of encouragement:

“So much of what scholarships do is launching you as future engineers,” Burkey said “We look forward to all of the great things you’re going to do once you graduate.”

For a full listing of all of the scholarships and recipients, please click here.